A Question From India on God's Personhood 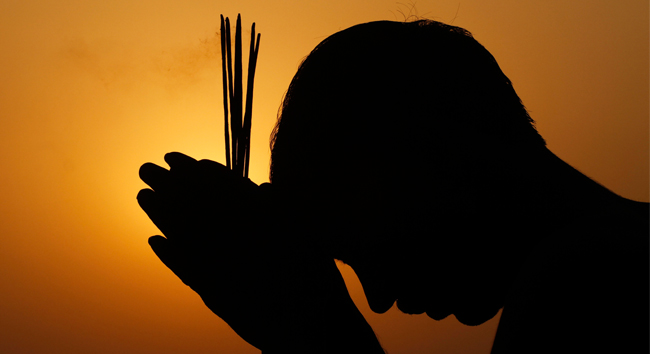 An Indian Christian asks Dr. Craig to help him show his Hindu friends and family that God is personal

Transcript A Question From India on God's Personhood

Kevin Harris: Dr. Craig, several questions for you in the mailbox. This says,

Dear Dr. Craig, I always see that whenever there are questions with competing worldviews, Christian apologetics usually deals with atheism and Islam. It is rare that one finds any mention of pantheistic religions and Eastern religions. As an Indian, I'm really interested in knowing the Christian response to Eastern and pantheistic religions such as Hinduism, Buddhism, Sikhism, etc. I was born in a Sikh family and I was once very passionate about Sikhism. I came to know Christ when I was about sixteen years old. Ever since I've been surrounded by people with conflicting beliefs because I once had these same beliefs as they. I am always under the pressure to justify why I left those beliefs and became a Christian. Because of that pressure, I sometimes try not to tell or share my Christian faith.

Dr. Craig: That is really unfortunate. I think that he needs to be bold in sharing his Christian faith and not to be reticent. That would be a huge mistake. They need to hear this same message that has changed his life. I think he is right about the absence of apologetics directed toward pantheistic religions, and I think that is probably a reflection of the fact that most people who are doing apologetics these days are in the West, and in the West we are most confronted with the challenges of secularism and now increasingly Islam. But we don't feel the presence of Buddhism or Hinduism as keenly in the West as someone like our reader here who lives in India would. But he is absolutely right that for those millions and millions of people who are living in countries where Buddhism, Hinduism, and other pantheistic religions are dominant, we need to have apologetic arguments that will be directed at them as well.

I've been trying to construct a case for Christianity which targets mainly the Eastern and pantheistic mindset. The arguments for the existence of God can establish a personal God exists. But I am more interested in arguing why an impersonal God cannot exist. One approach which seems obvious to me is to use the argument for the beginning of the universe. It will serve two purposes. Firstly, one could argue for a personal God which is the creator. Secondly, one can also argue that an impersonal God cannot exist. My argument for the second point goes like this:

2. But the universe is not eternal because it had a beginning.

Dr. Craig: I certainly think that he is right in saying that the defense of the personhood of God is a critical component of theism and helping to distinguish it from pantheism. But I think that the arguments for God's being a person are exactly the same arguments that one might use against God's being impersonal. In other words, I am puzzled that he would not see that they accomplish this same end. If you can prove that God is personal then you have thereby disproved the view that God is impersonal. In fact, his argument that he offers here is just a recasting of the kalam cosmological argument. He says, “For an impersonal God to exist, the universe has to be eternal because an impersonal God cannot freely create the universe.” Well, that's exactly the argument that I use to justify the personhood of the cause of the universe which is arrived at in the kalam cosmological argument. If this cause were impersonal, just a sort of mechanically operating set of necessary and sufficient conditions, then the universe would either be produced from eternity or not at all. If the sufficient conditions are there from eternity, the universe would be from eternity. If the conditions are not there from eternity, then the universe would never be produced because you've got a permanent set of causal conditions which are not sufficient for the effect. I think that the best way out of that is to say that the cause of the universe is personal and is therefore capable of creating a new effect in time without any antecedent determining conditions. So my argument for the personhood of the first cause is really the same thing that he summarizes here in premise (1). Then premise (2) the universe is not eternal because it had a beginning.[1] That just is the second premise of the kalam cosmological argument – the universe began to exist. Then he concludes that therefore an impersonal God cannot exist. Indeed, what we want to say is something stronger, I think – that a personal God exists. The cause of the universe is personal.

Or consider the teleological argument for a designer of the universe. Again that gives you a personal, intelligent designer of the cosmos. He could just kind of turn the argument around to say that an impersonal cause of the cosmos cannot explain the fine-tuning of the universe. He would argue that it would have to be due to either physical necessity or chance on such an account and neither one of those works. So you need to have a personal designer.

The moral argument also gives you a personal grounding of the good in a supreme, personal being. What one might argue here is similar: moral values are grounded in persons and therefore ultimate reality, and if there is a ground for the good it cannot be impersonal. Indeed here he can draw upon Hindu thought which says that the distinction between good and evil is ultimately illusory – it belongs to the realm of Maya (or illusion) and that the Absolute is without distinctions and therefore is neither good nor evil. The impersonal Absolute cannot be the source of good. So they are forced to say that moral values and duties are simply illusions. If one argues against that you will show that the metaphysical ultimate or Absolute cannot be impersonal.

So I think he is wholly on the right track and that these traditional arguments that God is personal can be used to show that pantheism is untenable. Therefore, Hinduism, Buddhism, and other pantheistic religions are less plausible than personalistic theism.

One of the things I like about the arguments that I use for theism is that they refute not merely secularism but they also refute these pantheistic views of the world which either regard the world as divine or think of the Absolute in impersonal terms.

My problem doesn't end there. I don't think it sufficient to refute Hinduism. Hinduism doesn't seem to rely completely on a pantheistic worldview. Therefore, I am not sure that even if an impersonal God doesn't exist that it shows that Hinduism is false. Hinduism has many other personal Gods. There is Brahma which is the creator, there is Vishnu which is the protector, and Shiva the destroyer. Now these seem like personal Gods.

Dr. Craig: Right. Now he is talking about folk Hinduism. Certainly folk Hinduism is rife with millions and millions of gods, but in Vedanta Hinduism and Philosophical Hinduism the Absolute is impersonal and ultimately without distinction. So the world around us, the world of distinctions, is all illusory. Now there is a tiny minority tradition within Hinduism, largely ignored today, that is actually theistic. He might want to appeal to that tradition. There are schools within Hinduism – very small – that do hold to personal theism and would disagree with Vedanta Hinduism. That might be a point of contact with the Hindu. But your argument against these polytheistic deities would be the same that you would give against ancient Greek and Roman polytheism. These are just finite beings, not ultimate beings, not the Absolute. You still need to get back to a metaphysical necessary ground for a creator of the universe who is the source of absolute moral values.[2]