Is the Watchmaker Argument Still Valid? 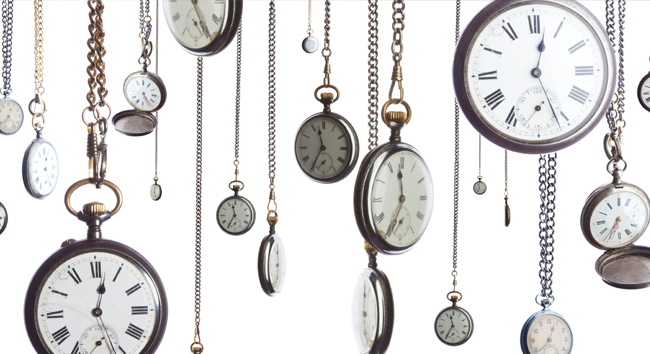 Some say William Paley's famous "Watchmaker" argument has been refuted. But has it?

Kevin Harris: Dr. Craig, sometimes when we hear something so often that we just kind of accept it as true. An example that we are going to talk about today is that William Paley's famous watchmaker argument has been so refuted that it is not even considered anymore and it is on the dustbin of arguments never to be revived. We will look at his famous watchmaker argument here in just a moment, but is that true?

Dr. Craig: I think William Paley is still much in discussion. His design argument, I think, is still relevant today. The question of the best explanation for the biological complexity in the universe, I think, is an open question.

Kevin Harris: Still, the most common thing that you hear (and it might prevent some people from even looking at the argument which is very elegant and beautiful in the way it is written) is that until Darwin it reigned supreme but Darwin put an end to this. Apparently, as you wrote in Reasonable Faith, it still has merit.

Dr. Craig: Yes, I think that Paley's argument is often misrepresented by philosophers today as reasoning by analogy and that Hume destroyed this sort of analogical argument. But if you read the watchmaker passage carefully I don't think that Paley is reasoning by analogy. The idea is that when you look at machines (the world looks like a machine) and a machine is designed so the world must be designed. It is an argument from analogy.

Kevin Harris: Bill, do us a favor and read the argument as he wrote it.

Dr. Craig: All right. This is from his Natural Theology:

In crossing a heath, suppose I pitched my foot against a stone, and were asked how the stone came to be there; I might possibly answer, that, for any thing I knew to the contrary, it had lain there for ever: nor would it perhaps be very easy to show the absurdity of this answer. But suppose I had found a watch upon the ground, and it should be inquired how the watch happened to be in that place; I should hardly think of the answer which I had before given, that, for any thing I knew, the watch might have always been there. Yet why should not this answer serve for the watch as well as for the stone? Why is it not as admissible in the second case, as in the first? For this reason, and for no other, viz. that, when we come to inspect the watch, we perceive (what we could not discover in the stone) that its several parts are framed and put together for a purpose, e. g. that they are so formed and adjusted as to produce motion, and that motion so regulated as to point out the hour of the day; that, if the different parts had been differently shaped from what they are, of a different size from what they are, or placed after any other manner, or in any other order, than that in which they are placed, either no motion at all would have been carried on in the machine, or none which would have answered the use that is now served by it. To reckon up a few of the plainest of these parts, and of their offices, all tending to one result:-- We see a cylindrical box containing a coiled elastic spring, which, by its endeavour to relax itself, turns round the box. We next observe a flexible chain (artificially wrought for the sake of flexure), communicating the action of the spring from the box to the fusee. We then find a series of wheels, the teeth of which catch in, and apply to, each other, conducting the motion from the fusee to the balance, and from the balance to the pointer; and at the same time, by the size and shape of those wheels, so regulating that motion, as to terminate in causing an index, by an equable and measured progression, to pass over a given space in a given time. We take notice that the wheels are made of brass in order to keep them from rust; the springs of steel, no other metal being so elastic; that over the face of the watch there is placed a glass, a material employed in no other part of the work, but in the room of which, if there had been any other than a transparent substance, the hour could not be seen without opening the case. This mechanism being observed (it requires indeed an examination of the instrument, and perhaps some previous knowledge of the subject, to perceive and understand it; but being once, as we have said, observed and understood), the inference, we think, is inevitable, that the watch must have had a maker: that there must have existed, at some time, and at some place or other, an artificer or artificers who formed it for the purpose which we find it actually to answer; who comprehended its construction, and designed its use.

Kevin Harris: That was beautiful, Bill.[1] Discuss with us perhaps what you gather from it, and some strengths and some weaknesses of this argument as it stands.

Kevin Harris: It sounds to me that if William Paley were living today that he would be a member of the intelligent design community. Do you think he would resonate with that enterprise?

Dr. Craig: I think they have built upon his work. So in that sense, yes, he is a progenitor of that movement.

Kevin Harris: What an inspired piece of writing there, just reading it.

Dr. Craig: Yes, one of the things that I love about Paley is that he was the equal of David Hume in his mastery of the English language. Whether you read Hume or Paley, you are reading someone who is a master of English prose. Although many people think that Paley's argument was refuted by Hume, Paley actually wrote the Natural Theology in full cognizance of Hume's work and refuted the objections that Hume brings against the design argument in his dialogues concerning natural religion. So far from being a refutation of Paley, Hume's work is actually overtaken by Paley's work, I think.

Kevin Harris: We see a foreshadowing of what Behe and others have called irreducible complexity and things in the cell that Darwin was not aware of.

Dr. Craig: Yes, I think you do see foreshadowings of it in Paley. I think that is the way to put it. There is so much here that later theorists could develop, be inspired by, and improve upon. The whole project, for example, of someone like Dembski and his design inference is to try to understand what makes an inference to design justified. How do we justifiably infer from finding the watch on the heath that it is the product of design? Dembski argues that these kinds of design inferences are universal in human experience. We all recognize examples of design when we confront them and don't think they are just products of chance or natural causes. So the question would be: do we find these same indications in biological organisms? Paley thought we did, and intelligent design theorists of today also think so.

Kevin Harris: Bill, as we conclude today, you often in your arguments refer to fine-tuning of the universe, which is not really a design argument in the sense of Paley's argument?[2]

Dr. Craig: No, I think it is a design argument.

Kevin Harris: Oh, it is?

Dr. Craig: But it does an end-run around this emotionally poisoned issue of biological evolution and creationism. I think in our culture, people's minds are so poisoned by the acrimony over the creation-evolution disputes in the classroom and in the courtroom that one will get a better audience – a more open audience – to one's argument if you avoid biological instances of design and instead go for the fine-tuning which is at the very beginning of the universe and sets the table for evolution to occur anywhere in the cosmos. If that fine-tuning cries out for a designer then considerations such as Paley adduced simply layer on even more improbability and underline the need for a divine Designer of the cosmos.[3]