Questions about A-Theory of Time and Abstract Objects 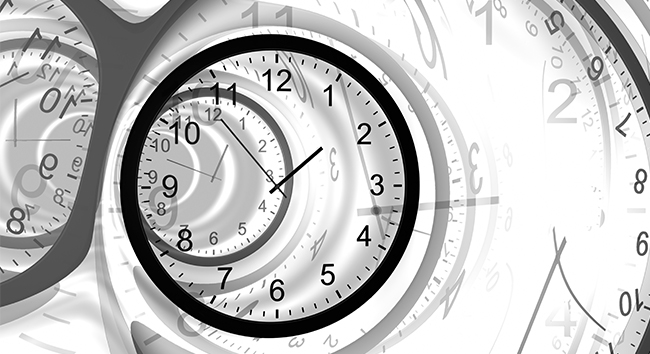 Listeners ask Dr. Craig about the Kalam Argument and time, and about the nature of abstract objects

Transcript Questions About A-Theory of Time and Abstract Objects

KEVIN HARRIS: You’ve got the podcast – it’s Reasonable Faith with Dr. William Lane Craig. I’m Kevin Harris. The next few weeks we are going to look at some questions that have been sent in. Just so you’ll know the drill, be sure and check out the question and answer archives on our website[1]before you send Dr. Craig a question to make sure your question hasn’t been addressed. That will save us all some time. If it has been addressed and you’ll like some further elaboration, that’s all good. Send it in. Speaking of the Q&A section, have you made it a routine to read those questions and answers? It is an education! Questions you may have never even thought about are included in those archives. You can read one a day and before long you’ll have covered some amazing topics. So check out all the archives – the question and answer archives, the podcast archives, and lots more at ReasonableFaith.org.

By the way, if you can, help us spread the word about these podcasts. We depend on you, our friends, to help us let people know about the podcast and other Reasonable Faith resources. Even if you disagree with a particular topic, we can at least keep the conversation going when you let people know about Reasonable Faith. So use your social media, your church group, or when you are just hanging out with people, help us get the word out. Thanks so much.

Dear Dr. Craig, I’ve seen you state that we must go with the A-theory of time in order to run the kalam cosmological argument because things don’t begin to exist on B-theory. Why can’t we simply re-word the kalam to work on B-theory? I have thought of the following formulation:

1. That which exists at time t but does not exist at any earlier point in time has a cause.

3. Therefore, the universe has a cause.

DR. CRAIG: It is certainly true that as I develop and defend the kalam cosmological argument I presuppose an A-theory of time, that is to say, the view that temporal becoming is a real and objective feature of the universe. I think that this makes the necessity of a cause of the beginning of the universe just patently obvious because the universe doesn’t just tenselessly begin to exist in the sense of having a front edge. It comes into being. Surely, something cannot come into being without a cause. So it seems to me that this is the natural way to think of the argument. But I wouldn’t disagree with this fellow’s formulation, and I think many B-theorists who believe that temporal becoming is just subjective would also agree with his argument. If something exists at a time t but it does not exist at any earlier point in time then it has a cause. Therefore, since the universe does exist at time t which there is no earlier time where the universe existed, it would follow the universe has a cause. I agree. You can run the argument on the tenseless theory of time if you are persuaded of the causal principle even given the absence of objective temporal becoming.

Let me just say that I think many B-theorists would hold to the truth of the causal principle. They would say, for example, that if a horse began to exist at three o’clock in the afternoon on October 15 in your living room, there had to be a cause that brought that – I almost said that brought the horse into being but that wouldn’t be correct on the B-theory. There had to be a reason the horse started to exist at t and did not exist at some prior time to t.

KEVIN HARRIS: Talk to us just a little bit about what we mean what we are illustrating when we say “at time t, at time t1, and time t2 and before time t.”

DR. CRAIG: Those are symbols for different times. One uses the letter “t” because the word “time” starts with “t.” It is just a way of specifying a moment of time to say “at a time (and you label it ‘t’) something exists but at no time t* (earlier than t) did the thing exist then it has a cause.” You are just denominating by those letters different moments in time.

KEVIN HARRIS: It looks better when you see it written out sometimes.

Dear Dr. Craig, I want to start off by thanking you for your immense contributions toward Christian apologetics.[2] The knowledge I’ve gained through Reasonable Faith has really enabled me to defend my beliefs in the college classroom. Your work is much appreciated. My question is in regard to a part of your answer to the question of the week number 236. You said,

DR. CRAIG: I would agree with what he says here. I do not think that goodness and the laws of logic are abstract objects. I think that not only are moral values grounded in God himself who is a concrete object, but logic as well is grounded in God himself who is supremely rational. It is odd that he says he thinks I am an anti-realist for some abstract objects but not for others like goodness and morality. That is quite wrong. We just said – and he said – that I take the good to be a concrete object, namely God himself. I don’t understand what his difficulty is. He, himself, just said that on the view I defend goodness is not an abstract object. Rather, it is God himself.

KEVIN HARRIS: The notes on the paper would be tokens.

KEVIN HARRIS: The note on the violin playing that puts out the sound waves . . .

DR. CRAIG: That would be a token as well. But neither of these are identical with Beethoven’s Fifth Symphony on this view. On the realist view or the Platonist view it is an abstract object but usually thought to be a created abstract object. Beethoven created it. That would be the only reason why I would take an anti-realist approach to some abstract objects but not others. Namely, I have theological objections to abstract objects which are uncreated, necessary, and eternal. But if you want to believe in abstract objects that are created, contingent, and temporal, I have no objection to that. I am quite happy to say that God is the concrete ground of logic as well as morality.

KEVIN HARRIS: So you can say God is logical?

KEVIN HARRIS: All right! More Q&A with Dr. Craig next time on Reasonable Faith. Be sure and come back and join us. We’ll see you then.[[4]