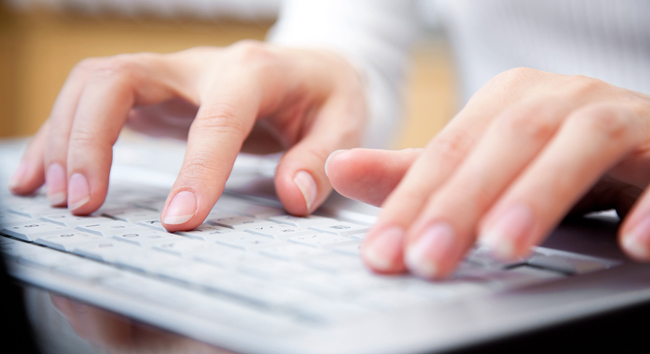 What are some of the top secular bloggers saying about Dr. Craig these days?

KEVIN HARRIS: Every once in a while we go online and see what the guys over at Secular Outpost are doing and saying. Articles here that address you and some of your views. One here that we'll look at of these three - “William Lane Craig Admits His Debate Quotations of Anthony Kenny Are Misleading.[1] It begins,

In his popular debates on God’s existence, William Lane Craig is fond of quoting philosopher of Anthony Kenny regarding the combination of atheism and Big Bang cosmology.

Now this tends to be very awkward for the atheist. For as Anthony Kenny of Oxford University urges, “A proponent of the Big Bang theory, at least if he is an atheist, must believe that . . . the universe came from nothing and by nothing.”

This article goes on to say that you admit that Kenny is wrong about that because, why? A person can take a B-Theory of time rather than an A-Theory. So you disagree with Kenny. Then why quote him?

DR. CRAIG: I think Kenny's statement holds on either a tenseless or a tensed theory of time. But I think it is very ungenerous to say that Kenny is misrepresenting the implications of Big Bang cosmology and so forth. It seems to me that his statement when sympathetically interpreted is true – is correct.

KEVIN HARRIS: I haven't heard you use that quotation in years either.

DR. CRAIG: No. It is rather dated. He was talking about the standard model. So, in more recent years, I've been using other quotations to support the causal premise.

KEVIN HARRIS: The second one is: “William Lane Craig Admits that His Fine-Tuning Argument is Based Upon Speculation.”[2] Again, for our listeners, the fine-tuning argument and what is the beef here?

1. The fine-tuning of the universe is due either to physical necessity, chance, or design.

2. It is not due to physical necessity or chance.

3. Therefore, it is due to design.

It is important to understand when we talk about fine-tuning that we are talking about the probability of the constants and the fundamental quantities of nature in a universe governed by our laws of nature falling into the life-permitting range. We are not concerned about universes operating according to different laws of nature. We are only concerned about universes that operate according to the same laws of nature but have different values of the constants and quantities. The point is that when you look at that range of life-permitting values, it is so infinitesimally tiny compared to the range of physically assumable values that it is absurdly improbable to think that this all just happened by chance.

That is simply inaccurate. The reason I gave for not considering universes operating according to different laws of nature is that we can't predict what would happen if you changed the constants and quantities in universes operating according to different laws. But the point of considering only universes operating according to present laws of nature is precisely that you can predict what would happen.[3] What has been shown over and over again is that in order for embodied conscious agents to exist, the values of the fundamental constants and quantities must fall into this exquisitely tiny life-permitting range. What you are comparing here is the ratio between the life-permitting range and the range of physically assumable values. That life-permitting range is so infinitesimally tiny by comparison that it becomes highly, highly improbable that all the constants and quantities would fall into this range by accident alone.

So it is by no means based upon sheer speculation. On the contrary, fine-tuning is a religiously neutral fact of physics that is recognized by the majority of scientists today. The question is: how do you best explain this?

DR. CRAIG: All of these articles seem to be about what I am admitting or endorsing. It is sort of an appeal to authority – my authority!

KEVIN HARRIS: This comes from a question of the week.[5]

KEVIN HARRIS: As I recall, that question was, Does the immense size of the universe point in the direction of theism or away from theism? Apparently, some people, including Jeff, would make arguments that that is an argument that would point away from God ultimately.

KEVIN HARRIS: You not only answered that – that is question of the week 452, a little over a year ago – but you also answered what people say all the time. I hear it almost constantly. Why would God waste so much space? Why does it have to be so big? That is number one on the charts that people ask. You actually addressed that there when you talk about waste and resources and things like that.

DR. CRAIG: That's right, Kevin. The universe has to be as large as it is because it takes that long for the stars to cook up the heavy elements in their interiors of which life then is made. Given that the universe is expanding, it will take that long to get those elements and therefore the universe will be as big as it is by the time life like us will exist in the universe. That is not problematic for God because God has unlimited time and unlimited resources. So he is not concerned that there would be a lot of empty space in the universe. So what?

KEVIN HARRIS: Waste only applies to someone with limited resources.

KEVIN HARRIS: If you are not limited then you don't have to worry about waste. He does give kind of a parting shot here at the end. He says, “Regardless, this is progress. Next we need to get Craig to finally admit that facts about evil / pain / suffering also count against theism.”

DR. CRAIG: I would like to see the argument for that. I think that it is very difficult for the atheist to support the conclusion that pain and suffering are more probable on atheism than theism because of our cognitive limitations that make it impossible for us to assess whether or not God has morally sufficient reasons for permitting the evils in the world.[6]