A Mistaken View of Love 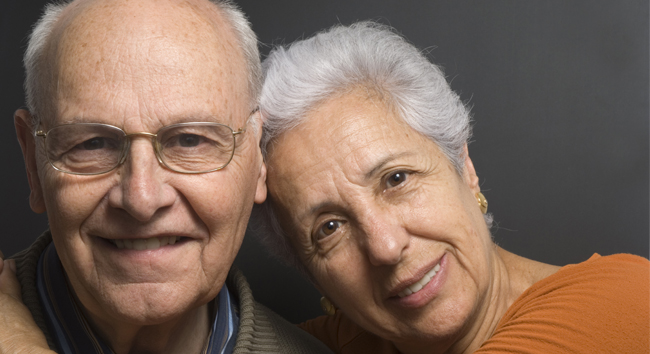 Do we have a faulty, immature view of love devoid of emotion and compassion? Dr. Craig offers some correctives that could be life-changing!

Transcript A Mistaken View of Love

Kevin Harris: This is the Reasonable Faith podcast with Dr. William Lane Craig. Dr. Craig, you were in Los Angeles a while back, and you happened into a church and heard a sermon, and you wrote about the contents of the sermon. A lot of people have taken a look at that and gone “Wow.” It is a mistaken view of love that we sometimes have. I realized that maybe some of this was creeping into my own life when I looked at this. Spell it out – what happened?

Dr. Craig: I was teaching at Talbot School of Theology in January for two weeks and because that takes me over a Sunday I looked for a local church to attend. So I attended Grace Evangelical Free Church in La Mirada. One of the pastors there is Erik Thoennes who is a Professor of Theology at Biola University. He is a very insightful theologian and a wise man. His text for his sermon was Hebrews 13:1, “Let brotherly love continue.” He gave a whole sermon on just those few words. The sermon was just filled with all sorts of nuggets of wisdom that I found very provocative and helpful. One of them was his criticism of the view that love doesn’t involve emotions. One will very frequently hear it said that love is not a feeling, love is a decision. This will often be said in marriage counseling situations, for example, where you may not feel love for your spouse anymore but you make a decision, “I will love her” (or “him”) and we will work through this problem.

Dr. Craig: Or with someone else that is particularly disagreeable – a boss or family member or even perhaps a persecutor. It is very often said that when we are commanded to love others – even love our enemy – that this is a decision. It is not some sort of emotional feeling. Thoennes was disagreeing with that, which has become I think sort of the conventional wisdom. He said this can lead to the attitude, “Well, I have to love you but I don’t have to like you.” So, you can regard other people in such a way that you don’t really have any affection or feeling for them, but you treat them in a loving way. He said that’s true – that with many people, we never can get past that point in our lives. There will be people for whom we never have the chance to really build an emotional bond of affection.

Kevin Harris: But we love them anyway.

Dr. Craig: Yes, we treat them in loving ways. We make a decision to act in a loving way toward them whether we have those feelings or not. And he recognized that. But he said if you think that that is all that love is – that that is the end goal of love – then he says you have fallen short. He says a full and mature love will involve a genuine affection for the other person. This is a reflection of the way that God loves us. He said that he’s afraid that many people may think of God’s love for them as a love that is without affection. They think, “Well, God loves me but he doesn’t really like me.” When you think of what that would do in your relationship to God, I think you can imagine how debilitating that would be if you think that God really doesn’t like you as a person. But he sort of tolerates you and loves you because he has to. It is almost as though if love were not an essential property of God, if he were freed from the necessity of loving you, then he really wouldn’t love you if he didn’t have to.

Dr. Craig: I’ve got to be essentially good – yeah! [laughter] So Dr. Thoennes was saying that this is just a mistaken image of what God is like. The Bible affirms that God has genuine compassion. Think of the etymology of that word – com-passion. It is to have feeling with the other person. To be connected with that other person emotionally.[1] God has genuine affection for us. Therefore, if we think of love merely as a decision and not a feeling, we are apt to mischaracterize God’s love for us and in turn that will make it, I think, very difficult to respond to God’s love if you think God really doesn’t like you, doesn’t really have any affection for you. It occurred to me at the time I was listening that it may also be the case that not only do some Christians look at God that way, he may also have that kind of affectionless love for God. They give God his due but they don’t really like God. They will worship him, they will do the things that they are obligated to do, but they don’t really like God. That is really frightening. I talked to some people who are Christians I think who labor under that problem. They don’t really like God but they dutifully do their obligations. So this was really a thought provoking sermon for me.

Dr. Craig: I almost hate to say it, but some people that I’ve talked to who come out of the Calvinistic and Reformed tradition . . .

Kevin Harris: You just had to go there, didn’t you?

Dr. Craig: I know, sorry. Because that is Dr. Thoennes’ tradition as well. Honestly, I’ve talked to people who come out of that tradition who I think deep down inside really harbor a kind of dislike of God because of his predestinarian, all-controlling activity. He is the one that is responsible for sending their loved ones to hell because that is the way he’s chosen to do it. You just give God his glory because it is due to him. Give God glory but you don’t really like a person such as God as described in that sort of theology.

Kevin Harris: I know it is anecdotal. I’ve talked to at least two people who just became very depressed. Very devoted to God and everything, very Calvinistic in their tradition, but it just really depressed them. I know that our Calvinist friends will have a million rebuttals to that. It is not about the rebuttals. It is not about what we are talking about right now. It could also be perhaps someone who is very legalistic.

Dr. Craig: Yes, yes! Right, who have a very legalistic concept of God and so obeys God, toes the line, but doesn’t really like God. I think that is correct as well, Kevin.

Kevin Harris: Does the God of Islam generate easily that kind of reaction?

Dr. Craig: I think for many majority tradition Muslims that is true, for example, the Sunni tradition where it is just a matter of law keeping. Now, there are more mystical traditions in Islam, like Sufism, where there is more of a relationship with God that is emphasized. But I think you are right. For many Muslims there would not be this sort of real love for God, nor would they affirm that God loves them in this sort of way that we are talking about there. I remember talking to one Muslim man who said it was just inconceivable to him that Allah could love us because we are like worse than ants to him. You wouldn’t love ants. You wouldn’t love mere insects. So for him the idea of God’s loving us is just inconceivable. What Dr. Thoennes wants to emphasize is that God really has care and affection and compassion for us. He likes you! That is a tremendously affirming thought that I think can help us accept ourselves when we dislike ourselves and to be a better adjusted person as we go through life.

Kevin Harris: Yeah. Usually our view of God will affect how we treat others. If you have a harsh God then you tend to be harsh to others. If your ultimate is harsh, well then what trickles down is harsh. That is true with some people. I know that some Christian psychologists have pointed that out. Bill, one quick thing here. When it comes to marital relations, we do hear that it is a decision and a commitment. Perhaps you’ve heard marriage counselors and those who work with families – I know I’ve heard Gary Smalley – say perhaps there is a dry time in your love life, in your marital life, when you do have to fall back on the commitment and not the emotion.[2] But Gary Smalley said something along the lines of this – did you know that when you hang with that commitment and you treat your spouse and others lovingly that even if you don’t like them that that will start to change? So there could be a period were you do fall back on your commitment but that doesn’t mean it has to stay there because love perhaps has this generating, maturing property in process.

Dr. Craig: Yeah, rather than saying that love is not an emotion, maybe what we should be saying is love is not merely an emotion. Love is, as you say, a kind of decision that you make and you act on. But love when it comes to its full maturity and full flower should involve an emotional bonding with the beloved. You want in your marriage to feel emotionally connected to your spouse and not just be carrying out a sort of dry, feelingless decision driven sort of love.

Kevin Harris: That has really brought us back to a strong reality.

Dr. Craig: Well, we can thank Erik Thoennes for that. I thought it was a wonderful Sunday morning, and I really benefited personally from hearing his message that morning.[3]