Does Dr. Craig Have an Orthodox Christology? 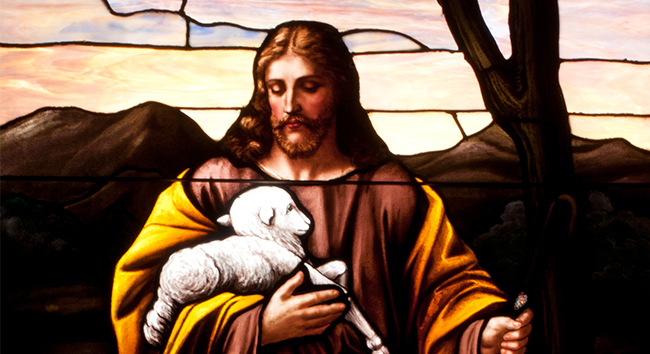 Dr. Craig clears up rumors concerning his views on the doctrine of Christ.

Transcript Does Dr. Craig Have an Orthodox Christology?

KEVIN HARRIS: Does William Lane Craig have an orthodox Christology? Bill, since you are sitting right here in front of us, I guess we can ask you that. I got an article[1] sent to me from Richard Bushey. He’s got a website called ThereforeGodExists.com where he defends you against rumors. He actually begins this article by saying,

Gossip is a feature of the world from which Christians are called to abstain. For we cannot spread rumors about people, attribute statements to them, and misrepresent them, especially without knowledge and behind their back. When we do that, we are guilty not only of our own sin, but of enticing others to do it as well . . .

Apparently someone was saying somewhere online that you embrace some form of Christology. Meaning what? The incarnation . . .

DR. CRAIG: Right, a doctrine of the person of Christ.

KEVIN HARRIS: Have you ever heard any of these rumors attributed to you?

DR. CRAIG: Not these specific rumors, but I did have some extensive discussions with colleagues in the Theology Department at Talbot School of Theology over this issue where some of them were concerned about my espousal of this what I called a Neo-Apollinarian Christological model. But as Bushey emphasizes in his blog, “William Lane Craig provides a possible Christological model.” The word “possible” is very important. As I wrote in Philosophical Foundations for a Christian Worldview where I lay out this model, what I am offering is merely a possibility. I said we cannot be dogmatic. No one knows how to explain the mystery of the incarnation, but what we can do is offer possible models that are philosophically coherent and biblical faithful. I claim that the model I offer is such a possibility. Well, when the dean at Talbot heard that, he said, This is no problem. You are not even espousing this view. You are just offering it as a possibility to defeat objections to Christian faith. Muslims and secularists in particular denounce the incarnation as an incoherence – it is logically incoherent to say that one person can be both human and divine. By offering this model I suggest that this is not at all logically incoherent, and moreover that this is a biblically faithful portrait of Jesus as well.

KEVIN HARRIS: We can consult so much of your work on this and in some of the podcasts as well, but give us a thumbnail of Neo-Apollinarianism.

DR. CRAIG: What I suggest is:

1. We agree with the Council of Chalcedon that in Christ we have one person with two natures – human and divine.

Those are the three planks of the model.

What I argue in my Neo-Apollinarian proposal is that the Logos brought to the human body just those properties which would make it a complete human nature – things like rationality, self-consciousness, freedom of the will, and so forth. Christ already possessed those in his divine nature, and it is in virtue of those that we are created in the image of God. So when he brought those properties to the animal body – the human body – it completes it and makes it a human nature. Against Apollinarius, I want to say that Christ did have a complete human nature. He was truly God and truly man. Therefore his death on our behalf as our representative before God was efficacious.

KEVIN HARRIS: He goes on to say in the article that, contrary to what you will sometimes read in rumors, “William Lane Craig is combatting Nestorianism.” What is Richard telling us here about your view?

DR. CRAIG: What he is saying here is that if Christ had a merely human soul and merely human body in addition to the divine person then to me it is very difficult to understand why there wouldn’t be two persons in Christ – one human and one divine. Think about it. What goes to constitute a human person? It is a rational soul and a body. If you have a rational soul and a humanoid body, you have a human person. That is all it takes. So if you say that Christ had a merely human soul and a human body then why wasn’t there a human person, Jesus? Yet orthodoxy denies that. Orthodoxy says there is only one person in Christ (or who is Christ), and that person is divine. There is no human person, Jesus Christ. Jesus Christ is a divine person with two natures. I can’t make sense of that if we say that Christ had, in addition to his divine person, a merely human soul conjoined with a human body. That seems to me to be sufficient for another person in which case you have two Sons – one the divine Son and the other a human Son.

KEVIN HARRIS: Which chapter of the Bible do you think most sheds light on this? I am thinking Philippians chapter 2 where he was by very nature God and yet then it talked about setting aside his rights to deity. You covered this in Defenders class a lot. A lot of questions and a lot of people were commenting on it.

DR. CRAIG: Certainly in Philippians 2 you do have this magnificent statement of the incarnation – the full deity of Christ and yet taking on human form, the form of a servant, and then being obedient unto death. But it is not important to rely on any single biblical passage. We want to have a view that is consistent with all of the teaching of the New Testament about the person of Christ. This will include the Gospels as well which portrayed Jesus as having an ordinary human consciousness that grew from infancy, through boyhood, to manhood, and that knew the anxieties and the sorrows and the fatigue that are common to human beings. The incarnation should not be thought of as Superman disguised as Clark Kent. I think that is the view of the incarnation that many Christians tend to have: it is essentially a disguise. But a real incarnation such as you have in the New Testament would involve the baby Jesus having a consciousness like any normal infant, and the boy Jesus having a childhood consciousness, growing up and increasing in wisdom as he increased in stature.[3] The book of Hebrews even says that he was perfected through suffering. So we need to have a doctrine of the incarnation that takes the humanity of Christ seriously.

KEVIN HARRIS: This is a prime example – it sounds like to me – of how we take crucial passages throughout the Bible, but then we have some room here where we have to apply some philosophy and some theology in order to get a full-orbed view here. Fill in some of the blanks, and so on.

DR. CRAIG: Boy, is that true! Anybody who claims that he doesn’t go beyond the Bible doesn’t have an orthodox doctrine of the Trinity or the incarnation because these doctrines are shot through with philosophy – talk of persons and natures and essences and substances and things of that sort. These doctrines are formulated in philosophical categories.

KEVIN HARRIS: There just may be some key passages that we would go to from time to time to inform us on these.

KEVIN HARRIS: As I was editing down the Defenders class, I remember thinking, “Bill, is the emphasis here on the fact that Jesus set aside his rights to deity, not his deity?” Because you cannot set aside deity, but he gave up some of his rights to deity in order to take the form of a servant.

KEVIN HARRIS: This article really wanted to do two things. Teach an orthodox Christology and review your work on it in which he agrees, but also chastise people for not reading carefully enough and seeing a word in somebody’s article and thinking that they embrace it.

DR. CRAIG: Yes. According to this blog, he says, a lot of people have made judgments without ever having read what I’ve written about this in Philosophical Foundations for a Christian Worldview but just going on the basis of rumor and hearsay. He is certainly right to rebuke people for that.

KEVIN HARRIS: He says, “ If they have publicly called Craig a heretic for this reason, I would call them to publicly repudiate their comments and repent.”[4]