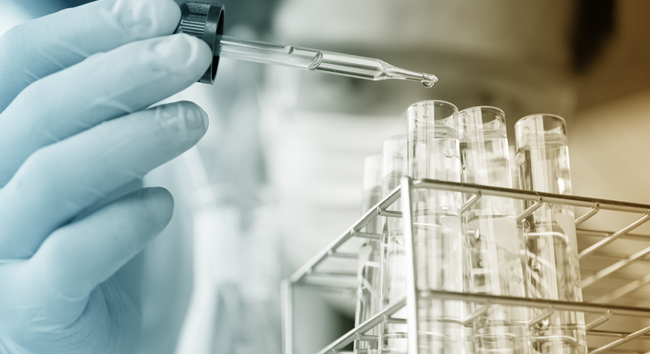 A study shows that studying Science in college does not harm one's religious beliefs, but studying the Humanities does! Why is this?

KEVIN HARRIS: Dr. Craig, I found an article: “Studying science doesn’t make you an atheist… but studying literature does!”[1] One of the reasons that is a kind of an attention-getter in a headline is that you don't expect that. You expect what you hear so often – science will upend your religious beliefs.

Chris Mooney has an interview with Elaine Ecklund, the researcher who’s been documenting the religious beliefs of academics for several years. . . .

One of the things Mooney picks up on is her conclusion that, although scientists are much less religious than the general population, it doesn’t seem to be that studying science is the cause. That’s because prospective scientists are mostly non-religious in the first place.

Bill, you've made this point a couple of times.

DR. CRAIG: Right. We've talked about this before. Elaine Ecklund is a sociologist at Rice University in Texas. She has done sociological studies on the religious beliefs of scientists and found that those beliefs were formed largely in their adolescent years before they became scientists. So it is not true that their unbelief is a result of their having studied science. She says their unbelief is for the reasons that typically attend adolescent unbelief – negative emotional experiences in the church, negative experiences at home, things of that sort. Her research shows that this idea that science and the study of science produces unbelief is, in fact, a sociological myth.

KEVIN HARRIS: The writer here, who is a non-theist, makes an assertion here. I don't know if it's true or not – I have my doubts. He says,

I guess that’s not too surprising. There’s a considerable anti-science movement within conservative Christianity, so highly religious people are less likely to go into science in the first place. And there’s no reason to suppose that learning about science should necessarily conflict with liberal religion. After all, mainstream religions have successfully accommodated science within their worldviews (often reconstructing God as a remote figure who lets evolution and the laws of physics do most of the work . . . .

DR. CRAIG: He undoubtedly means evangelical Christianity. But he is probably thinking here of Creationism that he would characterize as being anti-science. I think we would agree that the evangelical subculture has not prized science as a career path for our young people. We haven't set before them the vision of becoming a professional scientist as a calling from God. For that reason I think evangelicals are under-represented in the scientific community. I am a little bit more skeptical about his claim that because liberal religion has managed to accommodate itself to science that that would explain why science doesn't produce more unbelief, because supposedly religious believers in science are liberals. I think that is probably demonstrably false. I suspect that of scientists who are religious, a very high percent of them would be evangelicals.

KEVIN HARRIS: I hope that trend has changed about there being a lack of encouragement among evangelicals to send their children, their grandchildren, into the scientific field – the church in doing that. I hope that has changed. Be that as it may, why don't you take a moment and encourage the church right now?

DR. CRAIG: This is going to take generations to change. It hasn't changed yet. This is going to take a long time for us to help Christian youth to see that it can be a calling from God to become a professional biologist or physicist or economist or whatever. God's calling doesn't mean simply to become a pastor or a missionary. We need to see these other sorts of vocations as callings that we might have from God, and then to be a scientist to the very best of our ability to the glory of God.[2]

KEVIN HARRIS: To be a pastor, missionary, or on church staff is seen as a higher calling. Perhaps we shouldn't designate it that way?

DR. CRAIG: Perhaps not. It is a different calling.

KEVIN HARRIS: Different – that's for sure.

DR. CRAIG: But if it is not the calling that God has for you, it is not a higher calling.

And yet there is something odd going on here. Because college in the US is, in fact, a major non-religious epiphany for many students.

Take, for example, data from the ongoing Spirituality in Higher Education Study. This study is following nearly 15,000 students through their college years.

They’ve found that religious attendance plummets during college years. . . . According to the study organizers, this drop in attendance is closely related to an increase in “alcohol consumption and partying”. A shocking indictment of college life, I’m sure you’ll agree!

DR. CRAIG: I think that is an indictment of college life myself. I know people laugh at this, but I do not admire students who go off to study at university and then get engaged in binge drinking and partying as though this is what it is to get a college education. Even as a non-Christian, as a non-believer, I thought that what differentiated human beings from mere animals was the ability to control our passions and to bring them under rational restraint. Yet it seems that many college students don't exercise that kind of self-control. If binge drinking, partying, and drug use are the reasons for decline in religious attendance, those are not the sort of reasons that ought to elicit our admiration or respect. This is pathetic.

KEVIN HARRIS: We laugh it off as a rite of passage. It can be so destructive.

DR. CRAIG: Oh yeah. What they show here in their survey, for example, is that 43% of freshman were attending religious services frequently, but by the time they were juniors that percentage had fallen to 25%. As for the non-attendance – the sort of mirror image of this – 20% of freshman didn't attend religious services but by the time they were juniors 37% did not attend religious services. So college years were bad for attendance at religious services. At the same time, the paradox is that these same students increased in the importance that they ascribed to spirituality as an essential life goal. The survey shows that 41% of students as freshman considered it important to integrate spirituality into their lives, but over 50% thought that it was important when they were juniors. We are seeing here this trend we've seen elsewhere where spiritual or religious interest doesn't necessarily translate into church attendance.

KEVIN HARRIS: It says, “for the biological and physical sciences it’s a mixed picture, similar to what Ecklund found.”

DR. CRAIG: Right. If you look at their chart they give, where it shows the changes in religiosity by college major, it shows that in biology, engineering, and physical science and math they were mixed. The overall effect was neither negative nor positive. For some it was positive, some negative. But those majors did not seem to have a very significant effect upon the person's religious behavior. The majors that had a very positive impact on religiosity were education, vocational or clerical education, business, and what is classified as “other.” All of those majors – whatever those are – have an overall positive impact upon students' religiosity.

KEVIN HARRIS: And attendance as well – attendance to church services.

DR. CRAIG: Humanities would include your non-scientific areas; for example, literature (hence the title of the article), politics.[3] I don't know if they would include economics in this or not. Religious studies. In the social sciences are things like anthropology and sociology would be included there.

KEVIN HARRIS: The study of art?

DR. CRAIG: Yes, I suppose the arts would be in the humanities – that would be music and graphic arts. It is a big, big catch-all category.

KEVIN HARRIS: “Now, this might simply be because they were more religious to start with – but then, so were those who went into education.”

DR. CRAIG: Which made a very positive impact. So you can't say the reason they declined was because they were so religious to start with that of course there was attrition, because in education where was augmentation, not attrition.

In other words, humanities and social sciences, much more than biological and mathematical sciences, challenge you to imagine the world through the eyes of others. And this exercise in imagination undercuts religious dogma far more effectively than any science lesson can.

That is this person's diagnosis. I don't know if that is accurate or not.

DR. CRAIG: I don't either. That is his speculation as to what is behind these statistics. It could well be that it is because it is in the humanities that the radicals of the 1960s were able to find a place in the university and become ensconced as professors with the relativism that they were championing. In areas like anthropology and sociology you find tremendous relativism where you simply study these cultures and societies without making any sort of judgment as to truth with regard to what they believe. This leads to the belief that it is all relative; there isn't anything that is objectively true. John Searle is a very prominent philosopher at the University of California, Berkeley. Searle says that he believes that because of the commitment to the objectivity of truth and logic and the scientific method the hard sciences were barred to these radicals of the 1960s – getting into them and influencing them. But where they found an opening was in things like the Women's Studies Department, Religious Studies, Anthropology, Sociology. These soft sciences. He says the professors in these disciplines are the children of the 1960s that have carried into it their relativistic views of truth. I noticed here the conclusion by the researchers of the University of Michigan (apparently who did this study), “Our results suggest that it is Postmodernism, not Science, that is the bête noir [the black beast or the hated thing] of religiosity.” The enemy of religiosity is postmodernism, not science.

KEVIN HARRIS: Postmodernism, as you've pointed out, was mainly a thing confined to literature and the soft sciences.

DR. CRAIG: Right. Women's Studies, Religious Studies is rampant with Postmodernist perspectives. That has a real ring of truth to it, and could be the reason behind these statistics.[4]