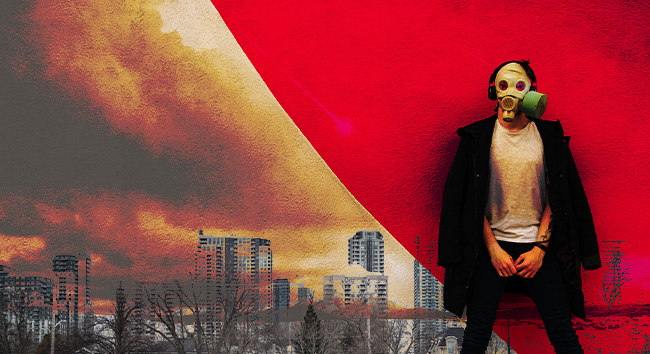 Dr. Craig examines an atheist's contention that Christians act irresponsibly due to their view of end times.

KEVIN HARRIS: Bill, with the pandemic and a crazy election, I think that end times fever has been at a real fever pitch. I was reading an article the other day about how crazy society got and how crazy things got when we turned to the year 1,000. People thought that that millennia was the end of the world; that there was something significant about the year 1,000. And en masse people gave away all their money, they sold their goods. It ruined the economy of villages. And then – boom – the year 1,000 occurred and nothing happened. Kind of like Y2K if you remember.

KEVIN HARRIS: All the fever about that as well. There are a couple of atheist bloggers who are complaining that we as believers don't participate in society effectively. In fact, we harm society because of our view on end times. If it's all going to end, there's no reason to pick up the trash, worry about the economy, or the ecology, or any of that. Have you run into this before?

DR. CRAIG: I've heard people make this accusation but I think there are no facts to support it.

KEVIN HARRIS: Let me read this. Jorn Poulsen writes on the Reasonable Faith Debunked Facebook page. You may not have known that there was such a thing.

When some folk are in a holding position, awaiting "the end of days", then those folk have no particular incentive to be particularly concerned with asteroid impacts, climate change, pollution, overpopulation, large outbreaks of dangerous maladies and whatever, and this attitude may also rub off on others.

When they're told that this "end of days" also is accompanied by demonic forces, then a natural human inclination to look for and associate changes accordingly, easily turns bad.

When they're told that an almighty deity already has things in hand (for "the chosen" or "the righteous"), then effects of our collective activities are easily overlooked/dismissed and social/legal constraints easily misassociated/misunderstood.

And this can affect everyone, regardless of what’s believed or not, hence such faiths inadvertently becoming everyone’s concern. Please be responsible.

Now that's the end of the article. And then he offers some Scriptures to show that Christians should not isolate themselves. He quotes Genesis 1:28 that God said be fruitful and multiply and subdue the Earth, replenish the Earth. Genesis 9:7: be fruitful, multiply, bring forth abundantly in the Earth, multiply. And he even quotes Ecclesiastes, first chapter – it says, “One generation passeth away and another generation cometh but the earth abideth forever.” So it's like, “Hey, Christians! It's not going anywhere.” At the same time we are to look forward to the coming of Christ. So what gives here?

DR. CRAIG: I think what you have here is a baseless opinion that Christians’ belief in the second coming of Christ leads to social inaction, a lack of concern with one's fellow man, ignoring the problems of society and seeking to help the poor and the disadvantaged. And that is simply not borne out by the facts. You’ll notice that Poulsen didn't cite any sociological surveys, any statistics to bear out his view. And it's very easy, in fact, to prove the contrary. For example, take Alvin Schmidt’s book which is called How Christianity Changed the World. Schmidt is a professor of sociology at Illinois College. In this book he shows the central role of Christianity in the development of hospitals, education, science, music, literature, family values, women's rights, and much, much more. Christianity has been the single most powerful force in human history for improving the social welfare of mankind. This fact was stated very powerfully by Kenneth Scott Latourette, who was a professor of church history at Yale University, in his five-volume book, A History of the Expansion of Christianity. What Latourette showed is that as Christianity expanded and grew throughout the globe, everywhere it went it brought social reforms for the betterment of mankind. Let me just quote a passage here from Latourette’s book. He writes,

We have . . . much to say of the effects of Christianity upon the collective life of . . . mankind as a whole. Here has been the most potent force which mankind has known for the dispelling of illiteracy, for the creation of schools, and for the emergence of new types of education. From Christianity have issued impulses for daring intellectual and geographic adventure. The universities . . . were . . . largely Christian creations. . . . Music, architecture, painting, poetry, and philosophy have owed some of their greatest achievements to Christianity. Democracy as it was known in the nineteenth and twentieth centuries was in large part the outgrowth of Christian teaching. The abolition of . . . slavery was due chiefly to Christianity. So, too, were the measures taken to protect the Indians against the exploitation of the whites. The most hopeful movements for the regulation of war, for the mitigation of the sufferings entailed by war, and for the eventual abolition of war owed their inception . . . to the Christian faith. The nursing profession of the nineteenth century had the same origin, and the extension of Western methods of surgery and medicine to much of the non-Occidental world . . . was chiefly through the Christian missionary enterprise. The elevation of the status of women owed an incalculable debt to Christianity. . . . No other single force has been so widely potent for the relief of suffering brought by famine and for the creation of hospitals and orphanages.[1]

So that is the testimony of a great historian to the social impact of Christianity down through the ages. The belief in the second coming of Christ has in no way inhibited Christians from being the pioneers of social reform and social improvement. This is not just a historical matter either. More recently, a book was published by Arthur Brooks entitled Who Really Cares? And what Brooks showed was that religious conservatives are those who are the most charitable, who give the most to help others, who volunteer the most of their time to help others. Let me just read from a review here of Brooks' book.[2] He says,

Drawing on some ten data sets [Brooks is a sociologist], Brooks finds that religiosity is among the best predictors of charitable giving. Religious Americans are not only much more likely to give money and volunteer their time to religious and secular institutions, they are also more likely to provide aid to family members, return incorrect change, help a homeless person, and donate blood. In fact, despite expecting to find just the opposite, Brooks concluded: “I have never found a measurable way in which secularists are more charitable than religious people.”

So don't listen to this baseless opinion that Christians’ belief in the return of Christ leads them to otherworldly lethargy and a failure to be involved in the social improvement of mankind. That is demonstrably false.

KEVIN HARRIS: This kind of resonates with me because – I think I may have discussed this with you before even in private when you and I were at lunch. When I was in my late teens and early 20s, I discovered that my end-time view had kind of shut me down. The Late Great Planet Earth was the number one bestseller at the time, and nobody thought we'd see the 80s. The end of the world would be in the 70s. Let me testify. The Holy Spirit is so gracious. He doesn't leave us to dangle like that when we're seeking him and following him to the best of our abilities. He's sending his grace. Because it wasn't very long at all that I realized, “Wait a minute. I have reason to be positive. Nobody has their eschatology down perfectly.” And it snapped me out of it. I didn't languish in that view.

KEVIN HARRIS: I have found throughout my Christian life that God might allow us to go through some seasons for his purposes and for our strengthening, but he’s never allowed me to languish in this end-times paralysis. I just got to say that what you just read bears that out, too. Thank the Lord for the church and for mature believers who will be the hands and feet of Christ. It does come up, and I get remembrances of how I felt as a young man when something like the pandemic comes along. And then you read in social media from my fellow believers a real negative “It's all shutting down. Let's just give up, throw up [our hands], put on our white robes, and wait.”

DR. CRAIG: Sure. They represent an aberration that isn't the mainstream attitude of the church or of Christians which continue to be involved, as Brooks and Schmidt both show, in charitable giving, volunteering, supporting social reforms, and so forth.

KEVIN HARRIS: As we wrap this up today, is there room in all eschatological views for being positive and for keeping our hands to the plow and not becoming paralyzed or shut down like this guy says.

DR. CRAIG: Absolutely. Nobody can read the Sermon on the Mount and the ethics of Jesus and be lethargic about loving one's fellow man and being engaged. I love it when Jesus says to the disciples, “Let us work while it is day, for night is coming when no man can work.” That drives me and motivates me in my own work. I thank God every day for one more day of life during which I can serve him, and I seek to do so with all of the energy that he inspires within me because someday night is coming when no man can work. So while it is yet day let us work and strive to do the work of the Lord with all of the zeal and commitment that he inspires in us.[3]