Questions About Non-Christian Miracles and Persons of the Trinity 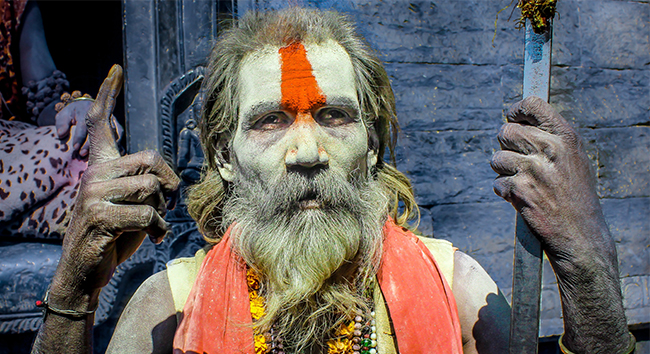 Dr. Craig receives questions about miracle claims in other religions, and the nature of the Persons of the Trinity

KEVIN HARRIS: Dr. Craig, we have some questions from all over the world including this one from the U.K. from Robbie. He says,

Hi, Dr. Craig. Firstly, I want to thank you for your ministry. I first came across your work when I watched a recording of your first debate with Peter Atkins and observed in yourself a man who could hold the high ground of reason against the best of what skeptics can bring to bear against the Gospel. It greatly accelerated my interest in apologetics. So thank you, Dr. Craig. I attended your debate with Professor Andrew Pyle at Bristol University in 2007. I thought that he put up one of the better contests against you compared to many of your other opponents. He raised one objection to the resurrection of Christ which I don't have a satisfactory answer for. Pyle claimed to have found better evidence for miraculous events occurring in other religions, for example the Ganesh miracles, than for the resurrection of Jesus. 1) How do we respond to claims of miraculous events in other religions especially where they have sources closer to those events than we have for the resurrection in the Gospels? And 2) How would you respond to the Ganesh miracle objection in particular if it was raised in one of your future debates?

DR. CRAIG: The question concerns certain Hindu miracles that were alleged to have occurred in India. Pyle was saying if you believe the evidence for the resurrection then you ought to believe in these Hindu miracles. I had never heard of those at the time and frankly I have never cared to look into these, but I think that one can answer the questions without a detailed knowledge of these miracles.

How do you respond to non-Christian miracle claims? I think you simply have to look at them on a case-by-case basis and compare the evidence for them with the evidence for the resurrection and miracles of Jesus. I feel pretty confident that the resurrection will hold its own in such a comparison. Secondly, how would you respond to the Ganesh miracle objection in particular? What I would say is that this is a miracle claim that occurred in the religious context of Hinduism and in which there was therefore an expectation of miracles that undermines the credibility of the accounts. It would be rather like people gathering at Lourde to see a vision of Mary or something of that sort where there's an expectation of miracles. Then you're more apt to get people claiming that they witnessed such a thing.

By contrast, what's striking about the resurrection is that the original disciples came to believe that God had raised Jesus from the dead despite every predisposition to the contrary. The notion of a resurrection of the dead in Judaism was never of the resurrection of a person within history. The resurrection was always reserved until after the end of the world. So a first century Jew confronted with Jesus’ crucifixion would not have been expecting or thinking of the resurrection of this man. Secondly, there is in Judaism no expectation whatsoever of the resurrection of an isolated individual apart from the general resurrection. It's always a corporate event involving all of the people or all of the righteous dead, not an isolated individual. In particular, there's no connection between resurrection of the dead and being the Messiah. The crucifixion of Jesus was such a catastrophe for the disciples because it completely invalidated any hopes that they might have had that Jesus was the promised Messiah. Messiah was supposed to be a triumphant Jewish king who would restore the throne of David in Jerusalem and throw off the yoke of Israel's enemies, in particular (in this case) that meant the Romans. It would be inconceivable that someone could be the Messiah and yet be defeated by these Gentile dogs and crucified as a common criminal. So the belief in the resurrection was something that was completely against anything that the disciples could have been predisposed to believe or to expect. In that sense it stands in stark contrast to things like these Ganesh miracles which occur in a context of Hinduism and expectation.

KEVIN HARRIS: This next question is rather wordy, Dr. Craig.

DR. CRAIG: Maybe what we can do is take it piecemeal rather than go through the whole thing.

KEVIN HARRIS: OK. If everybody will hang with us we'll get through this. “On your interpretation of the Trinity dogma, ‘hypostasis’ and ‘person’ terms, you have lost two hypostases.”

DR. CRAIG: What he's saying is that in the Trinity the classic doctrine of the Trinity is one substance with three hypostases. He's saying I've lost two of them – I'm a Unitarian in effect! OK, go ahead.

KEVIN HARRIS: He spells it “hypostasis.”

DR. CRAIG: Right. That's the Greek transliteration – hypostasis. I pronounce it with a “u” sound because that's what the “y” transliterates in the Greek.

KEVIN HARRIS: “You perhaps misunderstood relation between theological terms – a hypostasis and a person. There are beings with ‘I’ and without ‘I.’”

DR. CRAIG: OK, so he's saying when I use a first-person indexical pronoun “I” (like, “I believe this” or “I think this”) that “I” refers to the person that I am. That's correct.

KEVIN HARRIS: “The last term ‘hypostasis’ is used for denoting all things both with ‘I’ and without ‘I.’”

DR. CRAIG: And that's the point that you can have non-rational hypostases like a horse or a sheep or something.

KEVIN HARRIS: “The term ‘hypostasis’ by default denotes a bearer of a nature, i.e. of a whole nature, not a part of it. And now a very confusing thing. The hypostasis can have more than one ‘I.’”

DR. CRAIG: Now that I don't think is true. I don't follow that at all. The hypostasis cannot be more than one person if it's a rational hypostasis. It just is a person. Go ahead.

DR. CRAIG: That's denied by orthodox Christology – orthodox doctrine. It's true that you might say that after the incarnation Jesus Christ has two minds – a divine mind and a human mind – but these are not two “I”s in the sense of two persons. These could be two minds, but these minds are not persons. I think that's one of the difficulties in the two minds view, but it's clear that that is what the two minds view affirms – that there is only one person (the second person of the Trinity) and that is a divine person but this divine person can have two minds – a human mind and a divine mind.

KEVIN HARRIS:  “Or using psychological term ‘person’ we can say that after the incarnation Logos has two persons i.e. two ‘I.’”

DR. CRAIG: That you cannot say and remain an orthodox Christian. You could say he has two minds but there's only one person.

KEVIN HARRIS: “When you speak about such things as to be Trinitarian is a natural property not a personal hypostasis property. One bearer of divine ‘I’, i.e. the person in psychological sense, does not possess divine nature completely but only three bearers together have this nature completely. You must understand that these three bearers are one hypostasis not three hypostases.”

DR. CRAIG: There his sentence is very convoluted and is unclear what he's saying. What I am affirming is that it belongs to the divine nature to be triune – to be three persons. But it doesn't belong to each person to be triune. Each person is a single person, and so there would be three hypostases in the Godhead. God is one substance with three “I”s as it were – three centers of self-consciousness, three persons.

KEVIN HARRIS: “In your case, three psychological persons (three ‘I’) are only one theological person, one hypostasis, not three.”

DR. CRAIG: I deny it. I don't see how that follows from anything that I've said that these three persons are somehow one hypostasis. They are one substance, that is to say God, but they are three persons, and that's what a rational hypostasis is – a person.

KEVIN HARRIS: He says, “In Russian fairytales, there is a flying three-headed dragon with intellect. This monster is one hypostasis which has three ‘I’ or persons in a psychological sense.”

DR. CRAIG: I don't know about the Russian monster in the fairytale, but I would say that it sounds more like one substance with three hypostases if each of its heads has a self-conscious mind. I would say that sounds like it's a tri-personal being. I've used the analogy of Cerberus to make a similar point. That's the three-headed beast that guarded the gates of Hades in ancient Greek mythology. So I don't see how his claim follows.

DR. CRAIG: He's saying it's one hypostasis that has three minds, I suppose, in the same way that Christ is one hypostasis with two minds on the orthodox view. But since I tend to equate minds with persons I would say that insofar as God has three centers of self-consciousness these are three hypostases and in Christ I don't think that there are two similar persons. I would say there's one person and that the Logos is the soul of the human nature of Christ.

KEVIN HARRIS: He wraps up the question like this: “You have lost two hypostases. Please, when you find these two hypostases try not to count nine ‘I’ in the Trinity.”

DR. CRAIG: He seems to be trying to equate the idea of a hypostasis with a substance. I do affirm that in the Godhead there is one substance, one being, that God is, but I don't see any reason to think that this one being is not three persons, three rational hypostases.[1]