Media > Reasonable Faith Podcast > Questions on the Grounding of Morality

Questions on the Grounding of Morality 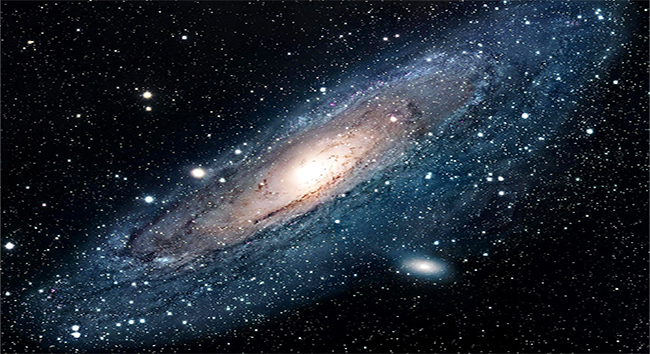 Dr. Craig receives questions on the grounding of morality, why God would put an "expiration date" on the universe he created, and God's relationship to time concerning his decisions.

Transcript Questions on the Grounding of Morality

Kevin Harris: Dr. Craig, we continue to look at questions coming in from all over the world to you, and to Reasonable Faith. From Scooter in Singapore:

Hi, Dr. Craig. I would like to express my gratitude for your work which has helped me greatly in my Christian faith. I've been having an ongoing discussion with a skeptical friend of mine who seems to be particularly bothered by the Euthyphro dilemma, so imagine my delight when I found your podcast addressing it. However, when going through it with him he still had certain reservations. While taking that you ground the ultimate basis for goodness in God so that we do not end up with an infinite regress, his concern is that the moral content of goodness is still undecided. He believes that moral truths are necessary truths. As such he doesn't question the semantics of goodness but is skeptical about what determines its content. So it ended up with something like: ultimately, why are qualities like benevolence, justice, etc., good? Submitting that the term good means, “something better to have than not,” what, then, determines the content of good? Your help would be greatly appreciated.

Kevin Harris: Ask somebody over fifty; they can usually tell you. [laughter]

Kevin Harris: Bill, is this similar, somehow, in understanding the laws of logic and how they're grounded in God?

Kevin Harris: This question from Ryan in the US:

Dr. Craig, did God create the universe with an expiration date? In other words, was the second law of thermodynamics original to creation? Since the universe has been expanding from the beginning, and entropy is irreversible, was it built into the universe that God would eventually need to re-create it? Or did the sin of Adam somehow break or curse the universe, initializing the breakdown entropy process?

Kevin Harris: I guess this question is making the rounds and Ryan picked up on it, because it seems like I ran into it somewhere before, but it was stated more like this: it seems to argue against the existence of God if the universe, staring us in the face, has an expiration date. Why would God create the universe with an expiration date? And he gave one answer here: that is that, well, God knew from all eternity, infallibly, that he would eventually re-create it. How would that bear on this question?

Dr. Craig: Well, I just see no reason whatsoever to think that God would have to create a universe that could exist perpetually, rather than have an expiration date. I think that the expiration date is built in from the beginning, and that is a consequence of these very life-giving conditions that I mentioned. As I said, a universe that isn't governed by this law would be life-prohibiting – it would be uninhabitable. So this is a good thing that the universe is this way. It's a necessary part of our existence. And the fact that it means that the universe cannot exist forever is just immaterial. What the Scripture teaches is that God will not allow this universe to simply expire, to reach heat-death, he will bring about an end to this universe before it reaches that state, and then he will create a new heavens and a new earth in place of this. So the fact that this universe is not interminable, I think, is just theologically inconsequential.

Kevin Harris: A question from Rhett. He says,

Dear Dr. Craig, first of all, I can't say thank you enough for ReasonableFaith.org and your ministry. I have four of your books. Also, congratulations on your prime time slot on NRB network.

Bill, talk about that a little bit – your new television show.

Dr. Craig: Right, I've actually never seen it, but I understand that on the National Religious Broadcasting Network they now have a half-hour Reasonable Faith program. Apparently this network is interested in increasing its apologetics materials. And so they have shows by quite a number of people on the defense of the faith, and they offered us a slot. And so we're doing this using (for our initial programing) the interviews that were filmed with Bobby Conway for the On Guard series. These interviews cover the chapters or the subjects in my book On Guard, and then after we've gone through those we'll probably put up videos of various debates and talks and other interviews on this program. So I'm really hopeful that this will prove helpful to folks.

My question was concerning your most recent Defenders podcast – “Doctrine of Creation,” class number seven.[2] In it you describe God's creation of the world as a free act of libertarian free will. I was confused only about how God's decree to create, even though freely taken, is an eternal decree, that it is itself a timeless decision within his timeless state. Help me to understand how God freely chose to create from within his timeless eternal state.[3]

Dr. Craig: I think that people have the misimpression that freely choosing something means going through a period of indecision first, and then making up your mind. And certainly that's our experience of how we make decisions. But there's nothing about freedom that requires that there be this period of indecision chronologically prior to the free choice. The free choice could be made from eternity past. It is simply a choice that could be made differently. The fact that choosing doesn't involve the lapse of time, I think, is evident when you think of, say, somebody that's dangling from a cliff and holding on to a tree root for dear life to keep from falling. He chooses to freely cling to the root, and so long as he does so he hangs from that root. It's not as though his choices precede his hanging on the root; they're simultaneous. His free choice is simultaneous with his hanging on the root. Now he could be hanging on the tree root from eternity past and still be freely willing at every moment in time to cling to and hold on to the root to keep from falling. But that doesn't mean his choice is somehow necessary, he could instead have chosen to let go and not cling to the root. So in God's case this would mean that there are other possible worlds in which God freely refrains from creation, worlds in which God exists alone as a solitary entity and there is no universe with him. In this world, however, God has freely chosen to create a universe and that decision is not something that needs to be taken in time after a period of indecision. Really, it's not God's eternity that precludes this period of indecision so much as it is God's omniscience. Since God always knows what the future is, since he always knows what he's going to do, it is impossible even if God is in time for him to go through a period of indecision and then make up his mind. If God is temporal he still doesn’t make choices in the sense of going through a period of indecision and then changing his mind. His decisions would be from eternity past if we can imagine like that man clinging on the tree root from eternity past. So it's not really timelessness, here, that precludes God's making decisions in the sense that we do, it's really his omniscience.

Kevin Harris: I feel for you, Dr. Craig, because you're going to have to keep hammering this point. Because it keeps coming up. Issues surrounding placing a chronology on God, placing him thinking his thoughts one after another like we do, and therefore having a sequence, and therefore time has passed, no matter how small or large, during that sequence, and that time is required to move from one thought to the next and one decision to the next, and so on. So therefore it brings up questions like, what was God doing prior to the creation of the universe for all eternity? Wasn't he bored? And things like that. Those continue to keep coming up, so keep hammering on it.Dr. Craig: Yes, and I would refer folks to my book Time and Eternity (published by Crossway Books) if they want to see this dealt with in depth. These are not issues that have gone unaddressed, I have written a great deal on these sorts of things. And I think the point to keep in mind with respect to this question that is raised by Rhett is that there's no reason to think that freely deciding to do something entails going through a period of indecision prior to the choice[4]