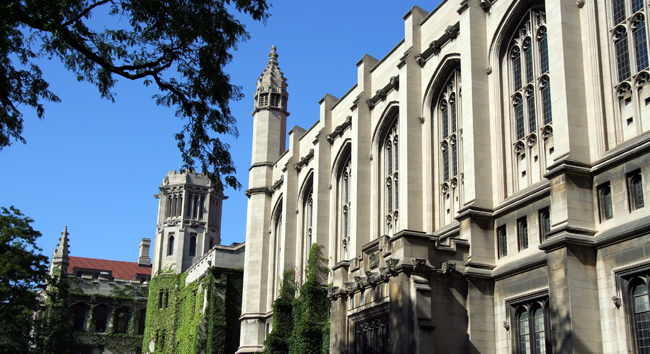 Several recent articles claim that the really smart people are not Christians or religious. Is it true and does it matter?

KEVIN HARRIS: Dr. Craig, there are not a lot of smart Christians out there, apparently. According to this article, there are only a few – there is me, you, Homer Simpson maybe. I don't know. This article from Salon gets passed around a lot: “Religion's Smart People Problem: The shaky intellectual foundations of absolute faith.” It is from John G. Messerly. He taught at the University of Texas, Austin.[1] The byline is “Religious belief the world over has a strenuous relationship with intellectualism. But why?”

DR. CRAIG: That is exactly what he leads with in the opening paragraph. He says most academic philosophers do not believe in God.

He doesn't footnote his claim, but undoubtedly what he has to be referring to is the Chalmers and Bourget survey of philosophers[2] that has gotten a lot of press. When this survey came out I was immediately puzzled because I thought, “I never received any such survey.” Neither did any of my colleagues at Talbot. There are seventeen professional philosophers on our campus. None of them were surveyed. I wondered exactly who received this survey. Well, when you look into it what you find is that this survey only was sent to 1,972 philosophers – less than 2,000 philosophers. It was sent to faculty only from 99 selected departments of philosophy. Just 99. Only 62 out of the 99 were in the United States. The rest are foreign – in Europe and Australia and so forth. Of the 1,972 that were surveyed, do you know how many actually responded? Less than half. Only 931 philosophers completed this survey. Yet this is supposed to be a comprehensive study of the belief of philosophers about God.

Rodney Stark, who is a sociologist at Baylor University, has pointed out that in his professional training for sociology he says that unless a survey has a response rate of 85% you are not to trust the results of that survey. This survey had a response rate of less than 48%. A mere 931 philosophers.[KW1] If you look at the list of institutions to which this survey was sent, it was almost entirely secular universities. It wasn't sent to places like Talbot, or Wheaton, or Westmont, or even many Catholic institutions. So far from exposing the intellectual deficiency of Christian philosophers, the appeal to this survey, I think, shows the intellectual deficiency of John Messerly's argument. Here he just cites some survey without looking into it in any detail to see whom it was sent to, how many people it was sent to, how many responded to it. Instead he just cites something that confirms what he already wanted to believe. It really shows the intellectual deficiency of his own argument.

He then goes on to use the old canard that among “surveys of the members of the National Academy of Sciences . . . show that religious belief among them is practically nonexistent, about 7 percent.” Again, he never tells us how many were surveyed or how many responded to the survey.[3] He doesn't tell us what the questions were. Nor does he even look into the cultural factors that might influence who gets into the National Academy of Science. By contrast, in 2009 the Pew Research Center did a survey of the members of the American Association for the Advancement of Science.[4] They came to quite different results. They reported that 51% of scientists say that they believe in God or a higher power while 41% say that they do not. The Pew people point out that this is virtually unchanged from the time when the scientific community was first polled on this issue back in 1914. It is virtually the same percentage. It hasn't changed over the course of 100 years.

What is further interesting is a study that was conducted by the Rice University sociologist Elaine Ecklund reported in 2005. She surveyed over 1,600 faculty members at elite research universities. What Ecklund discovered was that the beliefs of scientists in God or not are typically formed before they chose their career path to go into science.[5] It was when they were adolescents or younger, and then they chose to go into a particular field of study. So their disbelief among that percentage that does disbelieve isn't a reflection of their scientific training or their intellectual prowess. Those beliefs were formed prior to their entry into the career path of science. So when you look beneath the surface of these statistics, they don't at all say what people like Messerly are so eager to make them say.

KEVIN HARRIS: I am glad we had a chance to go over that again, Bill. But it just seems like essays and articles like this are worthless in so many ways for the reasons you cite but also he names all of these components for why a person may hold the view that he holds – biological, cultural, genetic, and things like that. What about his view that he holds?

DR. CRAIG: Exactly! He never seems to realize that if you think the beliefs we hold are the result of genes and social conditioning and all those sorts of things, what is sauce for the goose is sauce for the gander.

KEVIN HARRIS: Oh, but not me!

DR. CRAIG: Right. Not me! I've transcended all of those influences on my beliefs.

KEVIN HARRIS: The sword cuts both ways. He says, “Why, then, do some highly educated people believe religious claims?”

DR. CRAIG: I want to make one more point before we get to that. The other thing is that the man has an incredibly naive view about the roots of modern secularism. He notes that since the time of the Enlightenment, in contrast to the Middle Ages when Christianity was dominant in the West, now we have a very secular post-Enlightenment society. He says this is because of the growth of modern science, and we have basically outgrown these infantile religious beliefs. I think at face value that is an incredibly naive view of the progress of history. The roots of modern secularism and the Enlightenment, I think, largely lie in people's abhorrence and distaste for the violence done in the name of religion and the wars of religion that racked Europe, and the persecution between Catholic and Protestant that tore Europe apart. The church was aligned with the monarchy in these pre-Enlightenment periods. So when the modern democratic movement threw off the monarchy, it threw off the church as well, because the church and the monarchy were aligned as part of the old order – the ancien regime. So these roots of modern secularism lie primarily in cultural and sociological factors, not intellectual factors as he would have us believe. I don't think any historian would take seriously his simplistic claims about the roots of modern secularism and the secular state that dominates in Europe today.[6]

Why, then, do some highly educated people believe religious claims? First, smart persons are good at defending ideas that they originally believed for non-smart reasons. They want to believe something, say for emotional reasons, and they then become adept at defending those beliefs.

He is a smart guy defending his beliefs, so is the pot calling the kettle black?

DR. CRAIG: I'll bet you anything he held these beliefs before he did his university and graduate work; that he is a smart guy (not too successfully [laughter]) finding smart reasons to defend his originally formed non-smart beliefs. He is the pot calling the kettle black.

KEVIN HARRIS: That is what we all have to look out for. We can pull the rug out from under ourselves often when we think we have this privileged position.

DR. CRAIG: Yes. And it is so condescending – isn't it? You don't deal with the arguments that the person offers on behalf of his beliefs. Rather, you try to explain the origin of those beliefs away. This is just a textbook example of the genetic fallacy – trying to invalidate what a person believes by showing how he came to believe them. You notice that there is nothing in this article that interacts with the intellectual defenses that intelligent religious people give for their worldview. Instead, it is all this condescending attempt to explain it away as due to non-rational factors that influence them.

KEVIN HARRIS: I wanted to bring up something else that I underlined here, Bill, because again it is something that I run into. That is, well, you guys who are philosophers and theologians and thinkers, you smart people who are religious or Christians, you have more sophisticated theology than the general populace.

DR. CRAIG: His point seems to be that we shouldn't take too seriously the religious beliefs of sophisticated thinkers because they don't have the same sort of beliefs that the great unwashed populace does. If that is the case then he needs to come to grips with those more sophisticated beliefs and show how they are somehow unwarranted or that what they believe is false. He doesn't do that.

KEVIN HARRIS: Bill, I am happy to announce that some real intellectual giants are in the history of Christian philosophy, theistic philosophy. There are some pretty smart people still around today.

DR. CRAIG: Absolutely, Kevin. We are living at a time of a renaissance of Christian intellectual endeavor, particularly in the field of philosophy in which I work, but then also in the field of historical studies of the New Testament with regard to the life of Jesus, and I would also say in the physical sciences. The physical sciences are more open today to the existence of a transcendent creator and designer of the cosmos than at any time in recent memory. For all his bravado, Messerly is fighting a battle in retreat. The fact is that Christian intellectual endeavor is on the ascendancy in our day and age. I think this bodes very well as this percolates throughout popular culture and begins to reform its thinking as well.[7]