Media > Reasonable Faith Podcast > The End of the Universe

The End of the Universe 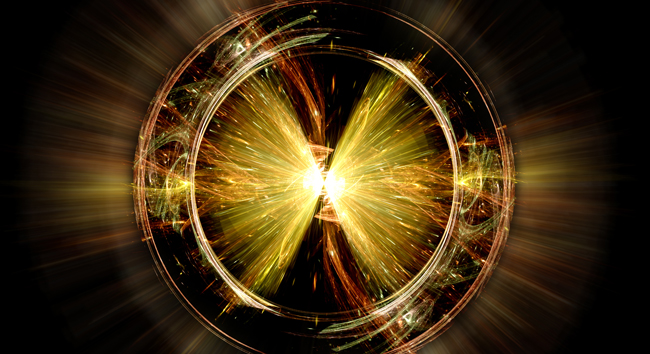 Stephen Hawking says the "God Particle" could destroy the universe! Is this the end?

Transcript The End of the Universe

Kevin Harris: Dr. Craig, just when I was having a good day I hear that Stephen Hawking says that the entire universe could blow up! What is he talking about here? The God particle could actually destroy the universe according to an article that we read.

Dr. Craig: Right. I saw this that is titled “Stephen Hawking: God Particle Could Wipe Out the Universe.” In it, quoting Hawking, it says,

This could mean that the universe could undergo catastrophic vacuum decay, with a bubble of the true vacuum expanding at the speed of light. This could happen at any time and we wouldn’t see it coming.[1]

What Hawking is talking about here is a particular eschatological scenario about what might lie ahead in the future of the universe. The hypothesis is: suppose that the universe is not in its lowest energy vacuum state – the quantum vacuum is this sea of energy that underlies all of physical reality. He is imagining that the universe is hung up in a false vacuum state – it is not at the lowest vacuum energy it could be at. It is at a higher energy state called a false vacuum. Such a state is inherently unstable. Therefore, the universe could suddenly transition down to the true vacuum state. If the universe were to undergo such a transition, everything would change. It would result in a change in the law of nature. Everything would be destroyed. There would be a new universe that would emerge on the other side of such a transition.

Hawking is not original in speculating about such a physical eschatological scenario. In their book, The Five Ages of the Universe, two cosmologists (Fred Adams and Gregory Laughlin) describe this possibly future apocalypse. This is what they say:

The shock wave began at a particular but rather undistinguished point of space-time and then traveled outward at blinding speed, rapidly approaching the speed of light. The expanding bubble then enveloped an ever larger portion of the universe. Because of its phenomenal velocity, the shock wave impinged upon regions of space with no advance warning. No light signals, radio waves, or causal communication of any kind could outrun the advancing front and forewarn of the impending doom. Preparation was as impossible as it was futile.

Inside the bubble, the laws of physics and hence the very character of the universe were completely changed. The values of the physical constants, the strengths of the fundamental forces, and the masses of the elementary particles were all different. New physical laws ruled in this Alice-in-Wonderland setting. The old universe, with its old version of the laws of physics, simply ceased to exist.

One could view this death and destruction of the old universe as a cause for concern. Alternatively . . . as a reason for celebration. Inside the bubble, with its new physical laws and the accompanying new possibilities for complexity and structure, the universe has achieved a new beginning.[3]

This reminded me so much of 2 Peter 3:8-10 where Peter talks about how the heavens and the Earth will be burned up like fire and God will usher in a new heavens and a new Earth in their place.[4] It is incredibly analogous to the scenario that physical eschatology possibly says could happen.

I find this to be a very intriguing parallel between theological eschatology and physical eschatology. This is what Hawking is talking about in this article.

Kevin Harris: There will be a new heaven and a new Earth.

Dr. Craig: If the universe were to go through such a phase transition as he describes.

Kevin Harris: If biblical theology wasn’t true and this was just a really bad day, I wonder if that would hurt or it would be so quick that you . . .

Kevin Harris: You wouldn’t know what hit you.

Dr. Craig: Yeah, you wouldn’t know what hit you, and nobody knows what would emerge in the aftermath of this quantum physical phase transition. It might be just a dead universe on the other side. Nobody knows.

Kevin Harris: Do talk about Defenders again because this is one of the things that you are talking about. You are doing a whole series now on eschatology or end things.

Dr. Craig: That is right. We are doing a series to wrap up the final section of our Defenders class on Christian doctrine and apologetics on the last things. We have been talking about the return of Christ. One of the points that I wanted to emphasize is that this coming cosmic apocalypse is not unique to Christian theology. We might think it just unbelievable – too fantastic – to contemplate to think that Christ might come back next Tuesday, and that would be the end of the world. But really, Kevin, this is exactly what physical eschatology predicts could happen. As Hawking says in this article, it could happen at any time, even next Tuesday, and we wouldn’t see it coming. So if this is a scenario that secular scientists admit is possible and is part of physical eschatology, I don’t think we should balk when theological eschatology tells us that Christ could return tomorrow and the universe would be similarly transformed.

Kevin Harris: Bill, while we are talking about Professor Hawking, Martin Rees, who recently stepped down as the head of the Royal Society – that is Britain’s top scientist – he has an article that says we shouldn’t attach any weight to what Hawking says about God. He goes on to say the reason being is that, while he has known Hawking for a long time, he has got his theology and philosophy wrong. We did a podcast on that a while back. So we are actually being paralleled on that by what Lord Rees says.

Dr. Craig: Yes, when I was in Britain on our last British speaking tour which took us to Oxford and Cambridge, we were traveling from London to Cambridge where I was to deliver this lecture on “Has Stephen Hawking Eliminated the Creator and Designer of the Universe?”[5] As we were on the train on our way to Cambridge, Peter May who was sitting with me said, “That’s Martin Rees sitting across the aisle.” I looked and sure enough it was Sir Martin Rees sitting right there on the train. So I had a chance to introduce myself to him. He knew who I was. He had read some of my work. I told him how I was going to be giving this talk on Hawking and his having claimed to have eliminated the Creator. Rees replied exactly in the same terms that he does in this article that we had before. Let me just read the quotation from the article:

Stephen Hawking is a remarkable person whom I've know for 40 years and for that reason any oracular statement he makes [Dr. Craig: as though he were an oracle speaking divine revealed truth] gets exaggerated publicity. I know Stephen Hawking well enough to know that he has read very little philosophy and even less theology, so I don't think we should attach any weight to his views on this topic.

Kevin Harris: Well, the fact is Stephen Hawking wrote a book on this whole topic.

Dr. Craig: I think when you read the book, the truth of Rees' critical comments comes out very clearly.[7] On the first page of this book Hawking says that philosophy is dead and that modern science has replaced philosophy. Then the first third of the book is all about philosophy in which he is talking about realism and anti-realism! It has nothing to do with science. It is about philosophy. So it just shows the incredible naivety philosophically and theologically of this admittedly great scientist.

Kevin Harris: This is so strange, Bill. We have articles in front of us that we will do podcasts on concerning this philosophy of religion wrecking crew that is going around saying we ought to get rid of philosophy of religion. I have some of the most prominent scientists and philosophers saying that is nonsense. So it has been a really weird trend lately to deny philosophy.

Dr. Craig: Yes, and what has been gratifying to me, Kevin, is the response of non-Christian philosophers to these claims by people like Hawking and Lawrence Krauss and others that philosophy is empty and studies nothing. As you know, Lawrence Krauss in dealing with the creation of the universe from nothing (as he calls it) says philosophers are expert in nothing – an intended pun to say that they don’t know anything and that they study nothing at all. This sort of attitude toward philosophical inquiry is extraordinarily naïve. It shows that these folks have never read or done philosophy. They don’t understand the discipline. It has been really gratifying to see people like Massimo Pigliucci or Tim Maudlin responding to these ignorant broadsides against the value of philosophy as a discipline.

Kevin Harris: By the way, this article says that Richard Dawkins calls Lord Rees a “compliant quisling” for his tolerance of religion.[8]

Dr. Craig: Yeah, Rees doesn’t attack religion in the way that Dawkins thinks that he should. Rees thinks there should be a peaceful co-existence between science and religion. I quite agree with that.

Kevin Harris: Listen to what he says here. Lord Rees says, “Anyone who takes theology seriously knows that it's not a matter of using it to explain things that scientists are mystified by.”[9] God-of-the-gaps.

Dr. Craig: Exactly. He is rejecting the old God-of-the-gaps accusation that people like Krauss and Dawkins make so often.

Kevin Harris: “His next popular science book is about these things that science still cannot explain, such as the origin of life on Earth and the scientific nature of human consciousness.”[10]] Wow!

Dr. Craig: Yeah, it should be very interesting, huh?

Kevin Harris: “This, he insisted, is what science is really about, and why it has the power to touch everyone of every culture.”[11] Glad to have Lord Rees saying the things that he does – dispelling God-of-the-gaps, taking theology seriously, taking philosophy seriously, and taking to task those who don’t.

Dr. Craig: I couldn’t agree more, Kevin. I think you are absolutely on target there.[12]