The First Split Second of the Universe 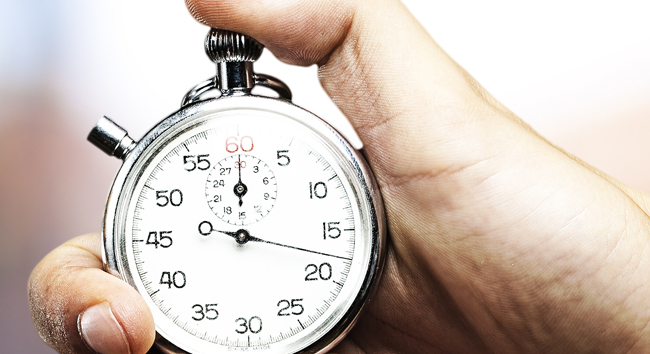 Using a segment of a Sean Carroll interview. Dr. Craig discusses the beginning of the universe, certainty, and science.

Transcript The First Split Second of the Universe

Kevin Harris: Welcome to Reasonable Faith with Dr. William Lane Craig. I’m Kevin Harris. Just having a little fun with an interview between Robert Kuhn and Sean Carroll. Dr. Carroll does answer the question in this interview in a rather interesting way. We’ll talk about it with Dr. Craig. We appreciate Sean Carroll’s work in cosmology and astrophysics. We have several podcasts on him including the debate with Dr. Craig. So check out our archives at ReasonableFaith.org. In the meantime, let’s go to the studio with Dr. Craig.

Dr. Craig, you’ve had an opportunity to be on the TV program Closer to Truth with Robert Kuhn. A lot of good people on that.

Dr. Craig: Yes, indeed. Very eminent cosmologists and philosophers are on that program.

Kevin Harris: He interviewed Sean Carroll as well. We wanted to interact with various portions of that. It is a long interview, but we looked at a few things of interest. Robert Kuhn really pressed Sean on “Did the universe have a beginning.” Carroll’s answer was, We don’t know.

I think that there is an epistemological issue that is in play here when he says, We don’t know. When he uses the word “know” he is using this in a very strong sense to say we are not scientifically certain. But that does nothing to negate the fact that the evidence makes it highly probable that the universe did have a beginning. You don’t need to have certainty about something in order to say where the evidence points and which conclusion is probably true. Even Lawrence Krauss, you may remember in our dialogues in Australia, said that if he had to decide he said the universe probably did begin to exist, even given quantum theories of gravity. So our uncertainty about how to describe the first split second of the origin of the universe doesn’t necessarily negate the fact that the universe is finite in the past. I think even if we don’t know that with certainty, nevertheless we have good reason to think that the universe is finite in the past even given a quantum theory of gravity.

Alex Vilenkin, who is a very prominent cosmologist at Tufts University, in 2012 gave a lecture at a conference for Stephen Hawking’s 70th birthday in Cambridge University where he surveys all of the attempts to avoid the beginning of the universe which the evidence seems to predict. What he shows is that none of these scenarios is able to actually avoid the beginning of the universe. The evidence indicates that classical time and space (that is to say, time and space not taking into account quantum effects) have a beginning. It goes back to a boundary point. Either there was something on the other side of that boundary or not. If not then that boundary just was the beginning of the universe. If there was something on the other side of that boundary then that, Vilenkin says, was the beginning of the universe. It is not something that can be extended infinitely into the past.[1] On one level there isn’t any past because time begins with that classical boundary. In a metaphysical sense, if you say there still is before and after – this regime after all was before the classical regime – if there is some sort of metaphysical sense in which there is time, the fact is that a quantum state is metastable. That is to say, it cannot endure for infinite time just doing nothing and then suddenly 14 billion years ago transition to this classical space-time. It would have done that from eternity past or not at all. So even given this prior quantum gravity regime, which Vilenkin himself provides models for, there is no evidence whatsoever that this could be extended infinitely into the past. In fact, I think the evidence is quite against it.

This is an issue which comes up in the debate with Sean Carroll that I had at the Greer-Heard Forum in New Orleans last year on the existence of God and the evidence of current cosmology.[2] I do not recall that he responded to this point specifically in any of his responses or post-debate comments – that such a quantum state cannot endure for infinite time prior to transitioning to classical space-time. So you don’t need to have a quantum physical description of the first split second of the origin of the universe in order to predict reliably that the universe began to exist.

Kevin Harris: Bill, I don’t know if it is self-imposed or if it is used as a repellent perhaps against God (which it often is) when a scientist says We don’t know. It is like the scientist is expected to say We don’t know yet. You are certainly showing that there is certainty versus probability.

Dr. Craig: Right, and I think that is the key point. Even if we don’t know in the sense of scientific certainty in the way that we know that the heart pumps blood through the human body, nevertheless I think the evidence makes it very probable, or more probable than not, that the universe did begin to exist.

Kevin Harris: Secondly, he is asked if the universe is finite, why does it look the way it does?

That is just a philosophical prejudice against design as a best explanation for the fine-tuning of the universe. For the theist, the finitude of the universe in time and space is no problem because the fine-tuning points to the existence of a cosmic designer. In this sense the theist can be more open to follow the evidence where it leads. If the evidence does suggest a universe that is finite in time or space we can follow the evidence where it leads and be open to it because we don’t have a prejudice or an a priori assumption against the idea of a cosmic designer.

Kevin Harris: They mention many models which don’t have a beginning. There are a few of them out there.[3]

Dr. Craig: Right. Carroll likes to do this; he did this in the debate that we had in New Orleans where he puts up a PowerPoint slide with something like 17 different models of the universe that don’t involve a beginning. What he doesn’t do, though, is explore the tenability of any of these models and show that they provide a mathematically consistent and empirically tenable, much less probably true, model of the actual universe. Models come cheap. One cosmologist once remarked to me that developing different models of the universe is almost like entertainment for the professional cosmologist. You can develop any kind of model that you want. But what the challenge is is to show that this model provides an empirically tenable and plausible model of the actual universe that we observe. When you look at them more closely, for example as my colleague Jim Sinclair did in our article in the Blackwell Companion in which 10 out of the 17 that Carroll had on that PowerPoint slide are already discussed and shown to be untenable. Or, as Vilenkin did in his 2012 lecture, you find out that none of these scenarios provide a plausible empirically tenable mathematically consistent model for a universe without a beginning. So, sure, there are lots of models of the universe not involving a beginning. But that doesn’t even begin to settle the issue as to whether our actual universe is correctly modeled by one of these.

Kevin Harris: I’ve often heard that a good model will make predictions. Things that we – what? – expect to discover?

Dr. Craig: Yes, so that the model would be testable. Insofar as these models have been testable, the beginningless ones have failed to meet the test. By contrast, as he mentioned, say, the Hartle-Hawking model (Stephen Hawking’s No Boundary proposal) – this is a universe which, though it incorporates a quantum theory of gravity at the beginning or Vilenkin’s own quantum gravity model which incorporates quantum gravity at the beginning, these models still have a beginning and the universe comes into existence on these models and are not preceded by anything. So these are models that have a beginning of the universe. They are not infinite in the past even though these are quantum gravity models. And these are still tenable models. They are still on the table in contrast to the beginningless cosmologies which, insofar as they are testable, are ruled out.

This involves all sorts of problems such as I laid out in the debate with Carroll. One in particular that is interesting is if this model is interpreted to involve a reversal of the arrow of time at some point in the past then that means the so-to-speak first half of the model is in no sense prior to our half of the model. That mirror image universe is not early than our universe. So in no sense does it represent an infinite past. In fact, what you’ve got really is two universes with a common beginning.[4] It is kind of like a forked universe where you have two universes emerging from a common beginning which is the point of least entropy. So even his own model (if it were empirically tenable) wouldn't involve an eternal universe because that mirror universe is not in any sense temporally prior to the mother universe which gives rise to our baby universe.

Dr. Craig: Well, except it is not the space in which we live. It is this wider space in which then multiple mini-universes are born. It is a multiverse model. He tries to avoid the beginning of the universe by saying that even though our mini-universe had a beginning, this mother universe is an eternal, empty space. But that involves the problems I just mentioned.

Kevin Harris: If I am understanding Sean Carroll correctly, he seems to make a connection with the fact that this universe is heading toward empty space.

Dr. Craig: That is right. He thinks that as this universe expands and matter becomes so diffuse then eventually our universe will become one of these empty spaces. Then it will give rise to its own babies. So you have a self-perpetuating multiverse where each one will produce further babies. This will go on forever.

But the question is: can it have gone on forever from eternity past? Even his own model doesn’t involve an eternal past. Because, to repeat myself, that mirror universe on the other side of the low entropy state is in no sense our past.

Kevin Harris: Robert asks him at the end, Just want to ask you again, Sean, did the universe have a beginning? And Sean’s answer is?

Kevin Harris: I prefer to be a millionaire. That is my preference. [laughter]

Dr. Craig: There just isn’t any evidence to support the fact that you are a millionaire or that the universe is beginningless.[5]

[2] For a transcript of this debate, see http://www.reasonablefaith.org/god-and-cosmology-the-existence-of-god-in-light-of-contemporary-cosmology (accessed March 16, 2015).