The Historical Adam and Eve 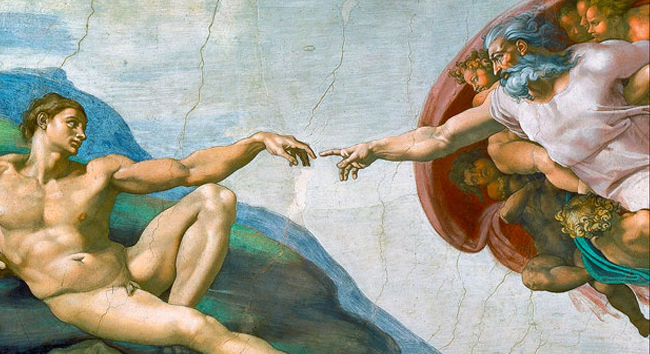 Dr. Craig comments on some of the controversy surrounding a literal Adam and Eve

Transcript The Historical Adam and Eve

Kevin Harris: This is a hot potato, Dr. Craig. We don’t shy away from hot potatoes at Reasonable Faith on this podcast. In fact, you do a lot of teaching on this in your Defenders courses – resources that can be found online.[1] We are looking at an article from Jerry Coyne at University of Chicago: “Adam and Eve: The Ultimate Standoff Between Science and Faith.”[2] We are going to look at this, not only because it is something relevant to the Defenders class that you do, but also the fact that Christianity Today dealt with this at length.[3]

He is an atheist or an agnostic. He begins:

We can all argue about whether Jesus was a parthenogenetic being produced without physical insemination,

Dr. Craig: He’s talking there about the virgin birth.

and whether he became reanimated a few days after death,

Kevin Harris: It wasn’t a reanimation, was it?

but getting direct evidence for those “miracles” is well-nigh impossible, and so we argue against them on the grounds of improbability.

Dr. Craig: That is worth noticing. I think that there is good evidence for the historicity of Jesus’ resurrection. That would be one of the main reasons that I think one ought to be a Christian. That lies at the very heart of the Christian religion, much more centrally than does the historicity of Adam and Eve.

But there’s one bedrock of Abrahamic faith that is eminently testable by science: the claim that all humans descend from a single created pair—Adam and Eve—and that these individuals were not australopithecines or apelike ancestors, but humans in the modern sense. Absent their existence, the whole story of human sin and redemption falls to pieces.

Dr. Craig: Before we conclude that the sky is falling, the sky is falling, it isn’t true that the whole story of human sin and redemption falls to pieces if you deny the historical Adam and Eve. As I share in the Defenders class, the doctrine of original sin, though common to Catholicism and most Protestant denominations, is not characteristic of Eastern Orthodoxy. The Eastern churches – like Russian Orthodox and Greek Orthodox – do not hold that all of mankind falls in Adam’s sin and inherit original sin from Adam. They do believe in a historical Adam. That is true. But it isn’t the case that the whole story of sin and redemption falls apart without Adam and Eve. For the Orthodox Christian, Adam is simply the floodgate, so to speak, through which sin enters into the world and then spreads to the rest of humanity. But it could have entered at any point when you think about it. There was nothing particularly special about that point. So, as important as Adam and Eve are, we mustn’t think that the doctrine of original sin is inherent to Christianity because it is just not. It is part of Catholicism and Protestantism for the most part, but it is not characteristic of Orthodoxy.

Unfortunately, the scientific evidence shows that Adam and Eve could not have existed, at least in the way they’re portrayed in the Bible. Genetic data show no evidence of any human bottleneck as small as two people: there are simply too many different kinds of genes around for that to be true. There may have been a couple of “bottlenecks” (reduced population sizes) in the history of our species, but the smallest one not involving recent colonization is a bottleneck of roughly 10,000-15,000 individuals that occurred between 50,000 and 100,000 years ago. That’s as small a population as our ancestors had, and—note—it’s not two individuals.

Dr. Craig: What he is talking about there is the genetic diversity that is exhibited by the human population on Earth. The claim is that you can’t get that kind of genetic diversity from a bottleneck of just two people. You need a few thousand. I’ve heard as low as 2,000 individuals as this bottleneck.

What we need to understand is that these are genetic estimates based upon mathematical modeling and projections into the past. We know that that kind of mathematical modeling is based upon certain assumptions that may or may not be true, and can sometimes be wildly incorrect in their projections. So, although Coyne has a great, great deal of confidence (I think he even speaks of scientific certainty), that, I think, is hyperbole.[4] It could well be the case that these mathematical models are simply incorrect. I don’t want to minimize the challenge that is presented by the genetic data, but it is not as cut and dry as what Coyne presents it. I talk a little bit about this in the Defenders class in the section of Doctrine of Man where we look at the question of the origin of humanity.

Kevin Harris: Refresh us on that just a little bit, Bill. First of all, for progressive creation (or old Earth creation) 50,000 to 100,000 years ago is predictable and not at all a problem.

Dr. Craig: No, the age isn’t the problem. The problem is the population size. In order to get this amount of genetic diversity, the claim is you needed to have at least 2,000 people originally to result in this.

One of the assumptions that is based upon is that the rate of mutation doesn’t change. But if the mutation rates are changing then they could accelerate and that could produce greater diversity than one might expect. You might say that increasing diversity would have a selective advantage so this perhaps would be a kind of accelerating process. Again, we just don’t know that these mutation rates have been constant over all of these thousands of years.

Further, looking at different genes, we find that they trace back to different times in our past. Mitochondrial DNA points to the genes in that organelle tracing back to a single female ancestor who lived about 140,000 years ago,

Dr. Craig: All right. He is talking here about the so-called “Mitochondrial Eve.” That is to say, astonishingly, geneticists have established that all human beings on Earth are descended from this single woman who he claims lived about 140,000 years ago. Scientists have called her, in reflecting on the biblical Eve, the Mitochondrial Eve.

Dr. Craig: This is the so-called Chromosomal Adam, again playing on the biblical figures. So the claim is that the Chromosomal Adam – the Adam from whom all persons are descended today – lived around 60,000-90,000 years ago, but the woman lived around 140,000 years ago. That doesn’t match up, right? Well, I am no geneticist, but recently Michael Murray, who is involved in the BioLogos movement and with the Templeton Foundation, sent me an email in which he said some recent studies have just reestimated the dates of the Mitochondrial Eve and Chromosomal Adam and they’ve determined that they were roughly contemporaneous.

Dr. Craig: Yes! Which, if that is correct, that is just astonishing. This could be Adam and Eve. It could be the original human pair that we are talking about. So this evidence might come back to bite Coyne. Coyne knows more about this than I do, but I am simply reporting what I have been told that would make one really sit up and think about this.

At any rate, what it would show would be, again, the uncertainty of these dating approximations. They are based on mathematical models, and they are subject to radical revision.

Kevin Harris: He then begins to talk about BioLogos:

But of course this causes much consternation for Christians—as it should for Jews, though they don’t make much noise about it. The Templeton-funded accommodationist organization BioLogos . . .

. . . founded by Francis Collins and dedicated to harmonizing evangelical Christianity with scientific truth, has been in a tizzy about Adam and Eve, publishing a lot of articles about how to reconcile the science with the Biblical claim that the pair was the ultimate source of human sinfulness. And that sinfulness, of course, is the reason why Jebus was so important.

Now, I am going to take him to task here. He misspells Jesus. I see this from the infidel crowd all the time. “Jebus.” That is pejorative and it is uncalled for to spell Jesus’ name that way because it is trying to portray it in a way that a toothless hillbilly would say Jesus.[5]

Dr. Craig: You are sure it is that way in the original?

Kevin Harris: Yes, I am looking at it right here.

Dr. Craig: That is so infantile.

Kevin Harris: Straighten yourself out. Get a clue. Get a life. That is uncalled for.

Dr. Craig: That is silly.

Kevin Harris: And become a Christian while you are at it. [laughter]

A new BioLogos piece on Adam and Eve, written by president Darrel Falk, discusses the controversy and ways to harmonize these incompatible views.[6] It uses as its starting point an interesting article in the latest Christianity Today, “The search for the historical Adam” (what about Eve?). You can access that article free online. I’d recommend reading both the 6-page Christianity Today article and Falk’s gloss on it, for both show, better than anything else, the problems that scientific data pose for Christianity—particularly American evangelical Christianity.

The Christianity Today piece notes a couple of ways to deal with what seems to be an insuperable problem. All of them, of course, regard seeing Adam and Eve not as the literal parents of humanity, but as some kind of metaphor. Perhaps they’re just a metaphor for our inherent sinfulness (but I, for one, refuse to believe that I am just a primate born inherently sinful). Or perhaps there was a group of ancestors that could go under the metaphorical name of “Adam and Eve.” Alternatively, perhaps there was such a literal pair, but they were only the metaphorical ancestors of humanity. This last notion seems to be the position that most of BioLogos commenters have accepted. But in his piece, Falk emphasizes, once again, that the organization doesn’t have a consensus view on Adam and Eve.

So there are some alternatives that are being offered.

Dr. Craig: I think the most plausible take for those who want to deny that Adam and Eve were literal persons would be to say that the literary genre of Genesis 1 and 2 and 3 is not meant to be historical; that this is something like myth or fable or something that teaches some deep truths in the way, say, that Aesop's fables teach deep truths. But it would be a mistake to take these as literal people. These are not meant to be taken in that way. That would be the most plausible spin, I think, for those who want to take the non-literal view. The really hard part for that, though, is that Jesus and Paul seemed to take it literally. They seem to think that there really was such a person as Adam in which case you’d have to either say that they were wrong (which raises all kinds of problems) or you could say that this was just a part of their incidental beliefs but not part of what they actually taught. For example, Paul may well have believed that the Earth was flat for all we know. He probably believed that the sun went around the Earth based on their perception. But they nowhere teach that. They don’t teach this as Christian doctrine. Maybe you could say that about the historical Adam. It is a really difficult problem as to how you are going to sort this out. For that reason, I am inclined to stick with the literal Adam and Eve until absolutely forced by the evidence to abandon that view. I think we are far from that point.[7]