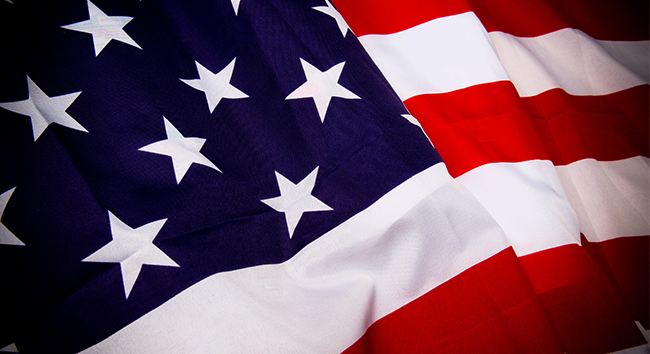 President Trump issues an executive order on religious liberty. But does it go far enough?

KEVIN HARRIS: Dr. Craig, I don't know if I've ever seen this much divisiveness in politics and around a presidential election. Donald Trump has been in office five or six months at the recording of this podcast.

DR. CRAIG: It really is incredibly divisive, isn't it? Particularly alarming is the vitriol and the violence on the left. We normally associate the political left with tolerance and openness, and yet it has shown itself to be just as bigoted and closed-minded and even resorting, as I say, to violence and shutting down free speech in order to oppose Trump's initiatives. It really is very alarming.

KEVIN HARRIS: One of the promises that Donald Trump made to his supporters was that he wanted to protect religious liberty and free speech. This executive order that he just enacted doesn't quite get there according to Christianity Today and some other commentators. It says it gives place to a lot of things that conservatives and evangelicals in particular wanted to see happen in the country but did not cover all of them. Is that the impression you get?

DR. CRAIG: Yes. I think it is tremendously ironic that someone as narcissistic and materialistic and unspiritual as Donald Trump should emerge as a champion of religious liberty in this country. Yet he does seem to be taking steps in that direction. He is at least promising to address these issues of religious liberty. I do think that these are the most important issues that will be coming up before the Supreme Court in the coming years – issues concerning the degree to which one can be exempted from federal laws or regulations because of matters of religious conscience. This has become extremely important, for example, in federal mandates to provide health care that would include “women's reproductive services,” aka abortion and contraception. Many Christian organizations as well as other religious organizations (this would affect Muslims as well) cannot in good conscience agree to provide these sorts of services and therefore want to be exempted on the basis of religious liberty considerations from these regulations. The claim is that to require them to violate their religious conscience would be an example of the state imposing religious beliefs upon them. It would violate the free exercise clause of the Constitution.

Another area where this comes up is the Supreme Court's now redefining marriage so that marriage is no longer a heterosexual union but two men can marry each other or two women can marry each other. This might force Christian organizations to recognize such unions even though they would have religious objections to them. Or, in the case of LGBT persons, not to discriminate against them in hiring so that your church or your religious organization would have to hire a practicing homosexual even though that would violate the standards of conduct that your religious organization adheres to. These religious liberty issues are enormous and of great significance. These will be coming before the Court in coming years which is why Trump's appointment of Neil Gorsuch to the Court is so important to preserve a constitutionalist perspective that Antonin Scalia could be counted on to articulate. The next appointments to the Supreme Court will be battles-royale because that would then begin to shift the balance on the Court whereas Gorsuch's appointment didn't really shift anything.[1]

All of this is to say that this is an important issue and that Trump wants to, and claims to, be a champion of religious liberty for which Christians can be very grateful.

Unfortunately, this order that he issued really disappoints in that respect. It doesn't say anything about providing exemptions for religious groups who are opposed, for example, to practicing homosexuals on their staff or to provisions of health care that would require employers to provide abortifacients for female employees. The only thing this does is to extend political speech protections for pastors and religious organizations so that they can talk about political issues, for example from the pulpit. Well, this is really kind of a non-issue. As I understand it, black churches have been doing this for years. They have political candidates come and speak from their pulpits. Pastors in black churches regularly address political issues and political candidates. The IRS doesn't chase them down and try to hunt them down and remove their tax exemptions. So this order by Trump, though it is a step in the right direction, I don't think really significantly impacts the concerns that evangelicals and Muslims as well would have.

KEVIN HARRIS: That is right. It is a non-issue for that reason – that only 14% of evangelical pastors and 9% of mainline pastors approve of any kind of pulpit endorsements. It is very small. Evangelicals themselves – only 29% – in fact most say “don't do it.”

DR. CRAIG: Right, they are not interested in hearing politics preached from the pulpits.

KEVIN HARRIS: So this doesn't do anything as far as that. Before we continue, let me just say in a way you have been put into this position to comment on this by our listeners. They want to hear what you have to say about it even though our emphasis is on your work, apologetics, philosophy, and we talk about science and theology and things. The apologetics bloggers – the philosophy and apologetics social media – is just lit up with social issues right now. It is just unavoidable. This is why we are commenting.

DR. CRAIG: I think the reason is that these issues are not merely social or political. If they were merely political I would avoid talking about them. But I see these as ethical issues which must be addressed by the church. Issues of religious liberty are important constitutional and ethical questions. We must not sit idly by while our constitutional rights to freedom of religion are eroded by a big brother government that would impose upon religious organizations and churches stances to which they object on religious grounds.

KEVIN HARRIS: The President said, “I am signing today an executive order to defend the freedom of religion and speech in America. The freedoms that we wanted. The freedoms that you fought for so long.” He said that at the Rose Garden ceremony. “The federal government will never ever penalize a person for their protected religious beliefs.”

DR. CRAIG: That is a very sweeping statement which is welcome. But unfortunately the executive order itself, as I understand it, didn't specifically mention those sorts of issues but simply restricted itself to issues of free speech or political speech. This would be very relevant in Canada where the speech police are so oppressive that people can be prosecuted as uttering hate speech merely for enunciating the view that, for example, homosexual activity is immoral, which is what the Bible teaches. To engage in homosexual relationships, homosexual activity, is immoral just as adultery is immoral or premarital sexual activity is immoral. That is unacceptable in Canada because the politically correct speech police deem that to be hate speech.[2]So these protections that are enunciated here are important in preventing us perhaps from sliding further in the direction that Canada has gone but they don't address the really burning issues that I think the church faces and that will come before the courts in future years.

KEVIN HARRIS: Yes. And the indication was that the executive order would make allowances for religious conscience in regards to the LGBT issues. Yet that did not make it into this executive order. One wonders why. Why is that left out?

DR. CRAIG: I am not surprised by this because I remember seeing speeches given by Donald Trump when he was on the stump as a candidate. I got the very distinct impression that for him lesbian, homosexual, bisexual, transgender activity is not really immoral. He really doesn't see anything wrong with it. He sees this as just a personal lifestyle choice and does not share the biblical perspective that this is something proscribed by God and therefore morally wrong. I have a feeling – and it is just a hunch – that he doesn't have any ethical problems with this kind of behavior. So I am not really all that surprised to see that these protections are missing from this executive order.

KEVIN HARRIS: One of the reasons I think that this needed to be in there regarding LGBT was not to discriminate against our LGBT friends but because LGBT activists are pushing so hard radically into the very areas of ministries and churches in order to take advantage of the Supreme Court ruling.

DR. CRAIG: We've seen that, for example, on college campuses where local chapters of InterVarsity Christian Fellowship are being told by the universities that they must allow, for example, practicing homosexuals to serve as officers in the InterVarsity chapters even though this violates InterVarsity Christian Fellowship's standard of conduct. InterVarsity has taken a strong stand on its support for biblical ethics. It has taken tremendous heat and pressure because of this. This sort of concern can be very widely extended. I know a friend from Talbot where I work who had a wonderful cake-making business. She made the most gorgeous cakes. They were artistic creations, not just something to eat. She would do this for weddings and so forth. She has now closed that business because she could not in good conscience make wedding cakes for a homosexual wedding. Yet she knew that if her business continued inevitably, sooner or later, she would be called upon to do such a thing, she would decline, and she could be dragged into court because of it. So this Christian entrepreneur has in effect been put out of business precisely because of these sorts of rulings or the imposition of values that are contrary to her own religious conscience.

KEVIN HARRIS: Many are saying that this is a step in the right direction.

KEVIN HARRIS: But it falls short. More needs to be done. Another thing that has been pointed out is that anything done by executive order can be undone by executive order by a future president. Threats to religious freedom in American need to be addressed through legislative action that protects religious liberty for all Americans. There are some bills out there that are kind of heading in that direction. The Free Speech Fairness Act. We are going to have to come to that because free speech is under fire right now, especially on college campuses. We'll do a future podcast on that about how free speech is being shut down violently by those who oppose you. Not by debate. Not by dialogue. Not by winning an argument or saying, Here is why we don't agree. It is, You cannot speak. It is one of the scariest things on college campuses.

DR. CRAIG: I agree. It is shocking and deeply troubling. As you say though, at least this is a step in the right direction.[3] It is a reversal of the policies under the previous administration. Let's hope that Christians will continue to exert pressure on the executive so that we see additional steps to protect religious liberty.[4]