Those Who Deny Objective Moral Values 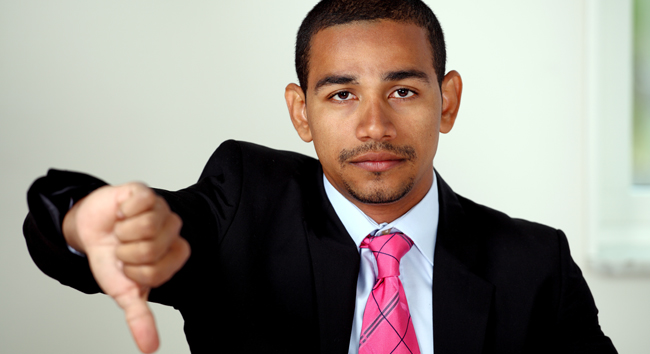 Dr. Craig receives a question from someone concerned about a family member's denial of objective moral values.

Kevin Harris: Dr. Craig, there are several things in this question that we got at ReasonableFaith.org that I find exciting, and I think you will too. It says,

Dr. Craig, my wife and I have begun to teach an apologetics class at our church, and we invited our class to our house to watch your debate with Alex Rosenberg. We also invited my wife's father who claims to believe in the Christian God but is very defensive about morality. He basically believes there are no objective morals, which makes me wonder how he can be truly a Christian since the crux of Christianity is about needing God's grace because we have broken objective morality. Watching your debate got us talking about objective morality and intuition – or as you called it: a properly basic belief – but when we pressed my father-in-law he denied that the notion of objective morality was an intuition, like other minds. It's difficult to find anyone we'd classify as saying who believes that other persons don't exist yet we can find examples galore of those like Bundy or Hitler who think rape or murder are perfectly fine. In fact, my father-in-law even went so far as to say that if a society of Ted Bundys would arise, while he doesn't like the thought of it, he couldn't say it was objectively wrong. In our discussion it also seemed like he was hung up on the idea that there was no list of morals. The Ten Commandments aren’t exhaustive, and Jesus' notion of loving God and loving others is too subjective for him. If you can't prove objective morality by providing a knowable exhaustive list, he's not satisfied. We can see demonstrations of abstract concepts, like the additions of numbers; we can empirically test scientific truths; and we can intuitively know that we exist. But, he says, objective morality seems to fail all these tests. He seems to conflate the epistemological struggle of morality with the ontological struggle; however, we're having enough trouble in even showing him that objective morality exists at all. How do you talk to someone who is willing to say that a future society of Ted Bundys wouldn't be objectively wrong? Thank you, again, for all you do.

Well, Bill, first of all, I'm so glad that they're doing an apologetics class in their church; bravo, praise the Lord!

Kevin Harris: And that they're having people over to their home to watch your debates.

Kevin Harris: Brings up the deep questions of life, about morality. And here is a family member who is struggling through this. And, Bill, they're learning something from you: they're able to see that the father-in-law's struggle here was in distinguishing between the epistemological struggle of morality and the ontological struggle—Bravo! They know more than most philosophers!

Dr. Craig: Amen! Oh, isn't that the truth? It's so encouraging when you see people catching these distinctions, and seeing that the question of how we come to know a list of our moral duties, for example, is quite independent of whether or not there are objective moral duties that we have to fulfill. Good for them!

Kevin Harris: So they're well on the way toward helping this family member along, but they ask, you know, how do you talk to someone who’s willing to say that a future society of Ted Bundys wouldn't be objectively wrong?

Dr. Craig: So how do you deal with someone like this? Well let me suggest a couple of things in this case. First, they said that the father claims to believe in the Christian God. So perhaps what they could try to do is to show him that objective moral values and duties flow logically from things that he already believes. So that they don't try to convince him directly of objective values and duties, but try to deduce them from things that he's already committed to, and I think the case of God would be the perfect example. By definition God is a being who is worthy of worship. Anything that is not God is not worthy of worship. And to be worthy of worship – not just admiration, Kevin, or awe but to be worshiped – a being must be morally perfect. Any being that was not morally perfect, that was flawed in some way morally or less than perfect, would not be worthy of worship. So that if one believes in God one is committed immediately to the objectivity of moral vales because God is the highest good.[1] He is worthy of worship, and therefore he is perfectly good, and therefore moral values exist. So they could perhaps try to show the father that it follows from things he already had committed to.

And this is especially evident when you think that some people are irrational; some people are cognitively dysfunctional. A colorblind person is visually impaired; he can't see the difference between red and green. Does that mean, therefore, that we should think there is no difference between red and green? Well, no. Similarly the psychopath or sociopath might not sense the existence of objective moral values or might think that it's just fine to go into an elementary school and shoot little boys and girls. Does that mean that we should doubt what we see clearly? Well, not at all; there's no reason to allow this other person's malfunction to cause us to doubt what we see clearly. So he is making a mistake in thinking that just because there are persons who deny the existence of objective moral values and duties that therefore objective moral values and duties are not properly basic and do not exist.

Finally, the thing that I think they might want to try to do is turn the burden of proof on him. They have offered grounds for belief in objective moral values and duties—namely we apprehend them in moral experience. And we are justified in going with that experience unless and until we have a defeater that would lead us to doubt that. Compare our beliefs in the existence of the external world. I am surely rational to believe in a properly basic way that I am surrounded by a world of physical objects that I see. But if someone were to give me some sort of evidence that I am really a brain in a vat or in the Matrix, and so all that around me is an illusory projection of my own mind, then that would be a defeater for that properly basic belief, and I may come to doubt that belief. Now, in exactly the same way they can say, “In order for me to doubt what I perceive as moral values and duties in a properly basic way, you need to give me some defeater for thinking that I'm having a delusion.” And here I think the problem is the one enunciated by Louise Antony, the atheist philosopher whom I debated on the existence of God, when she put is so well. She said, “Any argument for moral skepticism is going to be based upon premises which are less obvious than the reality of moral values and duties themselves, and therefore can never be rational to accept moral skepticism.”[2] And I think that's just a really, really, powerful argument. It would be similar to saying any argument that I'm a brain in a vat or someone in the Matrix is going to be based upon evidence or premises less obvious than the reality of the physical objects around me, and so I would never be justified in believing such a thing or doubting what my senses tell me. And I think it's exactly the same with these moral values and duties.

By the way, it's not true that no sane person thinks that other persons don't exist. Dr. Rosenberg doesn't think other persons exist; he doesn't think he exists as a person. He says there are no selves, no persons, no “I's” in the sense of a person perspective. And yet this gentlemen seems to agree that belief in one's own existence and that of other minds is properly basic. I think he's right, but that's not a belief that's universally held.

Kevin Harris: Bill, did C. S. Lewis have insight on this? What do you think about what he said about natural law? Is this what C. S. Lewis was trying to express when he said, look, there's a natural law that we apprehend? He appealed to this natural law.

Dr. Craig: Yes, I think Lewis thought that all of us do apprehend objective moral values and duties in moral experience, and so he's willing to run a sort of moral argument based upon that.

Kevin Harris: Bill, another suggestion in interacting with this father-in-law is that, he claims to be a Christian . . .

Kevin Harris: a follower of Christ, and so there could also be an appeal to what Scripture says about this, and appeal to some biblical theology – unless he wants to deny that too, but he would probably see his inconsistency if he did – but what are some biblical things that we might offer him on objective morality?

Dr. Craig: Well, you might ask him whether he thought Jesus was a good person. [Laughter] That would be a bold assertion for him to say, “No, I really don't think Jesus was a good person,” and yet that is what he'd have to say on his view. You could point to specific verses. It just occurred to me, though, that you would want to make him as uncomfortable as possible. Exert a high price tag for adopting his view, like having to say that Jesus wasn't really a good person, or quote verses from the Scripture about the goodness of God, or about the values that exist. There are lots of vice lists in Scripture of things that are bad, and other virtue lists of things that are good. You could appeal to these verses. And, again, in one sense these don't carry any sort of philosophical punch, but since, as you say, he claims to believe in the Christian God this would mean he's going to have to go and say that the Bible is wrong, that the Bible is mistaken, and even that Jesus is not a good man. And that ought to make him think. Why go to such extremes? What's motivating this moral nihilism? Put the burden of proof back on him. I'm very encouraged to see these folks teaching this material and training others in the defense of the faith.[3]