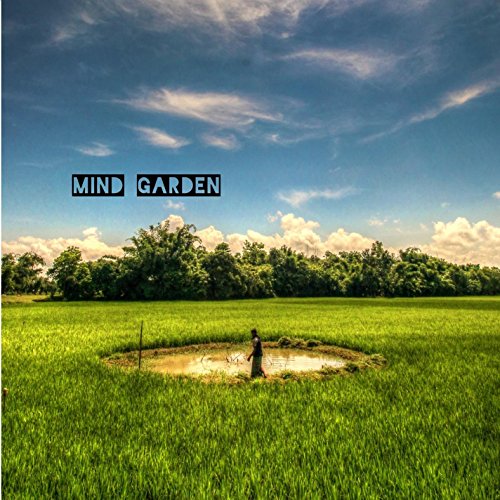 King of the World - Natalie Grant

KEVIN HARRIS: Wes Morriston is Professor Emeritus at the University of Colorado at Boulder and has interacted with Dr. Craig both in print and in person, mostly on the kalam cosmological argument. We thought it would be interesting to interact with him on some other topics. Welcome to Reasonable Faith with Dr. William Lane Craig. I'm Kevin Harris.

A few weeks ago we listened to another podcast called Real Atheology produced by Ben Watkins and Justin Schieber. Dr. Craig was impressed by the civility, the quality of the topics, and the variety of guests on the podcast. So way to go Justin and Ben! We plan to interact with some more Real Atheology podcasts in the future. That will be coming up.

Today we begin a two-part series on their podcast with Wes Morriston on moral freedom and the moral argument. We've tried to highlight portions of the interview to save time, so let's start with this statement from Dr. Morriston.

DR. MORRISTON: The question is: why would an all-good, all-powerful, all-knowing God permit all of this moral evil? The answer that is often given is that we are morally free or significantly free. “Significantly free” is the term that Plantinga uses. That means (in the context of the Free Will Defense at least) that we are free to choose between good and evil. We could do either. We are free to do what we know we ought to do, but we are also free to do what we know we ought not to do. This is supposed to be a very great good, such a great good indeed that God is justified in permitting an incredible amount of moral evil for the sake of it. The thought is that if God were to interfere and make us always do what is right then we wouldn't really be morally or significantly free – free to choose between good and evil. So the tension is that on the one hand Free Will Defenders are telling us that moral freedom is a very, very great good, so great that for the sake of it God permits all the evil that we do with it. On the other hand, they are typically orthodox believers who think that God is not morally free – free to choose between good and evil –  because he is essentially perfectly good. He couldn't have been other than perfectly good. So he is not free to choose between good and evil; we are. It is great that we are supposedly, great that God isn't. So I hope we are starting to see a tension. Maybe I can spell it out this way. If it is such a great thing for God to be essentially good and therefore not morally free, why wouldn't it be a great thing for him to have made us like that as well? We would just be more like God. How could that be bad? If, on the other hand, it is a really super great thing for us to be morally free, why isn't it a defect in God that God is not morally free? So that is the tension that I see.

Now, Morriston raises a difficulty for the Free Will Defense in that he says, God, being essentially good, is not free to choose between good and evil, so why does he not enjoy this great good that we human creatures do? I think that God does have libertarian freedom, but what Morriston unjustifiably assumes is that libertarian freedom entails what is called the principle of alternative possibilities. That is to say, if you freely choose A then there must be the possibility of your choosing not-A instead. I am persuaded that the principle of alternative possibilities is false; that, in fact, it is not entailed by libertarian freedom. To give a famous illustration from Harry Frankfurt, a philosopher: imagine that a person were wired up secretly by a mad scientist who implanted electrodes in his brain to make him vote for Donald Trump when he goes into the polling booth. The mad scientist knows that if the person were to try to vote for Hillary Clinton he would throw the switch, activate the electrodes, and cause the man to vote for Donald Trump. But suppose the man goes into the polling booth and he votes for Donald Trump without the need of the electrodes being activated. Doesn't he do so freely even though it was impossible that he do anything else? Because if he were to try to do anything else the electrodes would have been activated and he would have been forced to vote for Donald Trump. This shows that what is essential or intrinsic to free choice is not the ability to do otherwise but it is the freedom from external causal determination. It is up to you. You are the one who determines the free choice. That kind of freedom God enjoys. God freely chooses to do whatever he does without any external constraints or causal determination. So God, I think, does have libertarian freedom just as we do despite the fact that his essential goodness means that he would never choose and could not choose for an evil choice. Morriston asks, Why didn't God create us like that? Why didn't God create us so that we would be essentially good? I think it is very plausible that then we would be God! Only God can have the property of being essentially good. Therefore this is an impossible speculation on Morrison's part. I think it could well be the case that only God could have this sort of essential goodness that would not have the possibility of doing evil.

KEVIN HARRIS: You realize you may have given the Russians some ideas on how to affect the next election! Here is another segment from Wes Morriston.

DR. MORRISTON: I think in the article I spell this out in terms of Swinburne's theodicy and Plantinga's Free Will Defense.

INTERVIEWER: Turning to that, the Christian philosopher Richard Swinburne you mentioned puts a great deal of emphasis on the intrinsic goodness of moral freedom. That is how he goes about his theodicy. But he additionally claims that God has a different kind of freedom.

DR. MORRISTON: God is perfectly free because he has not the slightest desire or inclination to do what is wrong, not the slightest desire or inclination to do what is less than the best if there is a best. So if there is a best you can count on God to do it. There is a kind of argument that Swinburne offers for saying that a God who is perfectly free and who is also omniscient couldn't do evil. So if God is perfectly free and omniscient he couldn't ever have moral freedom – that is, the freedom to choose between good and evil. I think Swinburne acknowledges this. That is what perfect freedom is according to Swinburne. You can imagine what I'm going to say about that. I'm going to say maybe we could have had perfect freedom, and wouldn't that have been better and wouldn't that have just made us more like God? Swinburne, as far as I can tell, doesn't address this issue explicitly anywhere that I know of. But his view does seem to be that God could have given us perfect freedom instead. Maybe he has done that with other creatures – maybe with some angelic beings.[2] That is good too, but there are lots of good things and it is really good for us to have deep responsibility for each other's welfare, responsibility of a kind that we couldn't have had without the freedom to choose between good and evil. So, yes, moral freedom to choose between is very much a part of Swinburne's theodicy. Yet he also simultaneously holds that God doesn't have this moral freedom; instead, God is perfectly free.

DR. CRAIG: I think my answer to this is going to be evident. Here Swinburne is said to deduce God's perfect freedom from his omniscience and his free will. Morriston says, Why couldn't we have that perfect freedom? Because we could not be omniscient. If omniscience is the ground of perfect freedom then it is incompatible with any finite being. You would have to be an infinite being in order to enjoy perfect freedom. I think it is just incompatible with any sort of human finitude that we would have infinite knowledge of past, present, and future, and middle knowledge as well (of counterfactuals of freedom), and all necessary truths. I think this just underlines the point that I made before that trying to ask why we don't have the kind of freedom that God has is because we are not God.

DR. MORRISTON: I don't know what he says about this nowadays, but when he wrote The Nature of Necessity the view was that significant freedom (as he calls it – the freedom to choose between good and evil) is a necessary condition of moral responsibility, and moral responsibility is, in turn, a necessary condition for distinctively moral goodness. The way he developed the Free Will Defense, it wasn't just that freedom has to bear all the weight – as if the intrinsic value of significant freedom by itself has to bear all the weight. It is that without significant freedom there wouldn't be any moral responsibility and there wouldn't be any moral goodness in the world. So God, in virtue of his super knowledge of what would happen if what various creatures would freely do if placed in various situations, knows that the overall balance of moral good and evil in the world that he is about to create will be good and indeed better than any alternative available to him. That is very roughly the way Plantinga's Free Will Defense went back in the 1970s. He thinks that is the story on how God is justified. But notice that the story includes these claims: significant freedom is required for moral responsibility which in turn is required for moral goodness. But on the other hand, Plantinga doesn't think that God is significantly free. Plantinga thinks that God is the greatest possible being, and as the greatest possible being he must have his great-making characteristics – all of them, including moral goodness – in every possible world in which he exists, which of course is all possible worlds. So there is no possible world in which God does anything wrong. So it looks as if Plantinga is stuck with the conclusion that God doesn't have significant freedom. But now it looks as if we have a logical inconsistency. On the one hand, significant freedom is logically required for moral goodness. God doesn't have morally significant freedom. But God is morally good. It looks as if we've got an inconsistency.

DR. CRAIG: I think it is evident that this supposedly inconsistency doesn't exist on the view that I have just explained. I would agree that freedom is necessary for moral responsibility and that moral responsibility is a necessary condition of goodness. But what Morriston's argument continues to assume without justification is the principle of alternative possibilities. I think that is false.[3] I think there is very good reasons for rejecting that view of libertarian freedom that have nothing to do with theology. Therefore, on the view I would hold, God does have significant freedom, and that is therefore entirely consistent with his goodness.

KEVIN HARRIS: OK, we will pick it up right there next time on Reasonable Faith. Thank you so much for joining us. Be sure, if you haven't been to ReasonableFaith.org for a while, to go there and look around. We've got a new look and some new features at ReasonableFaith.org. You can make a donation there, as well, safely and securely and get to know us better. We'll see you next time on Reasonable Faith with Dr. William Lane Craig.[4]