Media > Reasonable Faith Podcast > An Atheist’s Response to a Muslim

An Atheist's Response to a Muslim 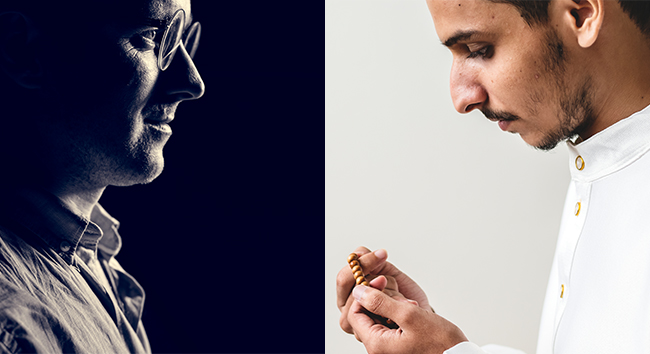 Dr. Craig interacts with an exchange between an atheist and a Muslim.

“An Atheist's Response to a Muslim”

KEVIN HARRIS: Dr. Craig, an atheist blogger has responded[1] to a Muslim article, “Nine not-so-good reasons to be an atheist.”[2] Rather than go through all nine of these, there are a couple that I want to highlight. One, he mentions you. What is one of the objections that the Muslim tries to answer here that you see?

DR. CRAIG: The fifth argument that's mentioned here is that free will and belief in God are incompatible. The idea here is that if God already knows what one is going to do, how is one free to do anything to change the future which is already known to God? I've written on this extensively as you know. For example, my book The Only Wise God deals thoroughly with this and shows the logical fallacies of this claim that free will is incompatible with divine foreknowledge. But the Muslim’s answer to this objection is to say,

The error in this form of argumentation is that it places God inside the framework of time. According to any sophisticated theistic concept, God is independent of time . . .

I take it the Muslim will go on to argue that God is timeless and not in time and therefore doesn't literally foreknow the future.

KEVIN HARRIS: Bob, at this point, says, What do you mean sophisticated theistic concept?

What does that mean? Confusing? Complicated? And how is “sophisticated” measured? A claim about reality should be measurable by how well it fits with the evidence, but somehow I think that evidence isn’t what the author wants to use here.

DR. CRAIG: I see evinced here, if I may say so, a kind of inferiority complex that I often see in these atheist blogs. They take offense at expressions like “a sophisticated” theistic concept. Obviously when this Muslim is talking about a sophisticated concept of God, he doesn't mean confusing or complicated or something that's measured by the evidence. I think here Bob Seidensticker is feeling badly that he is being characterized as somehow unsophisticated because he supports this argument. But I think what the Muslim is saying is absolutely right. There are these sort of folk concepts of God as the man in the sky with the white beard, and then there are the philosophically more sophisticated concepts of God such as St. Anselm had. And by “sophisticated” one means here conceptually refined and reflective.

KEVIN HARRIS: We would all want sophistication in our work. I mean there would be a sophisticated business practice that would bring about some results, and there'd be an unsophisticated one that wouldn't! So it's not with the term. Anyway, he says perhaps sophisticated means “thoughtful.”

DR. CRAIG: Right. I think we could accept that. OK. What's wrong with that?

I’ve read countless apologetic arguments that claim to be thoughtful but turn out to be some witches’ brew of confirmation bias, ad hoc thinking, rationalization, cherry picking of evidence, and cognitive dissonance. Just because someone is smart and able to defend nonsense doesn’t mean that what they say is correct . . .

DR. CRAIG: And there I would say that this is nothing but name-calling. These are just labels that he gives. He needs to give specific examples of where these alleged fallacies occur, otherwise it's just name-calling.

KEVIN HARRIS: He mentions you here. He says, “Give William Lane Craig a year to build a case for the flat earth hypothesis, and he’d have as compelling a case as the one he uses for Christianity.”

DR. CRAIG: This is just insulting is all. He's saying the flat earth hypothesis is absolutely absurd, and that Craig, as a sophist, could argue for that just as well as he argues for the absurd doctrine of Christianity. This is, while perhaps hyperbole, to equate the truth of Christianity with the truth of flat earth hypothesis, which is nonsense. There are no flat earthers teaching and holding professorships at universities, reading papers in professional societies, publishing in peer-reviewed academic journals, but there are untold hundreds of Christian philosophers, scientists, historians, psychologists, who are doing just those things with regard to Christianity. And so folks like Bob, I think, need to get a grip on reality here rather than offering these tendentious comparisons.

KEVIN HARRIS: By the way, I'm still trying to figure out if the Flat Earth Society online is a joke, and most people think it is. Some people think that they're serious. But I think – I've read a couple articles on it – it is a joke. It's a parody. He says, “And I can’t ignore the slightly tangential Courtier’s Reply.” This is a fallacy that's supposed to be: if you say the emperor has no clothes, someone can reply, Ah, but have you been to Paris and studied clothing and the latest fashions? And if you haven’t, how can you say anything about what he's wearing? So there's always this temptation to say to people, How can you give any kind of response or come to a conclusion when you haven't studied this issue?

DR. CRAIG: And that's not a fallacy. This is all in Bob's mind. It is not a fallacy to say to someone, Have you really studied this? Do you understand the issues and the arguments involved? Or are you just blogging out of ignorance about these things? That's not fallacious.

KEVIN HARRIS: You've taken on Dawkins a lot. Have you done this to him? He says,

. . . defenders annoyed at Richard Dawkins because of his book The God Delusion. The Reply ends: “Until Dawkins has trained in the shops of Paris and Milan, until he has learned to tell the difference between a ruffled flounce and a puffy pantaloon, we should all pretend he has not spoken out against the Emperor’s taste.”

DR. CRAIG: Obviously, this is not the form of the critiques that I've offered of Dawkins. What I've done is looked at his criticisms of the principal theistic arguments and exposed the fallacies in those objections. Then I've looked at his own argument – the central argument of his book for atheism – and shown how it is based upon assumptions that are not warranted by the evidence and that makes other sorts of conceptual confusions as well. I would invite folks to look at our YouTube videos on my responses to Richard Dawkins. They certainly do not take the form here that Bob imagines.

In the same way, too many apologists try to shield poor, defenseless God from critique by inventing ever more roadblocks for atheists to get around. “You haven’t responded to McConnell’s Inverted Counterclockwise Gluten-Free argument for god,” they’ll say. “I can recommend a couple of books that cover that one thoroughly. And if you get past that one, which I doubt, I’ve got plenty more.”

I've heard that, too. There's always a paper somewhere. Well, there's a paper on that that refutes what you're saying. Where is it? Who read it? I don't know, but it's out there.

DR. CRAIG: I can sympathize with him here. But what's funny is that I have been criticized precisely for using the same arguments over and over and over again in debates for years now without coming up with some new inverted counterclockwise gluten-free argument for God. I'm so confident in the worth of these arguments that I trot the same ones out time and again. Atheists have had years to prepare their responses for these, and yet if you look at how things go, it seems like the same weak feeble objections are raised against them and are refuted over and over again. So I certainly couldn't be accused of inventing ever more new roadblocks for the atheist to overcome. Rather, what I do is say to the atheist, How about giving me a response to these roadblocks that have been sitting here now for decades waiting for your response to them. I think that this one really is inapplicable.

KEVIN HARRIS: OK. Back to the article:

According to any sophisticated theistic concept, God is independent of time, and therefore it’s meaningless to apply words such as ‘future’ or ‘already’ to God.

DR. CRAIG: OK, now we are back to the Muslim reply that we anticipated. The Muslim is saying that for a philosophically sophisticated concept of God, God should be conceived to be timeless and therefore it's meaningless to apply temporal terms like “future” or “already” to God because God exists timelessly. This is one of the classic responses to the problem of divine foreknowledge and human freedom. Boethius adopted this approach, and so did Thomas Aquinas. There are proponents of this approach today, as well, such as Eleanor Stump or Brian Leftow of Oxford University. So this is a possible way of dealing with the objection. It's not the way I prefer. I am quite willing to think of God as having literal foreknowledge – that God exists now, in time, and has knowledge of the future, and that's entirely compatible with human freedom. But nevertheless the Muslim has accurately expressed a possible option for dealing with the objection, and so Bob needs to come to grips with the Muslim’s response.

Be careful: a god outside time is frozen and inert. Only with time can God judge, decide, take pleasure in things, and so on—all actions that the typical Christian apologist says God does.

DR. CRAIG: Let me just pause there. I think it's true that a god who is timeless is changeless. That's what timelessness entails. But what I would deny is that judging, deciding, taking pleasure in things, are temporal activities. I do not see that those cannot express a timeless mental state that God might have. So what Bob would need to do would be to show that those sorts of activities (if we call them that) are inherently temporal. In my book Time and Eternity I've dealt with arguments of this sort and argued that they are not, and that therefore these are not good arguments against God's timelessness.

KEVIN HARRIS: He goes on to say, “What does ‘God is independent of time’ mean? Is that like being a time traveler? Or is it that he’s above time? But how can he be above time without being outside time and therefore inert?”

DR. CRAIG: Obviously, it doesn't mean that God is traveling in time. The Muslim here is talking about a God who is timeless, who is a temporal and therefore (in Bob's metaphorical terminology) above time – timeless. And he can be timeless and be outside time – that's correct. He's not in the temporal dimension, and therefore would be changeless. But what Bob has not shown is that judging, deciding, taking pleasure are inherently temporal activities.

DR. CRAIG: That’s right. He wants something that can be easily rejected and pilloried and caricatured and won't require him to do any study. And so you get this concluding sentence, “All this science fiction needs to be justified.” What this Muslim has said is not science fiction. This is classical theism. It doesn't do good to call names and say this is science fiction. And then he concludes by saying, “Apologists try to say something profound, but then they expect a pass so they needn’t justify their exuberant claims.” And that is just unfair. I think many apologists do say things that are profound (like asserting divine timelessness) and they will attempt to justify those claims in the same way that the atheist must justify his claims.[3]