Can God Learn Anything? 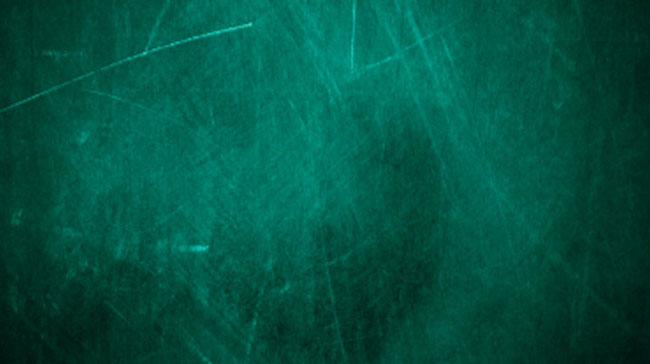 Transcript Can God Learn Anything?

Kevin Harris: Welcome to Reasonable Faith. It's the podcast of ReasonableFaith.org with Dr. William Lane Craig. I'm Kevin Harris joining Dr. Craig on a discussion of God's omniscience today that has been criticized by an atheist writer who says that there's a particular aspect of God's so-called omniscience that disproves God. And we've had some questions similar to this come to ReasonableFaith.org, Dr. Craig, so I did want you to look at this. And the problem – under the title “omniscience and learning” – in a nutshell is that since God knows everything he can't learn anything. But if he doesn't know what it means to learn something, to come to know something, and so on, well, then, there's something that he doesn't know and therefore he's not omniscient. Did I state that basically right? Is this what you would call an incoherency argument against God?

Dr. Craig: Right, it would say that the doctrine of divine omniscience is incoherent because it would have a self-referential defeater: it would require that God know everything, but then it would show that he can't know everything.

Kevin Harris: And we got a question just a few days ago: can God create a being equal to himself, in every way, equally omniscient, to himself? And if he can't, well, then he's not omniscient, and if he's not omniscient then God must not exist. [1] First, let's just look at this. Would you hold, then, that God can't learn or come to know anything in his nature?

Dr. Craig: Well, actually, Kevin, it's interesting. On my view I think God can learn things. So I would deny in this argument, as it's stated here, the inference from the premise “There was a time when God was in a state of not knowing” and then the statement “God has not always been omniscient.” I don't think that follows. It doesn’t follow that God has not always been omniscient from the fact that there was a time when God was in a state of not knowing something. Now, why doesn't that follow, Kevin? Well, very simply this: if God is in time then there are tensed truths. That is to say, there are propositions which have verbs in them that are in the past, present, future, and other tenses. And therefore these propositions change their truth values as time goes on. For example, it was once true that Columbus will discover the New World. A little later it was then true that Columbus is discovering the New World, and as time passed it became true and is now true that Columbus discovered the New World—past tense. So what this means is that if there are these objectively tensed truths that change their truth values from going from false to true, then God, in virtue of being omniscient and knowing all truths, will come to acquire new beliefs—he will learn new truths, namely, as the proposition “Columbus discovered America” switches from having the value false to having the value true, this now will come to be believed and hence known by God. And so a God who is in time will have a knowledge that is constantly changing, he will have a knowledge that is constantly growing, we could say learning new things, as new propositions become true. So far from entailing his non-omniscience, God's omniscience would actually entail that his knowledge will be changing and constantly being added to as new truths come into being.

Kevin Harris: Some people may be thinking that you're saying that God didn't know that Columbus, for sure, would discover America and he came to know that when he goes, “Oh, look!”

Dr. Craig: So, you see, God does learn new tensed truths all the time, [2] because he is omniscient. Omniscience entails believing only and all truths, and so if there are new truths, God has to believe them.

Kevin Harris: This, again, gets back to an accurate definition of omniscience.

Dr. Craig: Right, and you notice the argument never gives a definition of omniscience, which makes the argument a non-starter. You've got to have the attribute clearly defined.

Kevin Harris: So that's one reason this argument is a non-starter. But to a person who is a layperson and someone throws this argument at them, any of these incoherency arguments – can God make a rock that's too heavy for him to lift? And can God create a being equal to himself, and so on? – is it a misunderstanding of what omniscience entails?

Dr. Craig: Well, or in omnipotence, I think, in the case of the rock, of making the rock—that's omnipotence. Let's stick with omniscience. Yes, I think it is, Kevin, also a factor of not understanding what omniscience is. These attributes need to be clearly defined or we don't know what we're talking about. So, what is it for a being to be omniscient? Well, that attribute means for any proposition p if p is true, then the being believes that p and does not believe that not-p.

Kevin Harris: Does this mean that something can catch God by surprise?

Kevin Harris: This is so good, Bill, because people need to get past third grade Sunday school theology.

Kevin Harris: I mean these are sophisticated considerations and need good philosophy and good theology to work on these issues.

Kevin Harris: So knowing tensed events would involve experiential knowledge rather than propositional? [3]

Dr. Craig: This is disputed among philosophers. Some philosophers, like myself, think that the tensed content of sentences is part of the propositional content of the sentence. I think that tense is an objective feature of reality, that there are tensed facts about what is presently going on or what will happen, for example. And so I think that there are tensed facts, tensed propositions. Other philosophers would say, no, tense is just an experiential aspect of the knower's situation. And therefore on their view God wouldn't even need to have the experience of learning new tensed facts; they would say that God just knows all the tenseless facts there are. For example, they would say God knows that Columbus discovers America in 1492, but he doesn't know the fact that Columbus will discover America or that Columbus did discover America. He just knows the tenseless proposition “Columbus discovers America in 1492.” So that's an issue that's controversial. If those philosophers are right then this argument is just completely wrong because God wouldn't need to have this sort of experiential knowledge because it wouldn’t even be propositional.

Kevin Harris: So you could apply this same argument to deny God's omniscience. With your illustration God does not know what it's like to have a sore back because he doesn't have a back, and for those who see a red flag, we're not talking about the incarnation.

Kevin Harris: And we're not talking about a theophany, we're talking about God in his essential nature. And so they will say, well, God can't be omniscient because he doesn't know experientially what it's like to have a sore back. So he's not omniscient, therefore he doesn't exist.

Dr. Craig: Well, that's based upon a definition of omniscient that is different than the standard definition. When theologians and philosophers claim God is omniscient, they mean that he knows only and all true propositions. And so that's fine. They're just isn't a problem.

Kevin Harris: And it still holds that God knows everything that is actually knowable. I mean, a God can, in his omnipotence, only do what can actually be done. God doesn't make square-circles, and things like that – absurdities and contradictions. So in omniscience, and actually this author kind of anticipated this argument, if there's something that is actually impossible, well then it's absurd to ask whether God knows it, because it's actually impossible. So omniscience only extends to what is possible.

Dr. Craig: Well, I don't like that approach, Kevin, because the definition of omniscience is not a modal definition. It doesn’t have anything to do with what is able to be known. It is just a factual definition that an omniscient being knows only and all true propositions. And that's just a factual state of affairs—it has nothing to do with what's possible to know. It's just that he knows only and all truths. And any being who meets that condition counts as omniscient.

Kevin Harris: Okay. Now, was my analysis correct, though, about omnipotence, that all the power in the world couldn't create a square-circle because it's nonsense?

Dr. Craig: Right, omnipotence is a modal property. It's a property about what one is able to do. And in that sense it's different than omniscience. Omniscience is not a modal or dispositional property. But omnipotence clearly is: it has to do with one's abilities.

Kevin Harris: Thank you for making that distinction because personally I've kind of confused the two when it comes to omniscience and omnipotence, and there are some variations within the attributes that we could kind of chase down, some nuances.

Kevin Harris: He takes on a possible objection here that I want you to look at briefly. And it says,

On the other hand this revised definition of all-knowing, besides being counter-intuitive, has a major drawback. It allows for inanimate objects to know nothing, or beings that know almost nothing, to count as omniscient beings. Rocks and grains of sand cannot know anything by definition, so they would know everything that is logically possible for them to know, so would count as omniscient on this revised definition.

Dr. Craig: I agree that the definition of omniscience is not what is logically possible to know. As I said, it's not a modal property. The people who want to make omniscience a modal property are the open theists who want to say that God lacks knowledge of future tensed propositions, [4] but he still counts as omniscient because he can know everything that's logically possible to know. And that's just contrary to the classical definition of omniscient, which says, that if a proposition is true then an omniscient being must know it.

Kevin Harris: Expand on modal for just a little bit.

Dr. Craig: Modal has to do with what's possible or necessary or impossible.

Dr. Craig: Right, that would be the logic of the necessary and the possible.

Kevin Harris: This answers the question, just a little thought, from anyone who throws up these coherency arguments, I think, against God, that we can answer with confidence when these so-called paradoxes are thrown. Bill, it's just a matter of getting our definitions straight?

Dr. Craig: That's exactly right. It's a matter of getting your definitions straight and then sticking to them. And I'm persuaded that when we do that the concept of God is perfectly coherent.