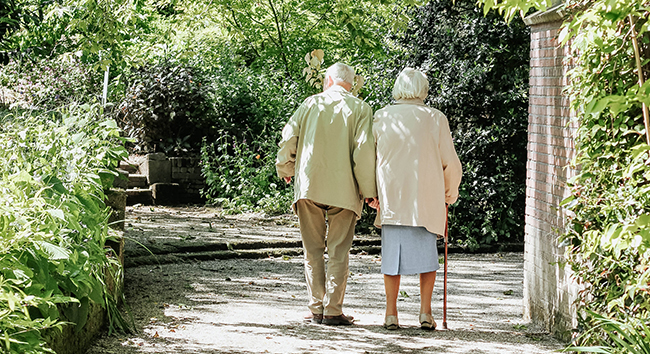 Dr. Craig is astonished by a report of a church asking elderly members to leave.

KEVIN HARRIS: Bill, this is the second podcast that I’ve asked you to kind of put on your pastoral hat and talk about the culture of the church. This has really made the rounds – this story. The headline is – what? – “Church asks elderly to stay away.” It turns out that this is true.[1]

COTTAGE GROVE, Minn. (AP) — A struggling Minnesota church is asking its older parishioners to leave in hopes of making it more attractive to young families.

DR. CRAIG: This is so stupid. It is laughable. It is hard to believe that people can be this short-sighted; this blind. But you are right. I wonder what denomination is this? This struggling church, it says. And lo and behold it is a United Methodist Church. The United Methodist denomination is in free fall and on the verge of splitting because of its liberal theology, no longer being faithful to the biblical message. If they want to increase membership they ought to try preaching the Gospel faithfully, and I think that would be the way to draw more people. But to kick out everybody over 65 and say, “Go elsewhere, you're not welcome here,” it's just astonishing. It occurred to me as I read this story if they really want to appeal to the younger crowd and get the elderly to leave what they ought to do is just start a contemporary service with a garage band on stage for the worship music. All the elderly would leave of their own free will! They would get out! [laughter] So just start a contemporary music service in the morning service and the elderly will be more than happy to exit, I think.

The present members, most of them over 60 years old, will be invited to worship elsewhere, the St. Paul Pioneer Press reported. The church is asking that they stay away for two years, then consult the pastor about reapplying.

And a lot of the locals are saying, “I pray for this church, getting through this age-discrimination thing.” I'm trying to be as charitable as I can be. They are in free fall, and here – are they trying to do something just really radical to try to turn it around?

DR. CRAIG: It seems like it. It says in the article here that the weekly attendance is only 25 people. That’s all that go to this church – 25 people. So they're going to say to all of the over-60 crowd, Go elsewhere, leave, and then we're going to start up the church again trying to reach out to the younger generation. I can guarantee you this is going to fail. This is going to fall flat on its face because trying to have something that is so consumer-driven is not the way to build a good church.

KEVIN HARRIS: Apparently they've hired this consultant, and the consultant said, Let this happen. We are not going to physically bar you, but you don't need to come during this time.

DR. CRAIG: This is just mad. Aren't there other options? Of course we want to reach out to a younger generation. You don't want a bunch of old people in church with no young families or singles. But why not do both? Why does it have to be either/or? For example, at the church I attend, we have one service which is very traditional held in the sanctuary, and you look at that crowd and it's mainly silver hair in that congregation. But then there's another service in the gym that has the garage band and the music and that's full of people who are younger and haven't learned to appreciate the great hymns of the faith. [laughter] So they attend that service, and we all get along great together. There's no reason that the older folks in this church have to be swept under the rug or expelled as though they don't exist in order to draw in more people by having programs geared to those ages. Moreover, I want to say that I think it's wonderful when you can have a mixed age group because it helps you to realize that we're all part of the family of Christ which includes children and young adults and senior adults, too. In our Defenders class that I teach every Sunday morning, we have a range of ages from high school up through senior citizens. One of the most interesting things about this class in terms of its demographics is I've never taught a class before where class members have died, and yet we have now had I think about three deaths of older members of the class and then had funerals and remembered them and memorialized them. I think this is healthy for the younger members of the class, the young singles, to stare death in the face and to realize that this life is not going to go on forever – that our existence is finite and frail and that suddenly someone who looks great can be hit with leukemia like Dr. Bob in our class and taken from you. So I really enjoy the fact that in our Defenders class we have a mixture of age groups represented and that all are interested in getting the same teaching.

KEVIN HARRIS: I know that there are different interests and things like that, but we really do seem to segregate the ages in our churches. So I'm glad to see this. You can hear it in the Q&A time in Defenders if you listen online or if you watch the video. All ages getting together. The young people need the elderly and the elderly need the young people.

KEVIN HARRIS: Being around young people energizes older people. They love it.

KEVIN HARRIS: And we need (I say “we”) their wisdom. Young people need to hear from someone who's been down the road. Why not get them together as often as possible? Yeah, there will be little things. We'll take the youth to a concert somewhere, and we'll take the older people bowling or whatever. [laughter] But why not find as many ways as possible to get them all together?

DR. CRAIG: Yeah, I agree. I mentioned the value of having older folks in the class, but you're quite right. To have those young guys in the class – that energizes me. I just love the young singles that are in the class. We've had some of them marry or become engaged and then have children. We’ve seen all the stages of life over the twenty years that I’ve been teaching Defenders class from births until deaths. That is a good cross-section of the way life is.

KEVIN HARRIS: Bottom line as we end today, I think that your prediction is for Cottage Grove – this is not going to work? No.[2]