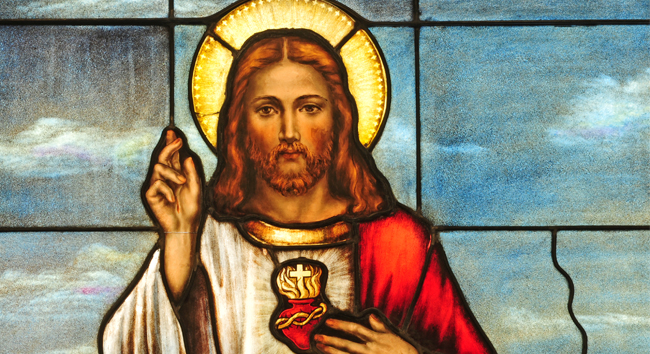 Dr. Craig looks at a list of ancient heresies on the identity of Jesus, some of which still show up today.

KEVIN HARRIS: Hey! It's Reasonable Faith with Dr. William Lane Craig. Today we’re going to look at a list of heresies about Jesus. If you really want to know who Jesus is then you have to weed out some of the false things about him. Throughout church history various heresies have shown up. Some of them still show up today. Our friend, Dr. John Ferrer, has listed some of these.[1] We are going to do this in two parts. Part one of some Christological heresies you can avoid.

Dr. John Ferrer has written a survey of Christological heresies. I think this is important, I think you would agree, that we have a correct view of who Christ is. There have been mistaken notions of who he is that we call heresies that the church has rejected throughout history. Christological heresies are what we’re going to look at here.

KEVIN HARRIS: Dr. Ferrer says that the orthodox view of Jesus is:

Orthodoxy: Jesus is revealed in the Bible; the Promised/Prophesied Messiah; Fully God; Fully Man; Born of a Virgin; Eternal and unborn; Equal Deity w/ the Father and w/ the Holy Spirit; Sinless & miracle worker; 2nd Person of the Trinity; Died by Crucifixion & buried; Bodily Resurrected on the Third day; Into the same but glorified body; Died for the sins of the world; Faith in Him as God & savior is the Only Means of Salvation; Saves by grace alone, not by meritorious works [of man]; will return to judge all people; reigns forevermore.

DR. CRAIG: I think there’s some inaccuracies in this, however. At least some things are misleading. For example, when he says that Jesus is “fully” God and “fully” man, that sounds as though it’s saying that he’s one hundred percent God and he’s one hundred percent man, which is just a self-contradiction. What the creeds actually say is that Jesus is “truly” God and “truly” man – vera deus, vera homo. That is not a contradiction. It is to say that Jesus had a complete human nature and he also had a complete divine nature. He was truly God, truly man. But it can be very misleading, I think, to use this language as saying fully God and fully man.

Also notice he says that Jesus is born of a virgin and then he says eternal and unborn. What is he talking about there? I think he means that Jesus was born of a virgin but he possessed a divine nature which was eternal. His human nature had a beginning of existence at the moment of conception in Mary’s womb, but he had a divine nature which is eternal. But what he doesn’t say here is that an element of orthodox teaching that is affirmed at the Council of Nicaea is that Christ is begotten of the Father in his divine nature, not in his human nature. He’s begotten of Mary in his human nature, but he is begotten of the Father in his divine nature. The Son proceeds from the Father. Now, this is an element of orthodoxy with which I have great difficulty. I think that it’s not well-founded biblically. When the Gospel of John speaks of Jesus as the only begotten Son of God, he’s not talking about Christ’s divine nature somehow proceeding from the Father. But I think we have to say candidly that this is part of traditional orthodox teaching about Christ that he has an eternal but begotten nature that derives from the Father.

KEVIN HARRIS: I often here the phrase that Jesus is the eternal Son of God.

KEVIN HARRIS: We are going to look at five or six heresies here. I noticed that these are ancient heresies but they show up in some of the modern cults – some elements of them.

Ebionism: Orig. ,1st-2nd cent. Jesus was only man *Heresy of the Ebionites.*From the Hebrew word for “poor” which was the name chosen by an early and self-debasing Jewish sect. *They focused on Jesus’ teaching, “blessed are the poor in spirit.” *Deny Deity of Christ. *Deny virgin birth. Deny Jesus’ preexistence (before being born on earth). *Condemned in the Council of Nicea in 325AD. Whether Jesus is God or man?

DR. CRAIG: So this would be a very primitive early Jewish heresy that saw Jesus as a purely human being.

Docetism: Orig., 3rd cent. Jesus was only God, not man *Aka: Illusionism. *From the Greek “Doketai” meaning “to seem.” *Jesus only seemed to be human but was in reality only God. *First mentioned in the early 3rd century but was found in various views including Marcionism and Gnosticism. *Some assert that another person died in Jesus’ place on the cross. *Condemned in the Council of Chalcedon 451.

DR. CRAIG: Right. So according to docetism, Jesus only appeared to be a human being. The docetics were motivated by a kind of dualism – the thought of the realm of the spirit as good and pure and the realm of the material as evil and fallen. So a genuine incarnation was, for them, impossible. God could not be tainted with evil by taking on a human form. So the humanity of Jesus, his body, was a mere appearance and not a genuine Incarnation.

KEVIN HARRIS: I haven’t heard of this one:

Adoptionism: Orig., 2nd cent. Jesus was man who became Christ or God by adoption. *AKA: Dynamic Monarchianism. *Jesus was a righteous man who became the Son of God by adoption. *The adoption was at baptism where the Spirit or “Christ” descended on Him. *Some think He became “God” at the Resurrection. *Earliest expression of this view was in the “Shepherd of Hermas.” *Also affirmed by Theodotus. *Rejected by the church in the 2nd and 8th centuries. *Compatible with Arianism. *Condemned in 325 at the Council of Nicea.

DR. CRAIG: They were saying that God somehow exalted Jesus to divine status rather in the way that the Roman emperors were supposed to be exalted to divine status. Jesus was a human being but having pleased God he became God’s Son by being exalted to God’s right hand. Jesus doesn’t really become fully God, I think, on this view but he becomes in some sense divine after being human. This view is simply incoherent because certain properties that belong to deity are properties like eternality, necessity, aseity, and so forth. And you cannot begin to possess properties like that. You have them either forever or not at all. This adoptionist view is, I think, really a quite incoherent kind of view.

Arianism: Orig., 4th cent. Jesus was a demigod—less than God, more than man. *Jesus was less than God but more than man. A demigod. *Jesus was created, finite, and could sin. *Similar to ebionism and compatible with adoptionism. *Advanced by 4th Century Bishop Arius. *It took 18 church councils to resolve the issue, most of them being the Nicene Council. *Condemned in 325 at the Council of Nicea.

DR. CRAIG: I don’t think it is similar to ebionism, which was a Jewish sect that simply thought that Jesus was a man.[[3] Arians are like modern-day Jehovah’s Witnesses. They believed that Jesus was produced from God the Father who is fully God, and Jesus is like God – he is similar to God but higher than any other created thing. He is the sort of intermediary between God and all the rest of creation. This would be compatible with adoptionism in the sense that adoptionists thought of the man Jesus as exalted to the sort of divine status, whereas Arians would have thought that at some point in the past the Father produced or created the Son as the first of his works.

Apollinarianism: Orig., 4th cent. Jesus had no human mind. *Jesus lacked a human mind/soul, having instead a divine mind. *Jesus had all the other parts of a human however: spirit, body, and animal soul (the animating force but not the intellect or spirit). *Espoused by Apollinarius in the 4th century. *Condemned in the 4th century, in 381 at the First Council of Constantinople. How is Jesus God and man?.

DR. CRAIG: Apollinaris had a tripartite view of human being. He thought of human beings as composed of a body, a soul (which was the sort of animating principle), and then a rational mind. He wanted to affirm a full incarnation of God in humanity. And so he said in Jesus the mind of Jesus was replaced by the second person of the Trinity. The second person of the Trinity was the mind of Jesus. So Jesus had a divine mind with an animal soul and a human body. This was condemned because it was felt that it denied the full humanity or the true humanity of Christ. Christ had only a truncated human nature. He didn’t truly have our human nature and therefore could not redeem human nature if he failed to possess a true human nature. This was condemned as a heresy. The problem is that if Apollinaris is wrong then it’s very, very difficult to understand how orthodoxy is going to avoid the heresy we’ll talk about it a few minutes which is nestorianism – that there are two persons in Christ (one a human person and one the divine person).

One other deficiency in Ferrer’s statement of orthodoxy that I had failed to notice when we went through it the first time is that he does not mention anywhere that Christ had both a human soul and a human body. That’s part of orthodox teaching about Christ. He had a complete human nature – body and soul. Apollinaris denied that saying that he had a body and he had an animating soul but he did not have a rational soul or mind that was human.

KEVIN HARRIS: Am I noticing a theme among some of these heresies that if they were true it would amount to God being rather deceptive – Jesus being an illusion of this or that or the other, or a masquerade. A human nature indicates that the incarnation wasn’t some kind of a masquerade.

DR. CRAIG: Right. I would say that that would be true with respect to docetism, but I don’t think these other ones involve any sort of divine deceit. Only docetism involves that illusionism. The others are simply denials of the true humanity and true deity of Christ.

KEVIN HARRIS: OK, let’s pick it up there next time and continue this list. Thanks for joining us at Reasonable Faith with Dr. William Lane Craig.[4]