Media > Reasonable Faith Podcast > Does the Universe Have an Explanation

Does the Universe Have an Explanation 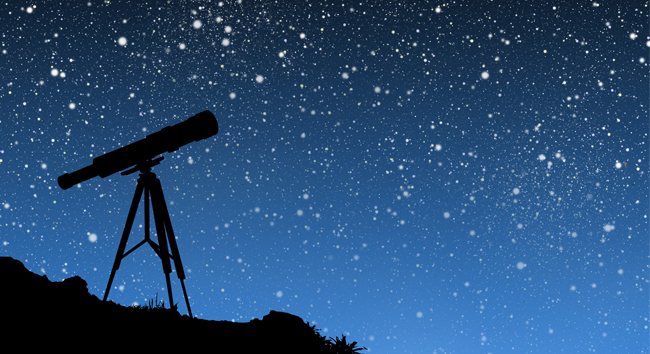 Dr. Craig receives a question on what it means for the universe to have an 'explanation'

Transcript Does the Universe Have an Explanation

Kevin Harris: “Dear Dr. Craig, I watched your recent debate in Sydney, Australia with Dr. Krauss. In presenting Leibniz’s argument from contingency I believe you made a huge error regarding the defense of premise number (2). Specifically you stated that:

A. If atheism is true the universe has no explanation of its existence

Which, of course, is equal to saying that:

B. If the universe has an explanation then atheism is not true.

While I agree that if A and B are true then that would support premise (2); however, my issue is with A. I think it’s fallacious to conclude that if atheism is true then the universe has no explanation of its existence. In actuality, if atheism is true then there is likely a natural, physical explanation for the existence of our universe. I think this is the position most atheists would take. Of course, this is in direct contradiction with what you provide in A. Because of this deficiency in the support of premise (2), I would conclude that Leibniz’s argument from contingency is unsound. So my question is: what sources or evidences can you provide in support of A, that if atheism is true the universe has no explanation of its existence?”

Dr. Craig: In answering this question, let’s first explain what it means to say that an argument in unsound, as Bob alleges. That would be to say that the argument is either logically fallacious or that it has a false premise. But if my argument in support of premise (2) fails that doesn’t mean that that premise is false. It would just mean that I have failed to give adequate support to it. So Bob is wrong in concluding that the Leibnizian argument is unsound just because he doesn’t find my supporting argument for premise (2) to be a good one.

Now, in fact, I offered two arguments in support of premise (2), and Bob only deals with the first one. What I point out is that the second premise of Leibniz’s argument as I state it is virtually synonymous to what most atheists themselves believe. The second premise of the argument says that if the universe has an explanation of its existence then that explanation is God. I know the atheist literature, and, in fact, the typical response to Leibniz’s argument is to say that the universe is a brute fact, that it just exists inexplicably, that there is no explanation of the existence of the universe. Now Bob needs to understand that when we say the universe here, we’re talking about everything that is contingent, everything that exists; so we’re not just talking about our observable universe. This would include the multiverse, if there is such a thing; we would still want to know why it is the multiverse exists rather than nothing. So we’re talking here about all of physical, contingent reality, and we’re saying that if that reality has an explanation of its existence that explanation is God. And this is virtually synonymous to what the atheist claims. The atheist typically says that if atheism is true then the universe has no explanation; it just is the ultimate brute fact.

Kevin Harris: Okay, that wouldn’t be an explanation.

Dr. Craig: No, no; it’s to deny that there’s an explanation.

Kevin Harris: If it’s just a brute fact, if it just is, eternal, whatever, then it’s inexplicable.

Dr. Craig: Right, right. So they would say the universe is just a brute contingent that exists inexplicably. And they would simply say that on atheism the universe is a brute contingent – it just exists inexplicably. And that’s logically equivalent to saying that if the universe does have an explanation of its existence then atheism is not true, and that’s virtually equivalent to premise (2). So I stand by what I said.[1] Most atheists affirm the truth of premise (2); or more accurately, they affirm the truth of a proposition which is virtually synonymous with premise (2).

Now, in addition to that, though, I think Bob would be glad to know, if he listens to that debate again, that he will find I offered a second argument in support of premise (2). It’s not enough simply to say, “Well, this is what most atheists think.” But premise (2) is very plausible in its own right. Namely, what would such a cause or explanation of the universe be? We would be talking about something that exists beyond space, beyond time, which is therefore immaterial and which is metaphysically necessary in its existence. Now what in the world could such a thing be? Well, there are two possible candidates that would fit that description. One would be an abstract object, like a number or another mathematical object. Numbers are typically thought by people who believe they exist to be beyond space and time, to be immaterial, and to be metaphysically necessary in their existence. The other alternative would be to say that there is an unembodied consciousness or mind which created the universe. Minds are also immaterial, non-physical entities, and if the mind exists changelessly beyond the universe it would exist beyond space and time. So these are the two possible candidates for this explanatory ultimate behind contingent reality. Is there any way to decide between the two? Well, yes, I think we have a decisive argument against abstract objects being the cause of the universe; namely, abstract objects don’t stand in causal relations. This is part of the definition of what it is to be abstract. Abstract entities are causally impotent; they have no causal powers. The number 7, for example, has no effect upon anything. So it is impossible for a number or an abstract object to be the cause of the universe, from which it therefore follows that the cause of the universe is plausibly an unembodied mind or consciousness, which is what the theist means by God. So premise (2) is both affirmed by most atheists who respond to Leibniz’s argument, and it is also plausible in its own right because an unembodied mind or consciousness is the best candidate for the metaphysically necessary, immaterial, non-spatiotemporal, explanation of the existence of the universe.

Kevin Harris: Bill, one would expect a rush of letters and phone calls and tweets and everything to you saying, “Uh, Bill, you only said there’s two candidates; no, you left out this one,” and then give a third or a fourth. I’ve yet to see that. I’ve looked around. I really don’t see anybody offering a third one, a third candidate there. What sometimes somebody will offer fits into the category of abstract objects, under the heading of abstract objects.

Dr. Craig: Yes, a different kind of abstraction, or maybe of different kind of mind. But still, they’re talking about an unembodied consciousness. Now, often people will say, “Well, couldn’t there be some other unknown third alternative?” Well, sure.

Kevin Harris: That’s what Krauss said. “How do you know? Maybe there is a third?”

I did notice that one blogger offered Platonic forms as a possibility, because for Plato the forms – and these were the sort of ideas that exist – do have causal connections with the world. Indeed the world is the way it is because of the forms. The problem is, as this blogger himself acknowledged, Plato’s view is widely regarded today as just utterly implausible. And that’s not because they think the universe is a closed system, but rather because it’s unintelligible to understand how a pure form could have causal powers.[2] It doesn't make any sense to talk about an abstraction like justice or 2 or the empty set having a causal impact upon the world. So I think Plato’s view is simply an incoherent description of something that doesn’t exist, namely, an abstract object that does have causal powers, and you need to explain to us how such a notion is coherent before that’s a viable third option. So, of the options that have been offered, I think the most plausible candidate is an unembodied consciousness or personal creator who has made the world. And that, of course, is exactly in line with what classical theism thinks. So I find Leibniz’s argument to be very persuasive.[3]