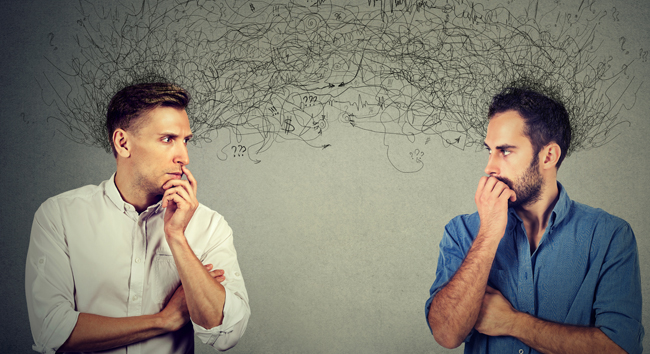 Sometimes the debate is over before it begins! Dr. Craig examines common mistakes we make when debating

KEVIN HARRIS: Hey! Glad you made it to Reasonable Faith with Dr. William Lane Craig. It’s Kevin Harris. We’ve got a two-part podcast we are beginning today. Do you ever get into online debates on atheism versus theism or the Christian faith? I think it is pretty safe to assume that most regular listeners to this podcast get into debates online quite often. And I am not saying it is something you should definitely do because it can be very frustrating, people can be very abusive, and it can take up a lot of your time. However, most Christians would probably agree that the opportunities for ministry online are beyond enormous. So what are some common foundations and assumptions that tend to come up constantly in theological or philosophical debates both online and face-to-face? A listener sent me an article[1] by Mike Manea who is a Christian and has been debating online for years. He has identified common features and common pitfalls present in these dialogues. I personally find that he is real accurate on this. Recently Dr. Craig and I got together so I could get his take on this article in which Mike identifies what he thinks are some flawed foundational reasoning that skews the atheist’s entire philosophical platform.

KEVIN HARRIS: One of their foundational reasons goes as follows,

1) Since the theist is the one making a claim (that god exists) the burden of proof is entirely on him to support that claim. If the theist cannot meet this burden then he is wrong and atheism is the only rational position.

We’ve talked about that but I bet I run into that forty times a day; not to exaggerate but that is always . . . You have the burden of proof if you are a theist.

KEVIN HARRIS: In that sense we would share the burden of proof.

KEVIN HARRIS: Number two, one of our favorite phrases,

You have been running into that for a long time.

DR. CRAIG: Yes, and it sounds so common-sensical, doesn’t it? But in fact it is demonstrably false. If you look at the probability calculus in the way the probability of certain hypotheses are calculated, it is simply not true that an extraordinary claim requires extraordinary evidence in order for it to be the most probable hypothesis. This claim is just demonstrably false.

3) The only trustworthy and therefore the only acceptable form of evidence is scientific evidence.

DR. CRAIG: That statement is self-defeating because that is a statement which itself cannot be scientifically proven and therefore no one should believe it if you are a scientistic epistemologist – somebody who believes that science is our only source of knowledge. This kind of naive scientism or verificationism is really self-defeating.

(The atheist already knows that no theist is ever going to meet this burden and is therefore fully convinced that his atheism is justified making further discussion futile.)

DR. CRAIG: Maybe what one should do is challenge these three assumptions so as to make further discussion profitable.[2] If you can show the atheist that he hasn’t been able to give good reasons to accept these assumptions then perhaps one could make some progress.

KEVIN HARRIS: Here are some preliminary suggestions that he has when interacting with an atheist.

1) Break the debate into two parts: (a) Does ‘a’ god exist and, (b) Can this god be the God of Christianity.

DR. CRAIG: Right. That is the division traditionally between natural theology which argues for a kind of generic theism and Christian evidences which would be evidence for a Christian monotheism. This is the approach that I’ve taken in my apologetics which is the classical model for apologetics.

2) Agree on what constitutes acceptable evidence and start with a blank slate.

I’ve found myself doing this from time to time. I’ll be debating someone and they would say, Oh yeah? Give me some evidence for God! They will type that back at me in the chat room or wherever, and I’ll usually ask, What do you consider as good evidence before I spend my time sending you some?

DR. CRAIG: That’s fair. I think the idea of starting with a blank slate is quite wrong. None of us starts with a blank slate. We are going to begin with things like the laws of logic, for example, and the reliability of our senses in conveying to us facts about the external world and so forth. So don’t think that you start with a kind of Cartesian doubt or blank slate. But it is good to find common ground with your conversation partner so that you are arguing on the basis of facts that you both accept.

KEVIN HARRIS: So common ground is what we are looking for?

DR. CRAIG: Yes. As we say in a debate situation, the person who is defending the proposition has the burden of proof to provide arguments and evidence in support of that proposition.

KEVIN HARRIS: That holds for a debate but even in just kind of a friendly discussion. If you are trying to get at some truth you have to sometimes point that out.

DR. CRAIG: This is a manual for debating, and so that is why I said in the debate context. If I am in a personal conversation with you, in one sense I don’t have any burden to prove anything to you! Who gives me that burden? I can just share with you what I believe as a Christian and you might not have any good reason to believe in it, but it is not as though there is any kind of a burden that is upon me.

I run into this a lot. And that is that naturalism or atheism is the default. So you’ve got to do the work to get me away from the default.

DR. CRAIG: Right. This is really making the same point that we’ve already talked about. The person who defends a proposition like “God does not exist” has a burden of proof to support that. I don’t think that means there is no default position. The default position would be someone who doesn’t assert anything - the agnostic - who says, I don’t know whether God exists. I don't know whether God does not exist. He doesn’t make any assertion, and therefore he doesn't have any burden to bear because he makes no assertion. But that wouldn’t be a very interesting debate, probably, unless the debate were formulated entirely so as to put the burden of proof on the theist.

KEVIN HARRIS: OK. Let’s pick it up right there next time for part two. We are going to get into some more flawed thinking that often comes up, in particular when it comes to science and naturalism and the supernatural. We’ll see you then on Reasonable Faith with Dr. William Lane Craig.[3]