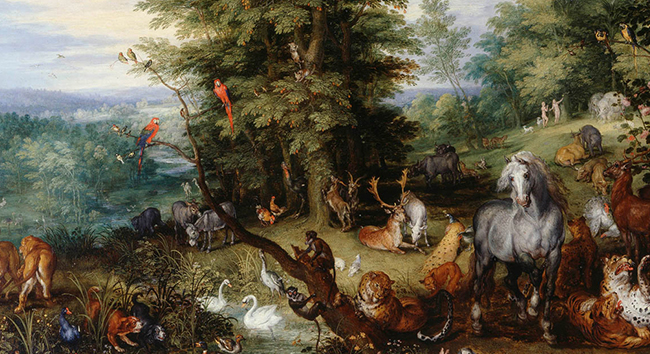 Dr. Craig addresses critiques of his objections to John Walton's views on the early chapters of Genesis

KEVIN HARRIS: Welcome back to Reasonable Faith with Dr. William Lane Craig. This is part two in a series where we are looking at Evan Minton’s concerns[1] with Dr. Craig’s views of Dr. John Walton. Bill, you’ve been addressing this at length in your Defenders class, so we encourage listeners to go to ReasonableFaith.org and check out your series on “The Creation of Life and Biological Diversity.”[2] Let me quickly say how much we appreciate Evan Minton. Thank God for young men like him who defend the faith with accuracy and charity, online, in debates, in writings, and in videos. Check out his work at https://cerebralfaith.net. Evan definitely uses the brains that God gave him.

Here’s your next objection, Bill, that Evan lists: “How Could Things Exist For Eons Without Functioning?”

DR. CRAIG: Walton's view, you’ll remember, is that Genesis 1 does not describe God’s bringing into existence these various objects and organisms over the course of the six-day creation week. Rather, he thinks it is merely the specification of certain functions for the objects and organisms that have been there for an indeterminate amount of time that already exist. What I argue is that this view of Genesis 1 is enormously implausible because it would require us to take as literally false all of the statements about the primordial darkness, the primeval ocean, the emergence of dry land from the ocean, the Earth's bringing forth vegetation and fruit trees, the waters bringing forth sea creatures, the Earth's bringing forth animals, God's making man. Evan says,

Craig is here begging the question in favor of material creation. If the text meant to say that days 2, 3, and 5 are about the material creation of these entities, then, of course, the [functional interpretation] would contradict the text, but that is the very issue being debated.

I don't think I'm begging the question here. What I said is true – it would require us to regard all of those statements as literally false. Right? And on the functional view it is literally false that the Earth brought forth this vegetation, that the waters drained away, and the dry land emerged, that God put the sun and the moon and the stars and so forth in the sky. These are all literally false statements. They have to be reinterpreted in a sort of functional way, and it seems to me that that is enormously implausible. So I'm not begging the question. I'm simply saying that this is not the way the text reads on the surface. It's incredible to read it this way. So the proponent of the functional interpretation would have to have some enormous proof that we're to think that only functional interpretation is involved here, not material creation with functional creation. Why can't it be both-and? Why is it just functional? I don't think there is any such overwhelming proof.

KEVIN HARRIS: You say that this collapses into six-day Young Earth Creation.

DR. CRAIG: My criticism is that Walton cannot say that these physical things can't exist apart from an orderly system because the minute you say that then the functional creation view collapses into the traditional six-day creation, namely actually bringing these things into being over the six days because they can't exist without their functions. If that's true then in specifying their functions God brings them into existence. Evan here, I think, doesn't understand the point. He says,

Of course, that's right. But what I said was Walton cannot respond to my critique by saying these things can't exist without a function because if he does say that (which is what Evan seems to want to say) then in specifying the function you would bring them into existence. So you've got to say that they can exist even though they don't have any function. But then I think you're landed in this very implausible interpretation of Genesis 1. So Evan says,

I don’t see what the issue is supposed to be. If this is purely [functional creation], why think that if someone jumped in a [time machine] and traveled to the creation week, that he’d see anything spectacular happening on the planet?

That's exactly my point. On Walton’s view, if you travel back in time in your time machine and came out during the creation week (however long ago that was) you wouldn't see anything coming into existence. The dinosaurs, man, the sun and the stars, they'd all be there just fine, be an ecosystem that was working, and nothing spectacular would be happening. The difference between Evan and me is he's willing to bite the bullet and say, Yeah, that's plausible. That is what Genesis 1 means. It seems to me that that is just an enormously implausible reading of Genesis 1 which describes how God is creating these things over these six days.

He does make one good point, I think. He says,

By “function”, we do not mean scientific function, but an anthropologically oriented function. That is to say, function in related to how the created things serve humanity.”

So he's saying, yes, of course there was a functioning ecosystem in a biological sense. The animals ate the vegetation, flourished, grew, and died. The sun shone during the day and was dark at night. Yes, in a scientific sense these things were not without functions. But he's saying they didn't have a kind of anthropocentric function apart from God's declarations. I guess my skepticism there is: What does this supposed anthropocentric function add to their scientific functions? The vegetation served the terrestrial animals as food. The sun served to divide day from night, just as Genesis says, to mark times and years and seasons and so forth. It's not clear to me that these things weren't already functioning in these ways. Once you've got their scientific functions, any additional anthropocentric functions are add-ons that are not all that of great significance.

KEVIN HARRIS: The next objection is: “But materials are mentioned.”

DR. CRAIG: What I point out here is that, for example, in Genesis 2 with the creation of Adam, Adam is created out of the dust of the Earth. It's very clear that God is creating a concrete material object – Adam – at that point. I don't understand how anyone could read it any other way. Now, that's not to say that it has to be literally interpreted, but what it is describing is a creation of the first human being. This is exactly the way it is in the Ancient Near Eastern myths as well. The gods will mingle together clay and the blood of a slain god and will make human beings out of those, and the human beings then begin to exist. It's noteworthy in these ancient myths prior to the creation of the human beings the gods themselves were tasked with the back-breaking labor of digging the irrigation ditches and tending the crops and so forth. It was because of their complaints that the superior gods then created man for slave labor for the gods. That's the basic purpose of humanity in these pagan Mesopotamian myths. Clearly that is talking about material creation because before the human beings existed the gods had to do the labor, and then after they were created their labor was given over to these human slaves. I honestly am baffled at how anyone could find this purely functional view plausible.

DR. CRAIG: This is another remarkable thing about this list of the uses of bara in the Old Testament that Walton gives. I've already said that most of the items in the list refer to material objects like stars and mountains and the sun and things of that sort. By far and away, most of them are material things. But in addition to that, in no case is the specification of a function in view. Even when God creates an immaterial object (like North and South) it's not the specification of a function. So the view that bara in Genesis 1 should be understood purely functionally, I think, enjoys no support from the way bara is used in the rest of the Old Testament.

Walton is saying that the idea that bara and asa [“to make”] in Genesis 1 might not be referring to material creation never even occurs to [most Old Testament scholars] because they are so entrenched in a culture that has a material ontology and, therefore, views creating as bringing something from material non-existence into material existence.

I think this is just enormously condescending. People like John Collins and Richard Averbeck are thoroughly familiar with these Ancient Near Eastern myths and with John Walton’s work, and most scholars – well, you heard what John Collins said – everyone else that he knows of thinks that Genesis 1 is about material creation as well as functional creation. So I would just urge Evan – you’ve got to be careful, my brother. You are hooking your star to a very idiosyncratic and widely rejected interpretation of these Genesis narratives, and it is one that is not only unjustified but I think enormously implausible.[3]