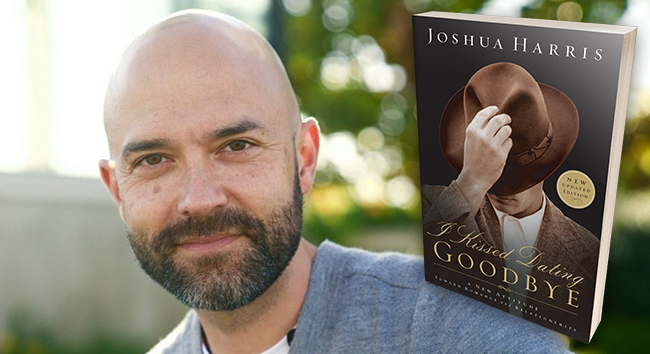 KEVIN HARRIS: Dr. Craig, on the last podcast we talked about a popular musician who is struggling with his faith and had some questions that we addressed. This came at about the same time that another popular Christian said that his faith was on shaky ground. Josh Harris – Joshua Harris – had a million-seller book back in the early 2000s that he wrote when he was about 20 or 21 years old called I Kissed Dating Goodbye. For some reason, this was very influential in the American church in particular and really tied in kind of with the home schooling movement and really made a lot of people say dating is bad, don’t date, do something called courtship where you don’t even kiss or hold hands or anything like that. He later said that there was a lot in the book and a lot in this whole purity culture that started that he saw as harmful, and he renounced it. Now he's gone several steps further – he's separating from his wife and he's renouncing his faith. At this recording we don't know where he is on these questions. But it sounds to me like maybe we need some some sexual sanity here. Obviously, Christian teaching on sex is going to be at odds with what the culture thinks.

DR. CRAIG: I think that's right. What I seem to understand here is that this is a falling away from the faith for moral reasons. It's not intellectual reasons pertinent to the existence of God or the reliability of the Gospels or evidence for the resurrection of Jesus. The grounds here seem to be moral grounds for rejecting Christianity, and that indeed would be very serious. I commend Josh Harris for his honesty, at least. He recognizes that he is not a Christian by any understanding of that word that would be biblical. That seems to be correct. He has rejected Christianity on the basis of apparently a revision of his own view of sexual ethics.

KEVIN HARRIS: We would expect people who are perhaps non-Christians or secularists or who rejected Christian faith that would make fun of this (which it's been lampooned to death) and not understand or reject as puritanical – the purity movement. But Christians thought that it was too far. They thought that there was something destructive and harmful about some of the teachings in this whole purity culture thing. I don't know what all that is. It's just that a lot of people have been harmed and have called it the sex prosperity gospel, and that is: if you'll wait, if you'll wait for the right person, if you’ll wait until marriage to have sex, God will bless you with this spectacular sex life and spectacular spouse. And when that doesn't happen for whatever reason (health reasons, other reasons) well, then people are harmed by this, or they feel like they're damaged goods because maybe they didn't wait and they did get caught up in sin as a Christian and then they think, well, it's done. I've forfeited my chance at a good marriage.

DR. CRAIG: I think that you're making a good point, and this emerges in this interview with Ruth Graham (no relation to Billy Graham's wife) concerning Josh Harris and this movement.[1] This paragraph struck me. She said,

But the argument was really about marriage. The idea was that modern dating is spiritually corrosive in a way because you're sort of practicing breaking up. You're rehearsing for divorce. The bigger implication was kind of that there was a formula to a good marriage and if you followed this set of rules and restrained yourself enough and behaved in exactly the right way, you would have a foundation for a lasting marriage and a happy marriage.

In other words, what underlay this were purely utilitarian motives, it seems to me. What you just said – if you want to have a great marriage and good sex life then follow these rules and this will be the result. It's not because God has established certain standards for your life, and out of your love for him and your desire to be a faithful disciple of Christ you will keep yourself pure. Rather, the motives are utilitarian and consequentialist. It's about marriage and how do you guarantee having a good marriage. Therefore it does seem to me that the whole premise of it (if this is accurate) is wrong. I think that the premise should be: what does a true disciple of Jesus look like? Someone who's submitted to the lordship of Christ and becoming more and more Christ-like in his character. I think the Bible is very clear that a person like that will not be engaged in pornography, in sexual activity outside of marriage, even in viewing R-rated films with sexually explicit scenes in them. Rather, he will, as Paul says, put to death those things that are evil in you and seek to live a life that is pure because this is honoring to God regardless of whether you ever get married or not. Even if you're called to a life of celibacy, you are a disciple of Jesus and therefore should behave in the way Jesus behaved.

KEVIN HARRIS: That, by the way, is another critique, and something I think that Josh Harris himself recanted and that is that it downplayed singleness. Not everybody is supposed to get married. It just put to the side people who are single. The Bible says plenty about being single.

KEVIN HARRIS: Well, these people were marginalized – you're missing out on life, this spectacular sex life and marriage. Here’s what made it (really according to the NPR article as well – Ruth Graham writes on the evangelical culture), it was hard to argue with because we agree on the basic biblical premises that true love awaits, and be pure, and all the things that you just said. But the way that it was presented and marketed sexualized everything and sexualized all these teens. A very popular band, The Jonas Brothers, were a part of that. They wore purity rings and the whole thing. They said it was embarrassing because they weren't thinking about sex at 12 or 13. Not really. It made them be sexual beings before they even understood what it was all about, and they had to walk around with this sexual aura – this sexual label – on them. It's all about sex. Sex sells. This is big. This was a big seller.  But it's turned out to be out of balance somewhere.

DR. CRAIG: That’s the word. It's out of balance, isn't it? To extend the biblical injunctions to live a pure and chaste life before God to saying you should never date and you should adopt these legalistic maxims in order to have a good marriage is unbalanced and, I think, underestimates how difficult it is to build a marriage. You don't guarantee a good marriage simply by keeping yourself pure leading up to the marriage. A marriage is hard work. It takes openness and vulnerability and confrontation with the other person to talk through difficulties with each other. It involves time commitments to one another. You're no longer living just for self; you're living for that other person now. And when you have children just enormous sacrifices are required on both the part of the husband and the wife in order to raise these little children. The demands are just enormous. So there are certainly no guarantees of a good healthy marriage unless you continually work on it as you're married. It's not enough just to not date prior to hooking up, so to speak.

DR. CRAIG: It is easier to see in hindsight, isn't it? It sounds like a wonderful thing to try to encourage high schoolers, especially, to abstain from sexual activity outside of marriage. My fear is that now the reaction will swing in the other way and people will say that was just puritanical legalism and it's alright if you're committed to each other. If you really love each other, go ahead. And as a result we'll adopt the sort of sexual ethics that are prominent in Western culture which is deeply unbiblical. So it seems to me that what we ought to be focused on again is leading lives that are honorable to God as disciples of Jesus and being the kind of people that he calls upon us to be.

KEVIN HARRIS: I’ll ask you this. Why does God care about our sex lives? I hear secularists who say this – my secular friends. Why would God care? He made you with all that plumbing and he gave you the drive and everything. Why is it such a big deal to Christians?