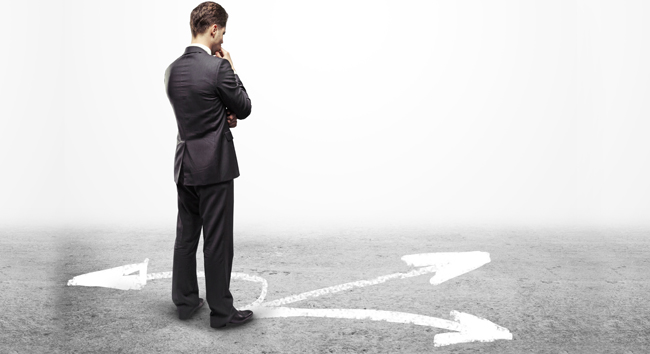 Does Dr. Craig's views on Molinism imply that God is somehow dependent on our free choices?

Kevin Harris: Molinism. If you are not up on it, what it entails, what it means, it is fascinating! Be sure that you consult some of Dr. Craig's work on it. We have podcasts on it, he's got articles on it at ReasonableFaith.org, and it is one of the major contributions that Dr. Craig is making to philosophy and theology. We've got lots of questions about it. Let's look at one today. This is Reasonable Faith with Dr. William Lane Craig. I'm Kevin Harris. I was in the studio not long ago with Dr. Craig and we looked at this question.

This from J. W. Wartick – we'll get you to comment on this. He says,

Travis Campbell has discussed some objections to Molinism which he felt made the position intractable. One of the first objections he presented was an objection from aseity – that is God's self-existence. According to the doctrine of divine aseity God does not rely upon anything else for God's existence. Now Molinism classically holds that God surveys the realm of possible worlds prior to the creative act and so sees all possibilities related to free creaturely choices. Then God creates the world God desires.

How about that definition so far?

Dr. Craig: I think that is fine. I would define divine aseity as being God's self-existence, that is to say, God is the only uncreated being. But I would accept what he says. God does not rely upon anything else for his existence.

Campbell argued that this undermines God's aseity because it makes God dependent upon creatures for omniscience – one of God's essential attributes. The argument, if sound, has great force. After all, if Molinism means one must deny an essential attribute of God, there is a pretty serious difficulty with the doctrine. But does it? Campbell cited Dr. William Lane Craig, a leading proponent of Molinism, as admitting that Molinism entails that God's knowledge at least is in some sense dependent upon creaturely choices. From what I have read of WLC, I've found it seems he frequently makes it appear as though Molinism presents God as able to choose among any parts of possible worlds to construct whatever possible world God wants. Not correct, but possibly also not Craig's actual view. Perhaps Craig is only making it seem thus when he discusses Molinism in summary. What I am getting at is that I am not convinced Craig is as consistent a Molinist as, well, Molina or in modern times Thomas P. Flint.

Dr. Craig: [laughter] Yes, well, I think you could ask Tom Flint whether or not I have consistently expounded Molinism. I think that any difficulty here is due to misunderstanding on Campbell or Wartick's part.

Now for the claim itself, I do not think it follows that God is actually dependent upon creaturely choices. If it follows from Molinism that God is dependent in that way then it must also be true of any view which holds to foreknowledge whatsoever. In fact, this is where I have pretty serious bones to pick with any view which denies comprehensive foreknowledge. Unless I am much mistaken (which is quite possible) the realm of possible worlds is a set of necessary truths. That is, each possible world is a complete set of all true propositions for the entire history of that world. But if that is the case then Molinism is no different on God's creative activity than any other view of creation, for God is simply selecting one from a set of possible worlds.

Dr. Craig: I take it that what he is trying to say here is that just as counterfactuals of creaturely freedom are independent of God's will, so necessary truths (for example, truths of logic, or perhaps mathematics) are independent of God's will. It is not as though God made it up that 2+2=4. This is something that is necessary and doesn't depend upon God's will. On the Molinist scheme, that is quite right to say that. These are not truths which are dependent upon God's volition. Now, some theists will find that unacceptable. That doesn't make God's existence dependent upon anything because at this point nothing exists other than God. It is not as though there are possible worlds or creatures that exist. We are talking purely in terms of a kind of explanatory power for what God knows. It is true on Molinism that God does not determine by his will which necessary truths are true or which counterfactuals of creaturely freedom are true.

The fact that the Molinist emphasizes that these possible worlds include free choices is essentially a moot point so far as aseity is concerned.

Dr. Craig: Let me emphasize again – so far as aseity is concerned, as long as you are an anti-realist about these possible worlds and propositions and things like that, there can be no challenge to divine aseity because these things just don't exist. What is real is God and everything other than God is created by him. I think there is a confusion here between perhaps the debate over divine aseity and the debate over divine sovereignty. On Molinism, there is no threat to aseity so long as one is an anti-realist, but some people would perceive a threat to sovereignty in the sense that it is not up to God which counterfactuals of creaturely freedom are true.[2] That is independent of his will. So they would see that as compromising God's sovereignty. He doesn't unilaterally determine the truth value of all of these contingent truths. So some people would not like that. But that is not a challenge to aseity; that would be a challenge to sovereignty if anything.

Dr. Craig: I think the Molinist would just simply say that God is sovereign in the sense that he is free to actualize whatever world he chooses to that it is logically possible for him to actual. But it is logically impossible to actualize an infeasible world. That is like asking him to actualize a married bachelor. So it is no infringement upon omnipotence. So the Molinist would claim that he doesn't posit any non-logical limitation on God's power. Thomas Flint (mentioned before) in fact co-authored an article with Alfred Freddoso called “Maximal Power” in which they defended God's having maximal power or omnipotence from a Molinist perspective.[3] The inability to actualize an infeasible world doesn't put any non-logical limit upon God's power.

The bottom line is Campbell has failed to make a compelling argument against Molinism from aseity. In order for his argument to be successful, he would have to show that Molinism's view of possible worlds is somehow radically different from any other position, and then also demonstrate that Molinism's view also necessarily makes God dependent upon creaturely freedom.

Dr. Craig: All right. Now here again I think there is the confusion between aseity and sovereignty. If we are talking about aseity, what the detractor of Molinism would have to show is that God is dependent for his existence upon some other entity. Or he would have to show that there is some other entity that actually exists that is uncreated by God. Clearly, the Molinist isn't committed to the existence of such things. But I suspect what Campbell is really worried about is not aseity but sovereignty – that it makes God dependent upon creaturely freedom. In one sense, creaturely freedom does limit God's ability to actualize worlds. There will be possible worlds that are infeasible for God to create given the counterfactuals of creaturely freedom that are true.

Dr. Craig: Here, again, it seems to me he is raising extraneous issues. He seems to want to say that somehow God generates the set of possible worlds. It is dependent upon God. I take it that he means not ontologically but that somehow necessary truths are determined by God's will – that God decides that 2+2 should equal 4 rather than 2+2 should equal 5. There have been some theists that hold to that – DeCartes comes to mind. But the vast majority of theists haven't adopted such a position that necessary truths are dependent upon God's will. They would root them, rather, in God's nature, but not in his will. So while I agree with him that it is possible that there could be some Molinist who would hold to this kind of Cartesian view or universal possibilism or something of that sort – that anything could be necessary or possible – that is really an outlier position that very few theists, I think, would want to embrace.[4] I think the more important point is that on Molinism there is no non-logical limit placed upon God's powers (which is the usual definition of omnipotence) and that there is no entity that exists independently of God and is self-existent as God is. Therefore, Molinism is consistent with God's aseity and sovereignty.

Kevin Harris: We have a blog referring to your radio interview on the UK's Unbelievable where you discuss Molinism, Dr. Craig. From James Anderson of his blog Analogical Thoughts.[[5] In responding to that, Anderson says,

Dr. Craig: Well, I think he has made a misstep in his argument here. It certainly is true that in any particular freedom-permitting circumstances an agent is free to do other than as God knows he will do. But in that other world in which the agent does something different, God's plans wouldn't be the same! What this fellow doesn't seem to remember is that in that world God would have different plans. God would know in that world that S would do something different in C and so in that world he would have plans for that to happen. So what he has tried to do is keep God's plans firm and fixed from world to world but then vary the value of the counterfactuals, and you can't do that. If you switch to a world in which S does not do A in C then you can't say, “Well, in that world God's plans are that S would do A in C.” No, no! In that world, God would have different plans. So when you switch the truth value of the counterfactuals you've got to switch the providential plans as well because the providential plans are based upon the counterfactuals that are true in those worlds! So given that God's plans are based upon what he knows the free agents would do, the plans will change from world to world along with the decisions of the agents. So there is just not any problem. God 's plans never fail and he is not fallible.

Kevin Harris: So the contradictory notion that comes up in this is that God knows that this person will do this but then that person is free and that person didn't do what God knew he would do.

Dr. Craig: And that is a contradiction as you say. That would be to deny divine omniscience. If the person were to fail to do it, then God would have known that and so would have planned accordingly.

Kevin Harris: OK. I've got to take some aspirin![6]