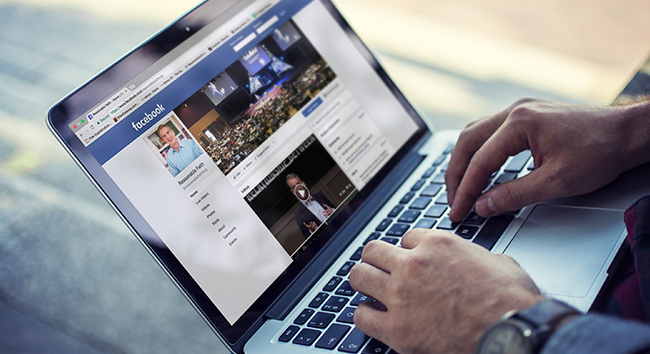 A group on Facebook asks Dr. Craig about free will, the Atonement, the Trinity, and more!

KEVIN HARRIS: Hey there! Thanks for stopping by. This is Reasonable Faith with Dr. William Lane Craig. I’m Kevin Harris. One of our favorite things to do is to discuss questions and comments that we get from you, our listeners, from all over the world. Be sure and send us your feedback as well. If these podcasts or the work of Dr. Craig has been meaningful to you, be sure and let him know! We appreciate your encouragement. It means a lot to us!

We will take your suggestions and corrections as well. Just click the “Ask a Question” link when you go to ReasonableFaith.org. There are a few guidelines that we ask you to look over before you send your question. And if you’d like to donate to the work of Reasonable Faith, there is a link for that as well right there.

In the next couple of podcasts Dr. Craig is going to check out a couple of questions from a Facebook group called The Christian Apologetics Alliance which seems to be a growing group and they always have some good questions.

I also want to mention that there are several questions about you on a website that many might be familiar with called Quora.  It is just a site where you can post a question and then whoever wants to can answer that – hopefully you will get somebody with some expertise in a particular area. So there are all kinds of questions, but there are a lot of questions about you, Bill. One of them is, “What is it like to meet William Lane Craig in real life?”[1] Chris says,

I don’t treat Dr. Craig on the same level as say, Scripture, nor do I worship him. In general, I enjoy reading his podcast transcripts and they’re very insightful … but I enjoy reading other great materials and sermons. . . .

While I did go to the William Lane Craig vs. Quintin Smith debate at the Harvard Science Center (April? 2003), I didn’t meet Dr. Craig there.

I met Bill Craig first at the end of his debate with Bart Ehrman at the College of the Holy Cross (evening of March 28, 2006). . . . He’s no intellectual slouch. He works hard. He obviously had read all of Bart Ehrman’s books.

Somebody else answered and said,

He is on the faculty of Houston Baptist University, and I have taken 2 classes under him so far. . . .

Dr. Craig is friendly, remembers every student’s name after the first day of class (calls each student by name without referencing a paper), will patiently explain complex ideas to you during class breaks (great eye contact and friendly, quick to laugh at jokes).

I went out to dinner with him and his wife last year the last day of class (with several other students) and they are down-to-earth. His wife shares funny stories about raising their kids, and Dr. Craig eagerly answers any philosophical questions you throw at him.

KEVIN HARRIS: Here are some questions from Christian Apologetics Alliance. We don't have time to get to all of these. Let me just kind of run through some. Raul says,

Most of the people in my congregation hold to the belief that one's views on, say, Calvinism, Arminianism, Molinism, all theological interpretations of God's sovereignty in regards to freedom of the will don't matter at all in the grand scheme of things, that we don't and can't know at the end of the day, and that these issues aren't even worth discussing or debating. I'd be interested to hear Dr. Craig’s response to this emerging viewpoint.

DR.  CRAIG: Well, there are several objections that are raised here. One is that these things don't matter at all. Another is that you can't know the answers. And then the third one, finally, is that they're not even worth discussing or debating. Now, the easiest one of those to dismiss is the third one. That attitude represents a profound anti-intellectualism on the part of these people. These are certainly worth debating and discussing if for no other reason that they are mind expanding. They will stretch your mind and your appreciation of God and his truth beyond the normal bounds of the superficial Christian who never thinks about these things. So the intellectual exercise of considering these is worth it even if you cannot come to some final answers.

As for whether we can know or not: well, I guess you won't be able to assert that until you've debated and discussed the issue. In other words, you can't say, You can't know the answer to this, until you've at least tried to find the answer. So there is either an intellectual laziness being expressed here or a kind of anti-intellectualism that wants to cut off the debate even before it's begun. I think that you can at least know that certain of these options are coherent, that they are possibilities, and indeed that they're not implausible. That can help to answer important objections to Christianity, as well as to illuminate other Christian doctrines such as I've tried to do in my application of Molinism to questions of divine inspiration, perseverance of the saints, and so on.

KEVIN HARRIS: Based on your answer here, I know that some people are going to say, Well, why don't you debate some of your fellow Christians on this? Because you're always getting challenges from some Calvinist offering to debate. You don't do those debates. You're saying that we should debate and examine these, but your ministry of debates on college campuses does not involve debating other Christians on theological doctrines.

DR.  CRAIG: No. I feel called to a ministry of evangelism and a defense of mere Christianity. Where I will debate these sorts of issues will be at theological conferences like the annual conference of the Evangelical Theological and Philosophical Societies. There I will sit on panels or read papers or comment on another paper about these things, and I take these up in my published work, as well. But this is not something that I feel called to do before popular-level audiences on university campuses.

You often appeal to the imputation of Christ in your lectures on penal substitutionary atonement. What exactly does this doctrine teach, and what resources would he suggest to learn more about it and arguments in favor of this doctrine?

DR.  CRAIG: This is a good question, and not one that's easy to answer. The idea of imputation is that on certain theories of the atonement God legally applies to Christ my responsibility or guilt for wrongdoing. There are analogies to this in the law called vicarious liability. In the law, an employer can be found vicariously liable for acts done by his employee in his role as the employee. For example, in Allen v. Whitehead (a court case), the owner of a cafe was found to be guilty because the manager of the cafe to whom the management had been entrusted allowed prostitutes to gather in the cafe in violation of the law. It was not just the manager that was found guilty. The manager’s guilt or wrongdoing was imputed to the owner of the cafe even though the owner had nothing to do with this and probably didn't even know it was happening. This is called vicarious liability. It involves the legal ascription of guilt or wrongdoing to another person. In the case of Christ, the idea is that my sins and yours are legally imputed to Christ, and then he pays the punishment for those sins.

I would encourage Raul to do a Bible study of the New Testament. That's really the best thing to do – look at what the New Testament says about this subject. But beyond that, let me refer him to my book called The Atonement published by Cambridge University Press. It comes out in May of 2018 and discusses this doctrine at some length.

KEVIN HARRIS: Another question on the atonement from Ariel:

Does the Christian doctrine of the atonement provide a good reason to prefer Christianity over the other monotheistic faiths, for example, Islam, Judaism, etc.

DR.  CRAIG: Well, it's certainly not an evidential reason in the sense that arguments for the historicity of Jesus and his resurrection would be evidence for the truth of the Christian faith. But I think that the doctrine of the atonement does show the theological superiority of Christianity over these other faiths in that it provides a means of salvation that makes better sense than what you have in Islam and Judaism. I think that the genius of the doctrine of the atonement is that it enables us to understand how both the justice and the mercy of God can be fully expressed toward us without compromising one or the other. Because out of his great love and mercy, God has given Christ to bear the penalty for sin that we deserve and thereby fulfill the demands of God's retributive justice. So I do think the doctrine of the atonement gives reason for preferring Christianity over these other faiths in that it has a superior doctrine of salvation.[2]