Media > Reasonable Faith Podcast > Questions on Evil, Inerrancy, and the Argument From Contingency

Questions on Evil, Inerrancy, and the Argument From Contingency 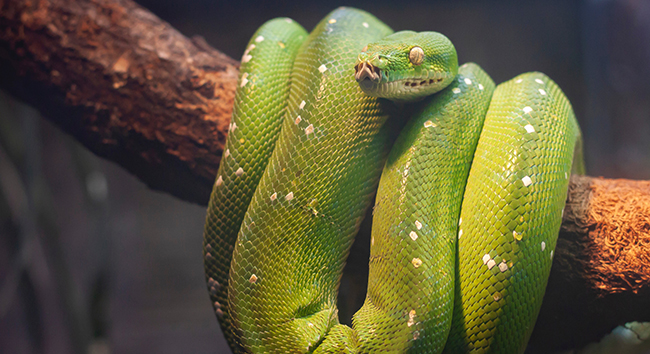 Another question on the Problem of Evil, the alleged contradictions in the Resurrection accounts, and the Argument From Contingency.

KEVIN HARRIS: The next question, Dr. Craig, comes from John in the United States,

Hello, Dr. Craig. You’ve said persons skeptical of Christian theism on the basis of apparently pointless suffering must show that God cannot possibly have a morally sufficient reason for allowing it. You suggested some suffering may appear pointless because its good effect may not become apparent until much later in time. This seems to imply that in principle we could trace the effects of an evil event and understand why that event was necessary to bring about the good effect or why it had to be allowed. There is no reason to think that we could not follow the chain of reasoning even if it took a long time. But surely the skeptic can justifiably assert that no one has ever shown or even attempted to show how a particular evil (say the rape and murder of a child in a rural county in Arizona 40 years ago) led to a morally justifying outcome or how it might possibly lead to such an outcome. Absent a real example or plausible general account of why every instance of apparently pointless evil is beyond such an analysis the skeptic can reasonably assert that our actual evidence seems to be that some suffering really is pointless because there is no demonstration of a real morally sufficient reason nor is there any account of what such a person or what such a reason would be like nor is there any account of what such a reason would be like. Hence the skeptic is quite reasonable in thinking that probably there isn't any such reason so the Christian God probably doesn't exist. Thank you, John. The United States.

DR. CRAIG: Now, John has run together here different versions of the problem of evil, confusing the logical version of the problem of evil with the probabilistic version of the problem of evil and then another argument sometimes called the evidential problem of evil from pointless suffering in the world. It's very important in these discussions to remember who has the burden of proof. It is not the theist who has to prove that God has a morally sufficient reason for allowing some instance of suffering. It is up to the atheist or the skeptic to prove that God either cannot have or probably does not have a morally sufficient reason for allowing some instance of suffering. And even if you could theoretically trace the chain of causes and effects to find a reason, that doesn't imply in any way that we're actually able to do such a thing. When you think of the incredible dizzying complexity involved, the whole point of this response to the skeptic is that we're just not in a position to make these kinds of probabilistic judgments with any sort of confidence. But we can certainly give theoretical examples, and I've done so, of how suffering could lead to some end that would morally justify it. I've often used the illustration, for example, of the movie starring Gwyneth Paltrow called Sliding Doors which describes the life of a young woman in two separate tracks based upon a seemingly trivial incident in her life. And what it shows is how this seemingly trivial incident can be magnified over and over and over again until one life becomes horrible, just disastrous, whereas the other life is filled with happiness and success and so forth. But then the real kicker is that at the end of the movie it turns out that in the supposedly happy life she is suddenly killed in an automobile accident, and it turns out that the life filled with suffering and hardship and challenge was really the good life after all. Now, that's not fact – that's fiction – but it illustrates at least the way in which events are so complexly ordered that it could well be the case that something for which we see no rhyme or reason might have a morally justifying end. In addition to that, I think that all of us can provide real world examples of this. I remember hearing a speaker once say to his audience, “I want you to think of the worst thing that has ever happened to you in your life.” And he gave them a few seconds to think about what's the worst thing that ever happened to you in your life. And then he said, “Now ask yourself: Did some good come out of that?” And he says the vast majority of his audience will say, “Yeah, some good really did come out of that even though in the short term it looked horrible.” In my own life, I can say one of the most difficult experiences I ever had was being fired as a seminary professor at Trinity Evangelical Divinity School. I was non-tenured, and so after seven years I was let go by the dean of the seminary. We had two small children, preschool age, and I had no idea where I was going to get the income to support our family. This was one of the most difficult experiences that I ever had in my life, losing my job. And yet it was because of that that we were catapulted out of the evangelical nest into the broader academic world. We moved to Europe. I became a visiting scholar at the University of Leuven in Belgium. And my career path and ministry path has taken an entirely different course than if I had remained a professor at Trinity Evangelical Divinity School, safe inside the evangelical fold. So I can look back and say truly one of the best things that ever happened to me in life was getting fired from Trinity and being cast out into the wider academic world which God has then tremendously used. I can think of many other examples like this in my own life. So I think with just a little imagination you can easily think of examples of where God could have morally justifying reasons for permitting some instance of suffering or hardship in life that is a morally sufficient reason for why he permitted it. There’s absolutely no way the skeptic can prove that that's improbable or impossible because we're simply not in a position to make those kinds of judgments with any sort of confidence.

DR. CRAIG: That's another factor, and that's not blind faith. If you've got good reasons to believe in God then the fact that he allows you to go through hardships is not a reason to think that he doesn't exist. Rather, as you say, it's a call to faith and trust in him as you go through these hardships believing that he has a morally sufficient reason for allowing you to do so.

Dr. Craig, my question has to do with your question of the week number 15 – inerrancy and the resurrection. There is one point in the article when you answer the following question, “Was the stone rolled away before they got there and what did they see?” “Yes, it was. There's no discrepancy here.” I was wondering if you could please expand on your answer a little bit. How do you justify this seemingly contradicting account of Matthew which implies that the stone was not rolled away before they got there but rather it was open before the women's eyes by an angel? The tombstone account of Matthew seems to contradict those in Mark, Luke, and John. Thank you so much for your time and your work. Quincy in the United States

DR. CRAIG: When I did my work on the resurrection of Jesus in Munich I went through these narratives with a fine-tooth comb, and one of the things that stood out to me was in fact Matthew does not say that the angel rolled back the stone before the women's eyes as Quincy assumes. He is reading that into the narrative, but in fact it's not there. It's entirely consistent with Matthew's narrative to say that this happened before the women arrived and that when they came they found the stone rolled away and the grave empty just as Mark and the other evangelists relate. So although Matthew might give the contrary impression, that's a result of his putting together his guard at the tomb story with the pre-Markan passion story that includes the discovery of the empty tomb. It could be simply a false inference that this rolling back of the stone by the angel is something that transpired before the women's eyes. Matthew does not say that.

Dear Dr. Craig, I've been thinking on something lately and would like your thoughts on it. I believe your view is that God existed timelessly but does not exist in this way today – that is, God gave up his timeless nature and entered time. I would agree with this view, but I also view this as God's first sacrifice. For me, I have a sense that this is really a big sacrifice. I, for one, would rather exist in a timeless state. I can't put my finger on it but I have an intuition that this is a sacrifice on God's part. I wonder what your thoughts are. Steven in Ireland.

DR. CRAIG: In my book Time and Eternity I make this very point myself! I agree wholeheartedly with Stephen. In the act of creation – making a temporal universe – I think God condescends to us in abandoning divine timelessness and taking on our temporal mode of existence. And I think Stephen is quite right in saying that this is a tremendous act of condescension on God's part. Then in the incarnation God goes even further and condescends to take on our very human nature, not just our temporal mode of existence. So I think that both the act of creation and the act of the incarnation are tremendous acts of self-giving condescension on the part of God for the sake of our salvation.

Hey, Dr. Craig. I have a question about the role of physical contingency in your arguments. It seems crucial that the universe is contingent for many of its arguments (Leibniz's cosmological argument, fine-tuning argument, and mathematical applicability) to work. However, as far as I can see it is extremely easy to be skeptical about our intuitions on this point. When I think it is obvious that the universe could be different or have different components (like types of quarks and fields, etc.) I remember that I can also conceive with equal ease a world where God does not exist. Of course you can appeal to the beginning of the universe to prove your contingency but that seems to me to make the arguments interdependent in such a way that it reduces your strength immeasurably. So my question is: What is the objective epistemic difference between saying that the universe is necessary and saying that there is a necessary transcendent being like God?

KEVIN HARRIS: I want to remind everyone that the matching grant is in place throughout this month. If you go to ReasonableFaith.org, anything that you give will be doubled up to three hundred thousand dollars. We want to thank the very generous donor who has accommodated this for us and ask that you continue to pray for us. You can have your impact doubled now when you go to ReasonableFaith.org. Dr. Craig, we’ll look at more questions next time on Reasonable Faith.[1]