Media > Reasonable Faith Podcast > Questions on Free Will, Relaxation, and The Noble Lie

Questions on Free Will, Relaxation, and The Noble Lie 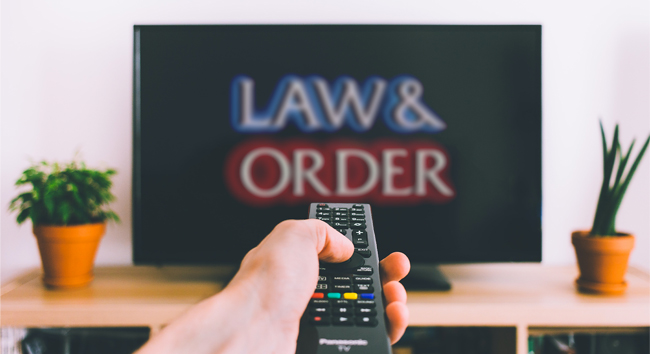 Dr. Craig receives questions on Molinism, how thinkers should relax, and a self-deceiving mechanism called The Noble Lie.

KEVIN HARRIS: Dr. Craig, we have questions just from all over the globe. Let’s put you on the hot seat once again and get you to answer some questions that have come in.

Dr. Craig, my question is concerning the continuing debate between Molinism and Calvinism and this idea of libertarian free will versus compatibilism. I love listening to your podcast, Defenders 3, and it has lead me to think even more critically about my Calvinist beliefs. Examining your material in the form of books and debates and podcasts has begun to shape the way I think about all aspects of theology in general. As for your critique of Calvinism’s determinism and your defense of Molinism, I am wondering if there may be an issue with defining terms. For example, in saying libertarian free will in combination with middle knowledge and God manipulating the circumstances of a person’s life God can direct people to act exactly how he wants them to act. My objection would be to say that this is exactly how Jonathan Edwards defines free will in his book The Freedom of the Will. That is to say that free will is being able to choose freely what you are most inclined to do, which seems to fit perfectly with your description of free will. Yet somehow the Calvinist view is conflicting with the Molinist view based on the terms used to describe these views. For example, the Calvinist would say that if God could perfectly manipulate someone to do exactly what he wants them to do through circumstances and desires, this is determinism. Yet the person is still choosing what they want to do, not being forced to act against their strongest desire. So they are free. I know there are other points of difference between Molinism and Calvinism, but at least on the point of God’s foreordination, this seems to me to just be a mixup in definition of terms. What are your thoughts on this? Joel from the United States.

DR. CRAIG: I don’t think that there is any confusion of terms here. It is simply a different conception of what it is to act freely. The Molinist affirms libertarian freedom which says that my free acts are incompatible with causal determinism by someone or thing outside myself. Whereas the Calvinist thinks that God determines people to do what they do. He moves their will to the choice that they make. That is vastly different. So while it is true that the Molinist thinks that by knowing what people would freely do in various circumstances and placing people in those circumstances God can bring it about that they freely do what he wants, the circumstances are always non-determining circumstances. The circumstances do not determine how the agent acts. By contrast, when the Calvinist says that God can arrange the circumstances and put people in them such that they do what God wants them to do and what they want to do, the circumstances are determining circumstances. The decision by the agent in that case is voluntary – it is not against his will – but what he wills is not up to him, it is determined by God. So it is a very, very different view of what it means to make a free choice – whether it is compatible with being causally determined or not.

KEVIN HARRIS: By the way, I noticed that there are so many Molinist groups on Facebook of every stripe that they're going to have to change the name to Molinist-book if this continues! Just all kinds of groups and interaction going on on this fascinating topic.

KEVIN HARRIS: This question is from Santiago in Colombia:

DR. CRAIG: I think human beings do have an essence or nature, and I can't think of any better description of it than the one that Aristotle gave: to be human is to be a rational animal.

Dear Dr. Craig, I really enjoyed watching your debates. I have read Reasonable Faith and several of your other books. I also study theology, apologetics, and study cults and other religions. In doing so I find it increasingly difficult to shut my brain off to watch TV and movies. I have a hard time not focusing on movie logic problems and inconsistencies rather than relaxing. I sometimes wonder how you react to movies, say, for instance Interstellar. Any advice on relaxing and shutting your brain off? Thank You. Jay in the United States.

DR. CRAIG: Well, I think Jay should be happy that he is developing this kind of critical thinking apparatus. Where it really will affect you, Jay, is when you listen to sermons on Sunday morning and you hear the terrible arguments or logical leaps that the pastor will make. So this is just, I think, one of these consequences of becoming a more reflective thinker – you listen to things and watch things critically. Now, I appreciate what he says about the need to relax, however. So I would suggest watching sports. We find that watching sports on television can be relaxing, it can be exciting especially if you get to know some of the players that are on the team and you develop more of a personal interest in the team. It’s wholesome. It's real – it's real life, not fictional. So I think watching sports is a great avenue for relaxation. Similarly, you can watch the news. I think that that is also a good way to stay informed, keep abreast of issues, but it can also be a way to relax. Finally, I have to recommend my favorite television show. Jan and I love to watch the old reruns of Law & Order. I think these are very good programs because of the legal machinations that go on in these programs. They actually emphasize in these programs the importance of logic and reasoning and legal maneuvering that I find very entertaining.

KEVIN HARRIS: Very good. I know what he means about trying to turn your brain off especially when you get in bed at night sometimes. That's when it's hardest for me. This next question is from Pablo in the United States:

Just as you do, Dr. Craig, I believe the Holy Spirit is accessible to everyone. Yet I never quite had a clear grasp of what it means to witness the Holy Spirit in oneself. I may be overlooking that aspect. However, I feel that the enforcing intellectual support that is the list of arguments for Christianity being true is really convincing. I feel justified when I praise God because of these arguments. The thing is I feel that it's primarily the arguments that are keeping me safe and sound in my faith more than the inner witness of the Holy Spirit. In other words, I continued being Christian because of the arguments and evidences. My principle question is: Would God be upset at me because I base my faith predominantly in the arguments and evidence rather than the Holy Spirit? Perhaps, Dr. Craig, you can give me some clarity to see how I may have felt the Holy Spirit before as a Christian. I've been Christian all my life, but perhaps it's the Holy Spirit that has me clicking with these arguments. I may just be oblivious or numb to that aspect. Nevertheless, I seriously find the most clarity in the intellectual support that is apologetics. I hope you can help. Many blessings.

Good day. I have a short question. In Chapter 2 of On Guard, Dr. Craig refers to the Noble Lie which atheists have to tell themselves to live with an objectively meaningless, purposeless, and valueless life. However, could an atheist not just say that the existence of God is also a Noble Lie told by believers? Is the point of the chapter to show that it is equally reasonable to believe or not to believe? If this is the case, I am OK. But I can't see how this specific chapter would provide evidence on the existence of God. Rather, it's a case of choose your lie.

DR. CRAIG: For those who aren't familiar with On Guard, this is an opening chapter on the absurdity of life without God. It argues that if God does not exist that life is ultimately meaningless, valueless, and purposeless. And moreover that it is impossible for anyone to live happily and consistently as though his life were ultimately meaningless, valueless, and purposeless. So this puts us in a human predicament, the answer to which may require us to go back to square one and ask again whether God exists. So this chapter is not given as evidence for the existence of God. I thought that was very clear. This is an attempt to arouse the sleeping unbeliever from his apathetic indifference to God and to say, “Please, think about these things. Look at the consequences existentially. If God does not exist it puts you in an unlivable situation. Therefore, shouldn't you go back and now consider again whether or not there are good reasons to think that God exists?” Those reasons then are given in the subsequent chapters. In terms of the Nobel Lie option, this was the answer of Loyal Rue in an address to the American Academy of Sciences[1], a remarkable address where he explains how nihilism and relativism is the overwhelming lesson of the past two centuries. But then he says, How are we to react to this? He said there's either the madhouse option or the totalitarian option. The madhouse option is everybody just creates his own values and meaning which results in social chaos and incoherence. The totalitarian option is for the state to impose social coherence by power and by fiat which robs people of their own personal integrity and autonomy. And Rue says if we're to avoid these two extremes (the madhouse option, the totalitarian option) he says we have no choice but to adopt some Noble Lie that will trick us into believing that life really does have meaning, value, and purpose even though it does not, and so we must live in self-deception on this atheistic view. And Rue says without these sorts of lies we cannot live. The point I make in the book is this is the terrible verdict that is pronounced over modern man. He must live in self-deception in order to get by because the atheistic worldview cannot be consistently and happily lived. Now, I actually make the point in the chapter that perhaps the atheist will say, “Ah, but maybe theism is the Noble Lie! Let's all believe in God, a civil religion perhaps, and then we can affirm meaning and value and purpose even though there is no God. Maybe theism is the Noble Lie.” I make that point, and I say that that means that we need to go back to square one and ask anew: Are there good reasons to think that God exists? And those reasons are then laid out in the following chapters.

KEVIN HARRIS: As I recall reading about the Noble Lie, too, it is not just something that one would believe for one’s self, but you need to disseminate it to the masses as a kindness so that they can be lulled and effectively placebo’ed.

DR. CRAIG: Yes. Otherwise, you’d have the madhouse option if you don’t do that. You are going to give up social cohesion.[2]