Questions on God's Infinity and the Moral Argument 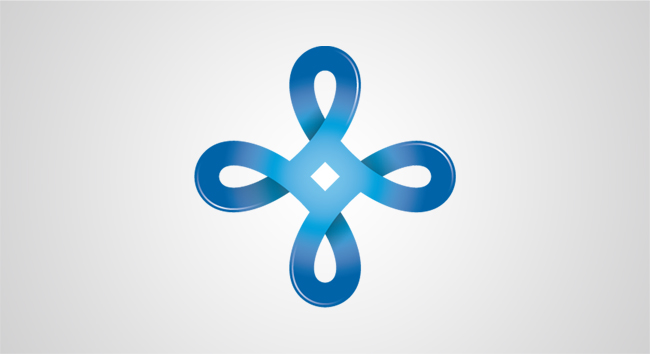 Questions to Dr. Craig include God's relationship to finite things and how our sense perceptions relate to the Moral Argument for God

KEVIN HARRIS: Bill, it’s time to put you on the hot seat and get some questions your way. We get questions from all over the world. This one from the United Kingdom:

Professor Craig, I was intrigued by your comment in The New York Times about miracles and science being compatible. Could you expand on that topic a bit?

DR. CRAIG: Just a little bit. I talk about this in my book Reasonable Faith in the chapter on miracles. I think the central insight here is to understand that the laws of nature are not violated by miracles. We should not define a miracle as a violation of a law of nature. Why? Because the laws of nature have implicit in them certain what we call ceteris paribus clauses. That is to say implicit clauses stating “all else being equal.” That is to say, the laws of nature describe what will happen if there are no interfering natural or supernatural factors. But if there are such interfering factors then the law simply doesn't apply in that case. So the laws of nature are idealizations that include these implicit ceteris paribus conditions about all else being equal. Therefore a miracle does not violate a law of nature. The law of nature just doesn't apply when God is intervening to act in the world. I think we should therefore define miracles as naturally impossible events. They are events which the causal powers of nature at the time and place in question are incapable of producing so that if they occur they must have a supernatural cause.

KEVIN HARRIS: Boy, we sure mangle the term “miracle” in popular jargon today. The “miracle on ice” when a hockey team wins. Next question. Byron in the United States says,

Hey, I have a question. In Genesis 22, God asked Abraham to sacrifice his son Isaac, then before he killed him the angel stopped him. The next phrase is throwing me for a loop. He said, “Now I know you fear God” implying that he didn't know beforehand. I know God knows all things, but I've been struggling with this for a while. Thank you.

DR. CRAIG: What Byron needs to understand is that the Old Testament is not a philosophy book or a book of systematic theology. It's a book of stories about Israel's God. Stories that would have been told around the fire of these nomadic camps. The art of a good storyteller is to tell a story with vitality and verve and color. So God is often described anthropomorphically in these Old Testament stories. For example, in the story of Adam and Eve you have God walking in the cool of the garden and saying, Adam where are you? and Adam says, Here I am and he's discovered by God. Or God comes down to Abraham and said, I've heard that things are being done wickedly in Sodom and Gomorrah so I've come down to see if this is really the case. Here you have something similar. I think these are simply anthropomorphisms in the story that displayed the storyteller’s art but are not meant to be careful philosophical statements about God.

KEVIN HARRIS: Here's a question from Tom in Norway,

Dear Dr. Craig, First I want to thank you for your valuable and enlightening work. Like many, I am struggling on my way to theism, and often I am left with questions that for some reason aren't talked about much. I've listed some of these here, and it would be very valuable to hear your response to them. None of these are my views. They contain different angles of the same issue so I've grouped them together. Number one: on God's infinity.

This is the one that we're gonna look at, Bill.

If something exists apart from God, would that not limit God since he is infinite and would encompass everything?

DR. CRAIG: Let me say immediately that I've written an article on this subject that Tom should read. It's called “Pantheists in Spite of Themselves? Pannenberg, Clayton, and Shults on Divine Infinity”[1] He will find that this article addresses directly his question. This is to be found on the ReasonableFaith.org website under “Scholarly Articles” and then the subsection “Christian Doctrine.” Again, it’s called “Pantheists in Spite of Themselves?” The fallacy here is thinking that if something is infinite there can't be something outside it. That if something is infinite then it includes everything. And that's simply a non-sequitur. Take for example the set of odd numbers. The set of odd numbers is infinite, but there's also the set of even numbers which is also infinite. And neither one is included in the other. In addition to those sets of infinite quantities there are other things like Kevin Harris and Bill Craig that aren't included in those collections. So the idea that God is infinite in no way implies that he is all-inclusive. There can be a finite world which is not God and is distinct from God even though God is infinite.

If God resides in a domain beyond the finite – outside of time – this is a limit, and he cannot be infinite.

DR. CRAIG: I don't see that as a limit to God's infinity that he should exist timelessly. Again, he's thinking that the infinite can't have limits, and that's clearly wrong. Think again of the series of natural numbers. It has a limit – it begins with zero. It has one end. By contrast, the series of negative numbers has a limit – it has an end with -1. So it's simply incorrect to think that something that is infinite is limitless in the sense that it's all-inclusive.

KEVIN HARRIS: That answers his next question:

How can God be infinite when he doesn't include everything, also the finite? If the finite is part of God (something it must be if he is infinite) then God, too, is finite.

DR. CRAIG: And I would not say that the finite is part of God. In fact, that's the burden of this article that I just referred to – to suggest that Pannenberg, Shults, and Clayton do seem to commit themselves to a kind of pantheism whereby the finite would be included in God because they think God must include everything and be all-inclusive. But in answer to his question “How can God be infinite if he doesn't include everything?” – he can be infinite in the sense that he is eternal in his being, that he is omnipotent, that he is omniscient (he knows everything), that he is omnipresent (he's everywhere present). None of those properties exclude the existence of finite reality which is non-divine.

When God created the finite he must logically have become finite because of the existence of this. Because there are finite beings and infinite being seems contradictory.

DR. CRAIG: Yes, and that is not correct as the illustrations I’ve given show. The equivocation here that's going on on the part of these thinkers is equating the word “infinite” with “all-inclusive.” That is a false equivalent. It's odd that these sorts of arguments should have developed at the same time that Cantor's work on transfinite arithmetic and infinite set theory would make the concept of the infinite in mathematics very clear and understandable and would show quite the contrary – that the infinite can have limits, that you can have an infinite collection that is not all-inclusive, that there's no contradiction between the infinite and the finite. In fact, in transfinite arithmetic, you can do addition with infinite quantities and finite numbers. For example, Aleph null is the lowest transfinite cardinal number. It is the number of elements in the set of natural numbers. And you can ask questions like: What is Aleph null plus one? What is Aleph null plus two? What is Aleph null plus three? And those are perfectly intelligible arithmetical operations in which you add the finite to the infinite. The infinite is not all-inclusive.

KEVIN HARRIS: So what is he getting at here? He says,

DR. CRAIG: I liked his earlier expression that if the finite is part of God then God is finite. It's hard to know what he's saying here.

KEVIN HARRIS: God's infinite being couldn't interact with anything else. Because there would be nothing that he is not.

DR. CRAIG: Yes, see, that's the idea here. This equation of infinitude with being everything there is or being all-inclusive, and that is a false equation.

KEVIN HARRIS: He just sums it up by saying,

If there is an interaction between the infinite God and our finite world, how can God then be infinite?

DR. CRAIG: He can be infinite in possessing these superlative properties that I just described – absolute moral perfection, omnipotence, omniscience, eternality, omnipresence, aseity, metaphysical necessity. These are the attributes that go to make up the infinity of God's being.

KEVIN HARRIS: OK, I hope that that helps Tom. He says he is on his way to theism.

KEVIN HARRIS: From Dallas in the United States:

DR. CRAIG: The claim here is that our sense experience is reliable, not that it's infallible. Of course there are perceptual errors. We see water on the highway in the distance and it turns out to be a mirage. We think we hear someone in the next room, and it turns out to be something else. The claim is not that our sense experiences are infallible. It is defeasible – it can be defeated. But the claim is that we are justified in believing our sense experience that there is a world of physical objects around us unless and until we have some sort of defeater for that sense experience. It's the same in the moral realm. Our moral perceptions are reliable but they're not infallible. Our moral experience is defeasible. The Nazis thought that the Holocaust was morally good. Afrikaner South Africans thought that racial discrimination was morally justified. In our own lives, I think, those of us who have tried to live an ethical life will often experience moral growth and look back on earlier episodes of our life with chagrin and perhaps embarrassment saying I just didn't see how wrong it was what I was doing, the way I was treating someone else. I'm now ashamed of that. Moral growth can take place. But what the relativist is saying is that there are no objective moral values and duties at all. It would be equivalent to someone saying there is no external world whatsoever that you sense. I think we are certainly within our rational rights in justifying these extreme views on the basis of our sense and moral experience, and that does not require that that experience be infallible.[2]