Media > Reasonable Faith Podcast > Questions on the Physicality of Heaven, Necessary Beings, and the Arrow of Time

Questions on the Physicality of Heaven, Necessary Beings, and the Arrow of Time 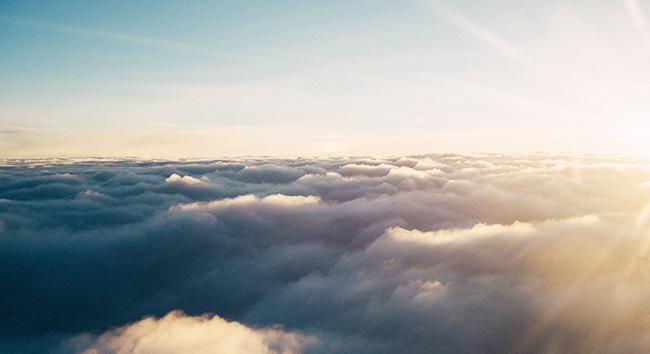 Great questions sent to Dr. Craig from all over the world!

Dear Dr. Craig, You have mentioned that the saved will receive their physical bodies in heaven after final judgment. What else can one say about the physicality of heaven? Will there be the four familiar forces of nature – the strong, weak, nuclear forces, gravity, electromagnetic forces? Will there be solar systems, etc.? Best wishes, Justin

DR. CRAIG: Well, we know very little about the physical nature of the new heavens and the new earth except that they will presumably operate according to different laws of nature because Christ's resurrection body had powers that outstrip what would be possible for bodies in this universe. So probably the universe to come – the new heavens and the earth – will not be governed by the same four familiar forces of nature such as the strong and weak nuclear forces, gravity, and electromagnetism. But we have absolutely no idea of what the new laws of nature will be or whether there will be solar systems or not. We simply have to wait and see.

Dr. Craig, Wow! I'm totally loving the new website. It is very well organized and beautiful, clearly very well put together. I love how I can find everything so easily. You have shown great diligence, dedication, and compassion for humanity in your work. On behalf of sincere seekers of truth everywhere, I would like to thank you for all that you have done, if only it was possible to thank you enough. My question is: Can the Christian God be correctly understood as a necessary being? The ontological and contingency argument clearly infer the existence of a necessary being which is compatible with the God of Israel. It seems that there may be a difficulty in applying arguments for God as a necessary being to Christianity. On the Christian view, God is a tri-personal being. How can he also be necessary? It seems that it is possible that God could have existed in a strict monotheistic sense like Muslims and Jews believe.

DR. CRAIG: Let me interrupt because it's a long question. I see no reason to make that assumption. If being triune is an essential property of God, it's impossible that God could have been one person or more persons. It's essential to God to be triune just as it is to be holy, to be omnipotent, and things of that sort.

KEVIN HARRIS: Continuing: “This seems to suggest that the triune nature of God is not a necessary property.”

DR. CRAIG: And I don't see why we should think that. Why can't being triune be an essential property of God? Indeed, that seems to me to be very intuitive. Is there a possible world in which God is only the Father and the Holy Spirit? Or is there a possible world in which just the Spirit and the Son are God? That seems absurd. It seems to me that being triune is very plausibly an inherent and essential property of God.

DR. CRAIG: Let me interject at that point. While I think the question is irrelevant, as I've just explained, nevertheless I think a necessary being can have contingent properties. For example, God could have the property of knowing what time it is now. He could have the property of being my Savior and Lord. Those are contingent properties that God has since the existence of the universe is not necessary.

KEVIN HARRIS: “Perhaps the already existing God can acquire contingent properties like a body in the incarnation of Jesus.”

DR. CRAIG: That's right; that would be another example.

KEVIN HARRIS: “Wouldn't God's inability to contradict his own nature and his divine aseity prevent him from acquiring new properties and changing his being?”

KEVIN HARRIS: “Lastly, couldn't God just as easily been bi-personal instead rendering both a tri-personal or uni-personal God unnecessary?”

DR. CRAIG: Obviously I would say, no. I don't see any reason to think that there's a possible world in which God is, for example, the Father and the Spirit – that he's bi-personal rather than tri-personal.

KEVIN HARRIS: “In a nutshell, it seems that it is necessary that a being must be N-personal, but if N is not necessarily equal to 1 then it now seems to be of arbitrary value of any positive integer.”

DR. CRAIG: And I see no reason to grant that. There's no reason to think that it's arbitrary what number of persons God is.

DR. CRAIG: And by that he means unitarianism – one person. And that's just not at all clear. That's a non-sequitur. God can have contingent properties so if he wanted to maintain that God has the contingent property of being three persons, OK, you could say that. But I see no reason to affirm that. There's no reason at all to say that God does not have the essential property of being tri-personal.

KEVIN HARRIS: He kind of drops a bomb here and he says, “This has me seriously considering Judaism.”

DR. CRAIG: This is what is so distressing, isn't it? Because of this bad argument and these misunderstandings, this is a guy who's contemplating apostasy and going back to Judaism! This is the error of the Galatians that Paul was so incensed about. Remember he wrote to the Galatians and said, Who has bewitched you that you should consider this? He says, If you do this, you have fallen away from grace; you're separated from Christ. Paul was white hot with anger with the Galatian churches because of this temptation to renounce Christ and go back to Judaism. And yet here's this nice fellow, apparently, out of these poor arguments contemplating becoming Jewish.

KEVIN HARRIS: Well, the good news is he says this, “I am not presumptuous enough to just give up on Christ in failure to recognize my own intellectual limitations.”

On the basis of my personal relationship with Christ, I'm confident that this is not a fatal issue and is more likely just another block in the road that is greater than myself and is only a temporary obstacle. But as an honest seeker of truth I have to follow the evidence where it leads and press further inquiry until I can make sense of all the data.

DR. CRAIG: I think this is a good attitude. It shows humility. It shows openness and a determination to study further rather than to jump to conclusions.

KEVIN HARRIS: Apparently he understands the difference between something being false and then him not just having enough data. So he does have a good attitude. That's what I'm trying to emphasize.

DR. CRAIG: Exactly. The intellectual humility that is manifested here and the desire to explore further and think harder is commendable.

Dr. Craig, I’ve been looking into Molinism recently. I feel like I have a decent grasp of your beliefs now including middle knowledge. I'm curious what you think about this. Here's my question. Since saving faith is more than just intellectual belief, where does it come from? In other words, how does a heart get softened to the point of truly believing the Gospel? I ask this because there are some verses that seem to suggest God has to perform a miraculous work of regeneration before someone's heart can be softened and exercise saving faith. Ezekiel 36:26 – Moreover, I will give you a new heart and put a new spirit within you; and I will remove the heart of stone from your flesh and give you a heart of flesh. John 12:39-40 – Therefore they could not believe, for again Isaiah said: “He has blinded their eyes and hardened their hearts, Lest they see with their eyes, and understand with their hearts and turn, and I will heal them.” Do we all have hard hearts of stone that must be regenerated to exercise saving faith? Curious what you think about this.

Dr. Craig, People talk about time having a direction, but we really cannot experience time without also observing objects within it. Perhaps the arrow of time is a property of the particles that stuff is made of and the direction seems universal because virtually all the particles around us have that same bias, sort of like the fact that virtually all matter around us is matter rather than antimatter. Is this a reasonable perspective?

DR. CRAIG: Here he is raising the question about the direction of time, or the so-called arrow of time. His proposal is one that you will often find physicists endorsing – that the arrow of time is determined by the second law of thermodynamics, that entropy always increases. So the direction of entropy increase is the arrow of time – that's the future direction as opposed to the past. But I think it's been fairly convincingly shown that these kinds of physical processes cannot provide the arrow of time. They're at best a measure of it. When it’s said that entropy increases, one is assuming that there is an arrow of time and that the future direction is the direction in which the entropy is increasing. Otherwise you could equally call the direction of entropy increase “the past.” So the claim that entropy increases is already presupposing that time has an arrow. And time, in order to have a direction, doesn't have to have physical objects being observed within it. You shouldn't equate the reality of time’s having a direction with your being able to observe objects within it. The succession of a series of mental events alone would set up a direction of time. If you think about the stream of consciousness in your mind, there is a directionality. There is one event occurring after another – mental events. And that already represents a direction of time wholly in the absence of any physical stuff or observable event. So we could imagine God existing alone without the universe, not having created space or time. But with a succession of the contents of divine consciousness, time would exist in virtue of the fact that there is this succession of events and there would be a direction to that time.[1]