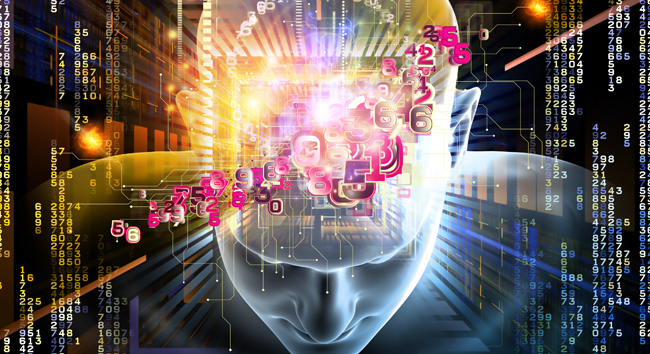 The great physicist and mathematician weighs in on what things actually exist, the Mind/Body Problem, and the Philosophy of Mathematics. Dr. Craig has lots to say about it!

KEVIN HARRIS: You’ve got the podcast of Reasonable Faith with Dr. William Lane Craig. We are about to get into a two-part interview with the renowned Roger Penrose. Part 1 today, part 2 next time. Yeah, it has been flooding down in Texas including at my house. At this recording, we’ve had record flooding but hopefully my microphone will stay dry at least for the next few minutes. Oh, and by the way, have you seen our updated Reasonable Faith mobile app? You can download it right now and get some great new features. So definitely check it out. It includes a way to donate to Reasonable Faith – an in-app donation. Your support keeps the work of Reasonable Faith happening all over the world. I know you agree it is much, much needed.

You may have heard the name Roger Penrose, the prominent professor of mathematics at Oxford. Some of our listeners sent us some excerpts of this interview and asked for Dr. Craig’s thoughts on it. The interview was conducted by Robert Kuhn who has also interviewed Dr. Craig. He has a very interesting show on TV and on YouTube. Bill, Roger Penrose – you’ve quoted him a lot in your work.

DR. CRAIG: He is one of the great mathematical physicists of our age. Indeed, of all time. He, with Hawking, formulated the Hawking-Penrose singularity theorem that established the inevitability of a Big Bang singularity at the beginning of time and space in the standard general relativistic model of cosmology. He is a universally respected physicist and mathematician.

KEVIN HARRIS: He is interviewed by Robert Kuhn of Closer to Truth, a program you’ve been on as well. He is being asked what things really exist. Some of this touches on your work as well. Here’s the video.[1]

ROBERT KUHN: Roger, if I ask the question What things really exist? to most scientists, they would say, The physical world. That is it. Why did you ask me such a silly question?

DR. CRAIG: Now, notice what Kuhn is talking about there. He is talking about materialism or physicalism. In fact, many philosophers would not identify the physical world as a thing that exists. They would say that is just your agglomeration (mentally) of all the individual physical things that exist. Some would even say that the only things that exist are elementary particles which then get shaped in different ways to make people and horses and chairs and buildings and planets. But those things don’t really exist. What really exists is just these elementary physical particles that are differently shaped or configured. So don’t take with too great seriousness the idea that all that exists is just the physical world. What he really means there is: is everything that exists material or physical?

DR. PENROSE: I think often people take the view that there is another kind of reality which is the mental reality. Certainly philosophers might have that view. Some might even regard the mental world as being in some sense primary and the physical world is somehow to be thought of as a construct from mentality. I don’t particularly like that view. In my view you have to think of a third one. I am sometimes accused of being not just a dualist but actually a trialist, which is even worse.

DR. CRAIG: What is very significant here is that Penrose implicitly affirms the truth of dualism. He says I am not just a dualist, but a trialist which implies that he is a dualist. That is to say that he believes that in addition to physical reality there is a kind of mental reality or mind that is as real as the physical stuff that makes up the world. That is highly significant, I think, that he is affirming the reality of the mental. He is going to affirm now a third realm of reality which will have to do with the existence of mathematical objects.

DR. PENROSE: I think it is just a useful way of talking about things, in particular mathematics seems to have its own kind of existence. It is very important in understanding the physical world that our way of describing the physical world, certainly at its most precise, has to do with mathematics. There is no getting away from it[2]

DR. PENROSE: . . . mathematics seems to have its own kind of existence. It is very important in understanding the physical world that our way of describing the physical world, certainly at its most precise, has to do with mathematics. There is no getting away from it. That mathematics has to have been there since the beginning of time. It has eternal existence. Timelessness really. It doesn’t have any location in space. It doesn’t have any location in time. Some people would take it not having a location with not having any existence at all. But it is hard to talk about science really without giving mathematics some kind of reality because that is how you describe your theories in terms of mathematical structures.

DR. PENROSE: It also has this relationship to mentality because we certainly have access to mathematical truths. I think it is useful to think of the world as not being a creation of our minds because if we do then how could it have been there before we were around? If the world is obeying mathematical laws with extraordinary precision since the beginning of time, well, there were no human beings and no conscious beings of any kind around then. So how can mathematics have been the creation of minds and still been there controlling the universe?

DR. CRAIG: This is a good argument against thinking of mathematical truths as the product of human conception, namely, mathematics has been true forever long before we arrived on the scene. That is quite right. I think this is a devastating argument against a view called psychologism that would say mathematical objects are ideas in people’s minds. But notice this wouldn’t strike against divine conceptualism which would say that they are ideas in God’s mind or the creation of God’s mind in some way which would be either an absolute creationism or divine conceptualism. It will be interesting to see whether or not he thinks that mathematics could be grounded in the mind of God.

DR. PENROSE: I think it is very valuable to think of this Platonic mathematical world as having its own existence. So let’s allow that and say that there are three different kinds of existence. There may be others, but three kinds of existence: the normal, physical existence; the mental existence (which seems to have, in some sense, an even greater reality – it is what we are directly aware of or directly perceive); and the mathematical world which seems to be out there in some sense conjuring itself into existence – it has to be there in some sense.[3]

DR. CRAIG: Notice here he has made this slide that I talked about without justification from being a realist about mathematical truth to being a realist about mathematical objects. That requires an argument. In contemporary philosophy of mathematics it usually involves some sort of criterion of ontological commitment. Namely, if you assert a truth and you use terms to refer to certain individual things like numbers, or if you say “there is” or “there are” certain things, then you are ontologically committed to the things that you say there are or the things that these terms refer to. But that criterion can be challenged, and has been challenged, by a good number of thinkers today who would want to be objectivists (like Penrose) about ontological truth but would question whether or not that implies Platonism with regard to these ontological objects. To make that move – that slide from truth to ontology – you need an argument, and he hasn’t given that yet.

DR. PENROSE: Then there is the relationship between these three worlds which I regard, all three of them, as somewhat mysterious or very mysterious. I sometimes refer to this as “three worlds and three mysteries.” Mystery number one is how is it that the physical world does in fact accord with mathematics, and not just any mathematics but very sophisticated, subtle mathematics to such a fantastic degree of precision. That’s mystery number one.

DR. CRAIG: Mystery number one is commonly known as the applicability of mathematics. What makes this a mystery is that this Platonic realm of abstract objects – this third reality he believes in – are causally inert. They stand in no causal relations to anything. So they cannot impact the physical world. So how is it that this Platonic realm of mathematical objects is applicable to the physical universe? The Platonist has no answer to this mystery. By contrast, the theist (whether he be a Platonist or an anti-realist) has an answer to mystery number one – he says that the world exhibits a mathematical structure because it has been designed by God on the basis of such a blueprint. God had a mathematical blueprint or structure in mind and he has constructed a world built on that blueprint. So naturally these mathematical truths then are useful and apply to the world in understanding the way the world is. So the first mystery that Penrose lays out is a mystery indeed for the Platonist but it is not a mystery for the theist.

KEVIN HARRIS: OK, let’s pick it up there next time as Professor Penrose continues to discuss these three mysteries of life. Part two next time. Be sure and come back. We’ll see you then on Reasonable Faith with Dr. William Lane Craig.[4]