The Argument From Intentionality 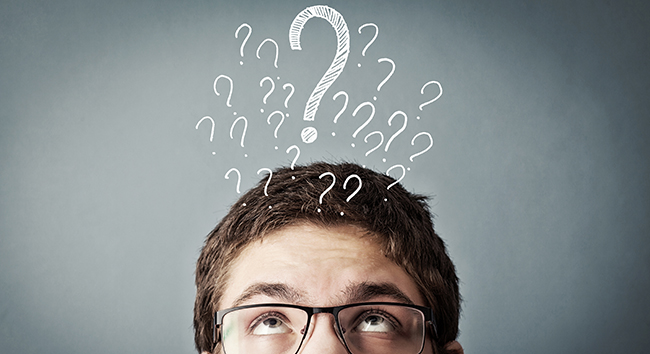 Atheist blogger 'The A-Unicornist" says this is one of the worst arguments for Theism he's ever heard! Does he understand the argument?

KEVIN HARRIS: Bill, the name of this blogger is The A-Unicornist. What does that say?

DR. CRAIG: He must not believe in unicorns, I suppose.

KEVIN HARRIS: I guess that is what he’s trying to say. The byline of his blog is “Science, reason, culture, and unicorns.” He takes on your argument from intentionality.[1] Apparently, he saw your debate . . . yes, he did, in fact. He said,

Here's a quote from William Lane Craig's opening statement in his debate with Alex Rosenberg. I haven't watched the debate (really, how many of his debates are worth watching anyway?), but from the buzz on the 'net I hear this is one of eight arguments Craig presented. And just... wow. This is one of the most colossally inane arguments I have ever heard.

If you would like to read your opening statement here.

God is the best explanation of intentional states of consciousness in the world. Philosophers are puzzled by states of intentionality. Intentionality is the property of being about something or of something. It's signifies the object directedness of our thoughts.

For example, I can think about my summer vacation or I can think of my wife. No physical object has this sort of intentionality. A chair or a stone or a glob of tissue like the brain is not about or of something else. Only mental states or states of consciousness are about other things. As a materialist, Dr. Rosenberg recognizes that and so concludes that on atheism there really are no intentional states.

Dr. Rosenberg boldly claims that we never really think about anything. But this seems incredible. Obviously I am thinking about Dr. Rosenberg's argument. This seems to me to be a reductio ad absurdum of atheism. By contrast, on theism because God is a mind it's hardly surprising that there should be finite minds. Thus intentional states fit comfortably into a theistic worldview.

So we may argue:

1. If God did not exist, intentional states of consciousness would not exist.

2. But intentional states of consciousness do exist!

I want to say that this argument is borrowed from one of the greatest living philosophers in our day, Alvin Plantinga, who wrote an article called Against Materialism in which he argues precisely that states of intentionality require that there be mental substances like the mind or the soul and uses precisely this point that no physical object exhibits intentionality and therefore materialism must be false.

KEVIN HARRIS: You know, it's been a while since I heard that debate. I've watched it a couple of times. Do you remember off the top of your head Rosenberg's rebuttal to this? A response?

DR. CRAIG: My recollection is that he didn't respond to the argument. Rosenberg didn't engage very much with the arguments that I gave against his naturalism. So I think this largely went unrefuted. But in the published version of the book, in his final response, as I recollect, he admits this is one of the most difficult problems for atheism and naturalism: how in the world you can account for states of intentionality on an atheistic worldview.

KEVIN HARRIS: Well, Mr. Unicorn Man here takes you to task. He says, “Craig's most obvious gaffe is a fallacy of composition.”

DR. CRAIG: Yes, it's not always the case that the whole lacks the property of its parts. In some cases, the whole might indeed exhibit that same property, and the example you give of the red shingles and the red roof would be a good one. But you cannot simply infer that because the parts have a property therefore the whole also has that property.

KEVIN HARRIS: This is what he says,

Craig's most obvious gaffe is a fallacy of composition. He argues that mundane physical objects like chairs and stones cannot exhibit intentionality, and calls the brain a "glob of tissue". Maybe he missed every biology class ever, but the brain is a complex network of over 100 billion neurons and 100 trillion synapses. Of course it is trivially true that a synapse cannot exhibit intentionality, but the brain is no more a synapse than it is a "glob of tissue". It is a highly complex aggregate of parts – and an aggregate of parts can exhibit properties not present in its constituents.

Whether in physics, chemistry, biology, or whatever else, we observe precisely this phenomenon. Actin and myosin cannot throw a baseball, but muscle tissue composed (in part) of actin and myosin (and connected to a brain and skeleton) certainly can. Atoms cannot make stupid arguments, but William Lane Craig, who is composed of atoms, obviously can.

But even leaving aside the glaring fallacy of composition, this is still one of the worst arguments I've ever heard any apologist make.

DR. CRAIG: Let me say something about that. The first premise was “If God did not exist, intentional states of consciousness would not exist.” Why did I employ this argument in the debate with Alex Rosenberg? It's precisely because this is what Rosenberg believes. In each case, I would take the key premise from Rosenberg's own book on atheism and then show how that serves in a good argument for the existence of God. So it's not simply a bald assertion; rather, this is offered in a debate context where my opponent argues that if atheism is true then there are no intentional states of consciousness because he recognizes that in the absence of God there are just physical material objects and that these don't exhibit intentionality. So the A-Unicornist fails to realize that this is a premise that is not under dispute in the debate; it's one on which Rosenberg and I agree.

KEVIN HARRIS: He finishes up that paragraph saying,

I feel that theologians resort to this tactic often – to discuss phenomena that are difficult to explain in intuitive ways, and use that as a springboard to claim that "naturalism" or "materialism" in principle cannot explain them at all. That's clearly a non sequitur.

KEVIN HARRIS: Continuing, “Craig's claim that theism entails intentionality is not an explanation, but just another assertion.”

DR. CRAIG: Now, notice that I don't say that theism entails intentionality; though I think that it does because if God exists, God thinks about things and so obviously intentionality would be entailed by theism. But that's not the point here. The point rather is that if God doesn't exist then there are no intentional states. But if God does exist then, as I say, you have a mind already exhibiting states of intentionality and therefore it would not be inappropriate for there to be finite minds as well that exhibit intentionality. So finite minds with intentional states of consciousness fit comfortably into a theistic worldview, but they fit very poorly into a naturalistic worldview as Rosenberg recognized.

KEVIN HARRIS: Then he goes off on another question. He says, “And how can a disembodied mind exist?”

DR. CRAIG: That’s a separate issue. If he wants to raise that then he's free to do so and can argue that the idea of an unembodied consciousness or mind is impossible. But I'd like to see the argument. That's an argument for another day.

And doesn't Craig always argue that actual infinites are impossible... which would render an "infinite mind" nothing more than an abstraction?

DR. CRAIG: That's a non sequitur. When I argue against the existence of actual infinities, I'm talking about quantitative infinities, that is to say, a collection that contains an actually infinite number of definite and discrete elements like an infinite set of numbers. But when one talks about God and his infinity, one is speaking of infinity in a qualitative sense. One means that God is omnipotent, omniscient, omnipresent, eternal, perfectly good, and these aren't quantitative concepts. So it's simply inapplicable.

KEVIN HARRIS: He wraps up his essay saying,

Further, it's impossible to ascertain the probability of supernatural occurrences. Probability assessments require us to have a quantifiable range of variables; since God can contravene the laws of physics, saying that intentionality is more probable on theism than atheism (a claim he made later in the debate) is the equivalent of saying, "Naturalism cannot explain it, but theism can because it's magic!"

DR. CRAIG: I'm not clear that I'm saying that life requires supernatural intervention. What I'm saying is that the existence of intentional states of consciousness fit better into a theistic worldview than they do into a naturalistic worldview. That seems to me to be quite evident. On naturalism, there shouldn't be (or can’t be) any intentional states at all, but on theism – theism, as I say, entails there are intentional states because God is a mental entity and therefore it is just no problem to say that there could also be finite entities. How these are created or came to be is not germane to the argument. That is a further question that theists are open to explore.[2]