Media > Reasonable Faith Podcast > What is the Firmament?

What is the Firmament? 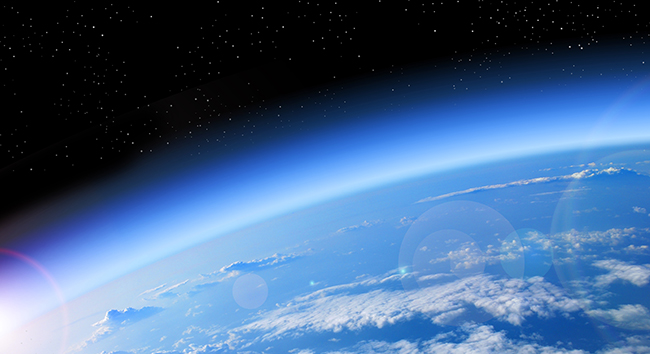 Does the Bible teach that a solid dome existed above earth's atmosphere?

KEVIN HARRIS: Dr. Craig, you’ve been talking about ancient Israelite cosmology. You mentioned that on your Defenders series talking about Genesis. You often hear that Genesis is criticized for having this outdated, garish cosmology of a dome over the Earth and there's water above that and the stars are embedded in that dome. You've clarified what that means, and I’ve run across a blog[1] from Alex Beyman. He says,

Moderate Christian apologists have done an astonishingly good job of sweeping under the rug the fact that the OT does indeed describe a flat, disc shaped Earth covered by a solid dome called the firmament.

DR. CRAIG: It's very evident reading Alex's blog that he resents not having been told about these matters in his Christian upbringing – in his church. He complains that Christians are not taught about these things. He says it was never taught from other Christians. He said, “Probably they were not, themselves, aware of those verses because nobody ever taught them about it either.” I think there's a certain resentment that's coming to the surface here that he feels somehow the wool has been pulled over his eyes and that now he's seen for the first time this antiquated, allegedly Ancient Near Eastern view of the world that you have described. I think the good news for Alex is that what Christian Old Testament scholars have done a very good job of doing is showing that the Old Testament does not indeed teach a flat disc-shaped Earth covered by a solid dome known as the firmament, and moreover that neither do the Ancient Near Eastern views of the world embody such a mythical conception. He's simply incorrect in thinking that people are sweeping things under the rug rather than exploding a false view of the ancient world and of Genesis 1.

KEVIN HARRIS: I was told this, too (I think I was in junior high) – how the Bible talks about the circle of the Earth, and that that could be interpreted “sphere” and that the Bible was ahead of its time on that. That's not necessarily the case, as I understand either.

DR. CRAIG: Right. I'm not going to carry any brief for these sorts of attempted prooftexts in the Old Testament that try to import modern science into the text and show that, for example, the spherical shape of the Earth was anticipated by Old Testament authors. I have no interest in that whatsoever. Rather, what I want to show is that neither the author of Genesis 1 nor ancient Babylonian thinkers can be proved to have believed that the world was a flat disc-shaped object surrounded by a circumferential ocean over which there was a solid dome resting upon the Earth at the horizon. I think that that view is not simply mistaken, it is demonstrably mistaken. They did not believe such a thing, and I think we can prove it.

DR. CRAIG: In these ancient Babylonian myths you have the description of stone heavens like layers above the Earth, and the stars are inscribed in the lowest of these heavens. But clearly these myths were not understood by the Babylonians literally because that would be in contradiction to the constant motion of the fixed stars as well as the sun and the moon across the sky. These ancient Mesopotamian astronomers were meticulous in their observation of the heavens and were able to compound star charts that would predict the return of the fixed stars to their exact locations year after year, and would chart the eclipses of the moon and of the sun and the motion of the planets with regard to these fixed stars. And that is incompatible with the modern assumption that the ancient Mesopotamians thought of the heavens as a dome-like structure with the stars embodied in the dome. Such a dome could not move if it were resting on the Earth, and yet they did observe the stars to move across the sky. Moreover, in the ancient texts called the astrolabes (which are these ancient Babylonian astronomical texts), they described the motion of the planets which they called bibbu, or wild sheep, because of the way they would wander in contradiction to the fixed stars. They knew the planets Mercury, Venus, Mars, Jupiter, and Saturn from their observations, and they noticed that these stars moved with a kind of zig-zag motion across the heavens and across the paths of the fixed stars. So you couldn't possibly have a dome – even a revolving dome – in which these things were moving across our visual horizon because it would be impossible for the planets to move back and forth across the paths of the fixed stars in that way. So these ancient Babylonian texts just explode the idea that these ancient thinkers believed that there was a solid dome over the Earth in which the stars were inscribed.

In his blog, Alex says that when he,

attended a Christian private school, we were taught that scientists in ancient times were the ones who thought Earth was flat . . . . (Nevermind that science did not exist then.)

He's wrong on both counts. It was ancient science that taught that the stars and the planets move and they did not believe in a kind of fixed dome resting on the horizon over the Earth. And science most certainly did exist. Ancient Babylonian mathematics and astronomy were the origins of science. Francesca Rochberg is a philosopher and historian of science at the University of California Irvine, and she points out in her book The Heavenly Writing that Babylonian astronomy did not rely upon or even make use of geometrical models for the motion of a celestial body around the Earth. I quote:

The lack of an explicit cosmological model within which Babylonian astronomical theory was to fit was of no consequence in view of the fact that the predictions did not derive from a geometrical conception that attempted to make causal sense of the phenomena, but rather depended on period relations [that is to say, the times during which the stars would return to their former positions] whose purpose was to enable the computation of phenomena [to predict celestial phenomena like eclipses] either forward or backward in time in an instrumental way.[2]

In other words, ancient Babylonian astronomy was purely instrumentalist in its orientation. It only focused on making accurate predictions. It didn't have a physical model of the cosmos or of the heavens. There was no part of it. In fact, Rochberg has expanded on this theme in her more recent book Before Nature in which she points out that the Babylonians used two very different systems of calculating the celestial motions both of which cannot be true. They are both effective in yielding correct predictions, but they are completely different systems so that they have no physical significance whatsoever. Babylonian astronomy wasn't a physical interpretation of the way the world was.

Now, I could imagine someone responding to this by saying, Well, all right, so the ancient Babylonian astronomers and scientists didn't believe in the fixed dome over the Earth, but maybe the mythological texts believed in such a thing. Maybe myth held to the sort of fixed dome. But that's a naive bifurcation between myth and science in the ancient world. In ancient Babylon religion and science were not neatly bifurcated into two separate fields. Rather, they infused each other. For example, in the famous Enuma Elish, one of the most famous mythological texts of ancient Babylon, Marduk (the chief god) organizes the stars, the planets, the constellations into the same patterns that are described in the astronomical astrolabes. So the ancient Mesopotamians were already in their myths employing scientific notions. Moreover, their scientific notions were motivated by religious desires. They were obsessed with divination. In the ancient world, divination was a lucrative and thriving industry, and the reading of the signs in the heavens and the constellations was enormously important. So the purpose of the so-called heavenly writing in the stars was to discern the will of the gods. So the interpenetration of science (or astronomy) and mythology in the ancient world prevents us from trying to draw a neat dichotomy between them. The fact is that they were the same sort of exploration.

That's just Mesopotamia. I could say exactly the same thing with regard to ancient Egyptian mythology, but I'll just skip over that. Let me quote from a pair of scholars with regard to the way in which the people in the ancient world understood the cosmos. This is from Othmar Keel and Silvia Schroer. They say,

People in the ancient Near East did not conceive of the earth as a disk floating on water with the firmament inverted over it like a bell jar, with the stars hanging from it. They knew from observation and experience with handicrafts that the lifting capacity of water is limited and the gigantic vaults generate gigantic problems in terms of their ability to carry dead weight. The textbook images that keep being reprinted of "the ancient Near Eastern world picture" [such as Alex reprints in this very blog] are based on typical modern misunderstandings that fail to take into account the religious components of ancient Near Eastern conceptions and representations.

KEVIN HARRIS: So in conclusion today, when someone brings up some of the verses in the Old Testament that talk about the firmament, is our approach saying, Look, they didn't even think that, and here's why, and recount some of the evidence that you've just given? Or do you just say, Look, that was written in poetic form, and we're talking about poetry here.