Why the Kalam Cosmological Argument? 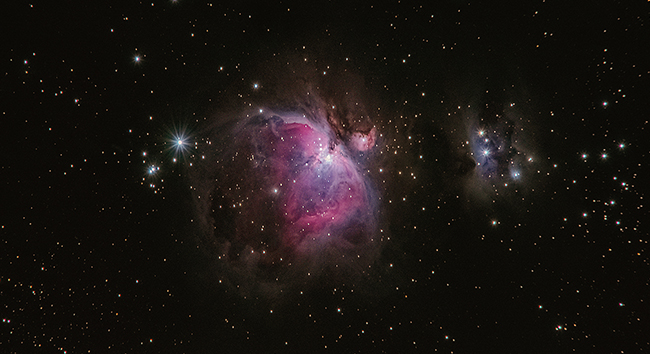 Dr. Craig answers a question on why he likes the Kalam Argument best. As well, he receives questions on an infinite regress and the Gospel of Luke.

KEVIN HARRIS: Welcome back to Reasonable Faith with Dr. William Lane Craig. Hey! It’s Kevin Harris. We are going to continue to look at questions from all over the world today. I want to remind you that at the airing of this podcast we are coming close to the end of the year. If you’d like to bless this ministry with a gift, please do so. Keep us going strong in 2020 spreading the good news of Jesus Christ all over the world and engaging minds of all who listen. Go to ReasonableFaith.org, click on “Donate” and thanks so much! Now let’s continue looking at some great questions for Dr. Craig on today’s podcast.

Bill, let’s keep you in the hot seat and keep asking you questions because we’ve got some from all over. These questions interact with your work, with Questions of the Week, the website, and your books. From the United States, Parker says:

First of all, I just wanted to say how useful your ministry has been to me in the development of my faith. I'm very grateful for all the great work you've done. My question revolves around the nature of the cause of the universe. Accepting that there cannot be an infinite regress of temporal causes we can conclude that the past must be finite and the universe has a beginning. So accepting the first two premises of the Kalam we conclude that the universe has a cause. Upon further examination we can say that whatever caused the universe or all physical reality is eternal and exists by necessity. However, could one object by saying that the cause of all physical reality is not one necessary being or prime mover but an infinite regress of simultaneous causes? I understand that an infinite regress of temporal causes is impossible but is it incoherent to posit an infinity of causes that are simultaneous such as an infinite number of minds contingent on one another that exist outside of physical reality and cause it to exist, as opposed to one necessary being?

DR. CRAIG: What Parker is imagining is that there could be a sort of timeless stack of causes like an unending stack of pancakes, so to speak, that would exist timelessly and regress infinitely. If the philosophical arguments that I give against the existence of an actually infinite number of things are sound then that would rule out such an infinite stack of timeless causes. Moreover, Alexander Pruss has just released a book called Infinity, Causation, and Paradox which I think is probably the most important modern book written on the Kalam cosmological argument. It is a tour de force. Parts of it are so mathematically complex that you would need to be a trained mathematician to understand them. But in the second chapter of that book, Pruss presents arguments against infinite regresses regardless of their order, whether they are chronologically ordered or whether they are timelessly ordered in the sort of stack that we imagined and gives arguments to say that this sort of infinite regress is impossible. So I would commend the second chapter of Pruss’ book to Parker. Finally, I would note that Occam's razor, I think, would shave away any additional causes. Occam's razor says that we're justified in postulating only those causes which are necessary to explain the effect. Beyond that we are not justified in postulating further causes. In other words, do not multiply causes beyond necessity. And one timeless, creative cause is sufficient to explain the origin of the universe, and Occam's razor therefore will simply shave away any more.

KEVIN HARRIS: Next question from the United States. Grant says,

Hi, Dr. Craig. I've been following your writings and debates for a few years now and I'm a big fan. I'm writing to ask you why you seem to place so much emphasis on the Kalam cosmological argument in arguing for God's existence in comparison to other types of cosmological argument. For instance, Aquinas’ argument from efficient causation or various formulations of the contingency argument seem to be completely immune to squabbles about the nature of time or assertions that the universe is eternal in spite of evidence to the contrary. Is it simply that the Kalam is easier to explain in a limited period of time to a debate audience? Or is there something about these other types of arguments that you find to be lacking? Thanks for indulging my curiosity.

Hey, Dr. Craig. I was wondering something about the cosmological argument and haven't found a suitable answer for my question thus far. It is often espoused that if the conclusion “the universe began to exist” is correct, it would lead to a spaceless, timeless, immaterial, personal, etc. creator of the universe. From what I've seen, the reasoning is usually that whatever creates time, space, and matter must be outside of or not made of space or matter. But would this not also be true of many other things in our universe like minds or energy? Could we not say that whatever created mind couldn't have been a mind? Is it just a case of necessity versus contingency? I hope that makes sense.

KEVIN HARRIS: OK. Next question from the UK.

Hello, Dr. Craig. In your recent excellent podcast you assent to the view that Luke used the Gospel of Mark as a source for his (Luke's) own Gospel. However, Luke declares in 1:1, In as much as many have undertaken to compile an account it seemed good to me also. The word for “undertaken” here implies previous non-success in its other uses. Acts 9:29, but they were attempting to put him to death, and Acts 19:13, some of the Jewish exorcists attempted to name over those who had the evil spirits the name of the Lord Jesus. Using this internal criteria, does this not imply that Luke was the first Gospel, and if you disagree what do you think of the arguments against such a position?

DR. CRAIG: I don't think that you can use the way the word “undertaken” might be used in other places to imply non-success. Luke is simply saying that he is aware that there are other Gospels that have been written. Insofar as his word choice might be taken to imply a deficiency in these other accounts, it's interesting that what Luke says is that, Inasmuch as many others have undertaken to write an account of what's transpired among us, I, too, have attempted to write an orderly account for you, most excellent Theophilus. It has made me wonder whether or not Luke might have known Matthew's Gospel. Because Matthew's Gospel lumps different episodes in Jesus’ life together thematically rather than chronologically. It made me wonder whether Luke might not have found this rather disorderly and so he wants to write a more orderly account in his Gospel. So far from implying that Luke is the first Gospel, it would suggest that there were prior Gospels to Luke which he's used, and it could even include the Gospel of Matthew. Robert Gundry, a very fine New Testament scholar, has shown that many Matthean peculiarities (that is to say, vocabulary that is unique to Matthew) get reproduced in Luke which suggests that in fact Luke and Matthew were not simply independently using Mark but that Matthew may have used Mark, and Luke used Matthew as well as Mark, and hence you have these Matthean peculiarities appearing in Luke. Now, I’m not in a position to endorse that view, but I think it’s certainly possible and intriguing.

KEVIN HARRIS: OK, let’s stop right there. We’ll pick it up next time. We’ve got more questions from all over the world right here on Reasonable Faith with Dr. William Lane Craig.[1]