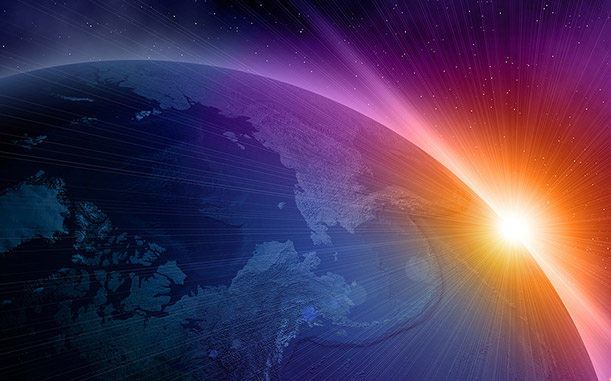 Last time we completed our discussion about the nature of angels. And I think our discussion last time highlights an important hermeneutical point – namely, it reminds us that in interpreting various biblical passages, context is all important. It is not enough just to read your favorite interpretation into a passage. You need to look at the context for clues as to how to interpret it. So, for example, in the passage about Michael disputing with Satan[1], I think there are quite a number of clues there that indicate that what we have here are a different hierarchy of ranks. Jude and 2 Peter[2] are rebuking people who despise authority and who are not afraid to revile the glorious ones in contrast to the angel Michael who did not presume (again, notice that word) to give a reviling judgment to Satan. So, look to the context as you try to interpret a passage. That will be the key.

Let’s talk a little bit about the work of angels.

First of all, angels seem to guide the destiny of nations. In the book of Daniel, it appears that there are angels which are peculiarly linked to various nations and influence those nations. In Daniel 10:13-20, this is the angel speaking to Daniel,

“The prince of the kingdom of Persia withstood me twenty-one days; but Michael, one of the chief princes, came to help me, so I left him there with the prince of the kingdom of Persia and came to make you understand what is to befall your people in the latter days. For the vision is for days yet to come.” When he had spoken to me according to these words, I turned my face toward the ground and was dumb. And behold, one in the likeness of the sons of men touched my lips; then I opened my mouth and spoke. I said to him who stood before me, “O my lord, by reason of the vision pains have come upon me, and I retain no strength. How can my lord's servant talk with my lord? For now no strength remains in me, and no breath is left in me.” Again one having the appearance of a man touched me and strengthened me. And he said, “O man greatly beloved, fear not, peace be with you; be strong and of good courage.” And when he spoke to me, I was strengthened and said, “Let my lord speak, for you have strengthened me.” Then he said, “Do you know why I have come to you? But now I will return to fight against the prince of Persia; and when I am through with him, lo, the prince of Greece will come.”

Secondly, the angels minister to the people of God. Hebrews 1:14, which we’ve read before, the author asks, “Are they not all ministering spirits sent forth to serve, for the sake of those who are to obtain salvation?” That is us – that is the church. Angels are ministering spirits which are meant to serve the people of God. 1 Kings 19:5-8 gives an illustration.[3] This is Elijah’s fleeing. It says,

And he lay down and slept under a broom tree; and behold, an angel touched him, and said to him, “Arise and eat.” And he looked, and behold, there was at his head a cake baked on hot stones and a jar of water. And he ate and drank, and lay down again. And the angel of the LORD came again a second time, and touched him, and said, “Arise and eat, else the journey will be too great for you.” And he arose, and ate and drank, and went in the strength of that food forty days and forty nights to Horeb the mount of God.

Here the angel ministers to Elijah in the very practical way of providing him with food and drink. The same thing happened in the life of Jesus. Matthew 4:11. This incident comes upon the end of the temptations of Jesus in the wilderness where he has fasted for forty days and forty nights. In Matthew 4:11, it says, “The devil left him, and behold, angels came and ministered to him.” The word “ministered” there is typically used as “to serve drink and food.” It is what a servant does at tables. So, in the same way that Elijah was ministered to by the angel, so Jesus, having fasted for forty days and forty nights and been tempted by the devil, is ministered to by angels. Then in Luke 22:43, we have the story of Jesus praying in the Garden of Gethsemane in which an angel ministers to him. This may not be in your text; it may be in the footnotes to your text because this appears in certain ancient manuscript traditions which are very likely authentic and actually should be part of the Gospel of Luke. It says in Luke 22:43, “And there appeared to him an angel from heaven, strengthening him. And being in an agony he prayed more earnestly; and his sweat became like great drops of blood falling down to the ground.” There you have again the angel ministering to Jesus in the time of his greatest need in the Garden as he was facing the cross. Psalm 91:9-12 gives a general promise:

Because you have made the LORD your refuge, the Most High your habitation, no evil shall befall you, no scourge come near your tent. For he will give his angels charge of you to guard you in all your ways. On their hands they will bear you up, lest you dash your foot against a stone.

So here the angels are protecting the people of God, perhaps from spiritual warfare from these demonic beings that would seek to do us harm.

Thirdly, the angels execute God’s justice. We see an illustration of this in 2 Kings 19:35, “And that night the angel of the LORD went forth, and slew a hundred and eighty-five thousand in the camp of the Assyrians; and when men arose early in the morning, behold, these were all dead bodies.” Here God metes out his destruction upon these enemies of Israel, not immediately, but through the process of this destroying angel. In the New Testament, you have an example in Acts 12:23. This is the death of Herod. Acts 12:21-23 says,

On an appointed day Herod put on his royal robes, took his seat upon the throne, and made an oration to them. And the people shouted, “The voice of a god, and not of man!” Immediately an angel of the Lord smote him, because he did not give God the glory; and he was eaten by worms and died.

So that would be another example of God’s justice being meted out upon the enemies of God’s people.[4] 2 Thessalonians 1:7-8 speak of the final judgment which will be involving angels. Paul is speaking here of the righteous judgment of God and he says God will “grant rest with us to you who are afflicted, when the Lord Jesus is revealed from heaven with his mighty angels in flaming fire, inflicting vengeance upon those who do not know God and upon those who do not obey the gospel of our Lord Jesus.” Here the angels will be involved in the second coming of Christ and his meting out judgment upon those who do not believe the Gospel and reject God. Finally, Revelation 16:1 says, “Then I heard a loud voice from the temple telling the seven angels, ‘Go and pour out on the earth the seven bowls of the wrath of God.’” Then it describes how the first angel, the second angel, and the third angel each went out and poured out these bowls of God’s wrath which are symbolic of God’s judgment upon the earth. So the angels are the instruments of God’s justice and judgment upon unbelief.

Immediately after the tribulation of those days the sun will be darkened, and the moon will not give its light, and the stars will fall from heaven, and the powers of the heavens will be shaken; then will appear the sign of the Son of man in heaven, and then all the tribes of the earth will mourn, and they will see the Son of man coming on the clouds of heaven with power and great glory; and he will send out his angels with a loud trumpet call, and they will gather his elect from the four winds, from one end of heaven to the other.

Here the angels at the return of Christ go out and gather the living Christians at the time of Christ’s return into the new kingdom. Turn over to Matthew 25:31 which says, “When the Son of man comes in his glory, and all the angels with him, then he will sit on his glorious throne.” So that, again, describes the angels who will accompany Christ at the time of his return. 1 Thessalonians 4:14-17 is Paul’s disquisition on this. Paul says,

For since we believe that Jesus died and rose again, even so, through Jesus, God will bring with him those who have fallen asleep. For this we declare to you by the word of the Lord, that we who are alive, who are left until the coming of the Lord, shall not precede those who have fallen asleep. For the Lord himself will descend from heaven with a cry of command, with the archangel’s call, and with the sound of the trumpet of God. And the dead in Christ will rise first; then we who are alive, who are left, shall be caught up together with them in the clouds to meet the Lord in the air; and so we shall always be with the Lord.

Notice here it is not simply that the angels gather the elect who are living at the time of Christ but he says those who have already died in Christ – who have fallen asleep – they will precede us in being gathered into the kingdom with Christ.[5] The Lord will come with the archangel’s call and with the dead in Christ and then those who are alive shall be transformed and ushered into the kingdom. Similarly, 2 Thessalonians 1:7-8, just to read this verse again, he says that God will “grant rest with us to you who are afflicted, when the Lord Jesus is revealed from heaven with his mighty angels in flaming fire, inflicting vengeance upon those who do not know God and upon those who do not obey the gospel of our Lord Jesus.” So that is just indication again of the involvement of angels at the time of the second coming of Christ and in this case meting out God’s justice upon unbelief.

That is some of the work of angels. What we will do next time is look more closely at two angels mentioned by name in both the Old and the New Testaments – namely, Gabriel and Michael. Then we will begin to look at this figure of Satan and try to understand him and the demons in relation to these angelic beings.[6]