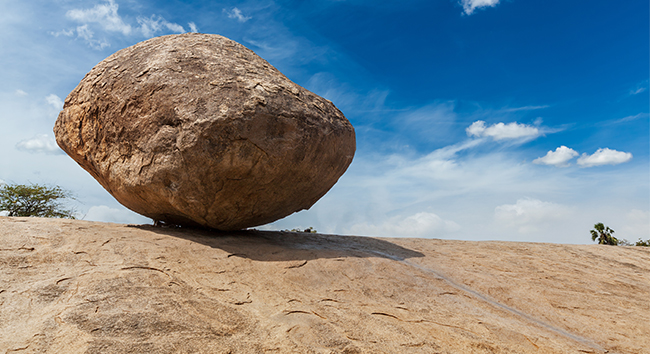 If you look up “God” in a dictionary, the first entry you will find will be something along the lines of “a being believed to be the infinitely perfect, wise and powerful creator and ruler of the universe.” Certainly, if applied to non-Western contexts, the definition would be puzzling, but in a Western context this is how philosophers have traditionally understood “God.” In fact, this conception of God is sometimes known as the “God of the Philosophers.”

Do you agree with that?

DR. CRAIG: Yes. I think that this is an acceptable working definition.

As a philosopher myself, I’d like to focus on a specific question: Does the idea of a morally perfect, all-powerful, all-knowing God make sense? Does it hold together when we examine it logically?

The way out of this dilemma is usually to argue, as Saint Thomas Aquinas did, that God cannot do self-contradictory things. Thus, God cannot lift what is by definition “unliftable,” just as He cannot “create a square circle” or get divorced (since He is not married). God can only do that which is logically possible.

DR. CRAIG: The idea here is the notion of a stone too heavy for God to lift is an incoherent idea. It really isn't a thing at all. It's just a incoherent combination of words, and therefore no inhibition upon divine omnipotence.

KEVIN HARRIS: When I see this, I go, yeah, that’s a way out of the dilemma. That’s the answer right there. So I’m curious as to what he is going to say about this. This is what he says,

Not all philosophers agree with Aquinas. René Descartes, for example, believed that God could do absolutely anything, even the logically impossible, such as draw a round square.

DR. CRAIG: Descartes held to what is sometimes called universal possibilism. That is to say, that God can decide what is possible and necessary and therefore can do anything. So for Descartes it is a result of God's free choice that square circles are impossible. But Descartes is a very lonely voice in the history of Christian theology and philosophy in thinking that God's omnipotence encompasses the logically incoherent. Note, however, that if you do adopt this Cartesian view then there's no problem at all with the coherence of theism because if something is logically incoherent, well, God can do that! So what's the problem? Pointing to Descartes here as an answer to Aquinas really doesn't get him any mileage at all because on Decartes’ view logical incoherences are just not even a problem.

But even if we accept, for the sake of argument, Aquinas’ explanation, there are other problems to contend with.

DR. CRAIG: OK. Notice what happened. He is going to accept Aquinas’ solution, but he is going to walk it back now and say, A-ha! But there is a different problem. So already we are seeing the goalposts move.

For example, can God create a world in which evil does not exist? This does appear to be logically possible. Presumably God could have created such a world without contradiction. It evidently would be a world very different from the one we currently inhabit, but a possible world all the same. Indeed, if God is morally perfect, it is difficult to see why he wouldn’t have created such a world. So why didn’t He?

DR. CRAIG: Here he is stating a very elementary statement of the classical problem of evil which claims that the evil in the world is logically incompatible with God’s existence. Theists have traditionally responded to this by saying certainly a world without moral evil is possible, even a world of free creatures who always choose to do the right thing, is logically possible, but it may not be feasible for God because creatures, through their own free choices, are co-actualizers of the world. They determine what world will be actual by their own choices, and it may be that though logically possible a world in which there is as much moral good as this world but with less moral evil may not be feasible for God.

KEVIN HARRIS: He goes on to quote Alvin Plantinga. He says,

DR. CRAIG: So Plantinga’s free will defense states exactly what I just explained. While it may be logically possible for there to be worlds of free creatures who always do the right thing, such a world may not be feasible for God to create given the truths about how creatures would freely choose in different situations.

However, this does not explain so-called physical evil (suffering) caused by nonhuman causes (famines, earthquakes, etc.). Nor does it explain, as Charles Darwin noticed, why there should be so much pain and suffering among the animal kingdom.

DR. CRAIG: Here he walks back the argument again just as he did before. He now recognizes Plantinga’s free will defense is adequate as a solution to the problem of moral evil, but he moves the goalposts again and says, A-ha! Now what about the problem of natural evil? In my own work on this problem what I've argued is that the atheist would have to prove that it is either impossible or highly improbable that God could have morally sufficient reasons for permitting the natural evil and suffering in the world. And those kind of probability judgments are simply beyond the scope of our abilities. So this argument lays a burden of proof on the atheist’s shoulders that is so heavy that no atheist has ever been able to sustain it.

KEVIN HARRIS: He calls this physical evil; you call it natural evil.

What about God’s infinite knowledge — His omniscience? Philosophically, this presents us with no less of a conundrum. Leaving aside the highly implausible idea that God knows all the facts in the universe, no matter how trivial or useless (Saint Jerome thought it was beneath the dignity of God to concern Himself with such base questions as how many fleas are born or die every moment) . . .

I want to stop right there. Did he really say that?

DR. CRAIG: Oh, I have no idea. But it is pure rhetoric here where he says, “Leaving aside the highly implausible idea” and then he mentions this idea. Wait a minute! He hasn't shown this to be highly implausible. I see no implausibility whatsoever in saying that for every true proposition P, God believes that P and does not believe not-P. That's entailed by omniscience, and I see absolutely no reason to think that this is highly implausible.

If God knows all there is to know, then He knows at least as much as we know. But if He knows what we know, then this would appear to detract from His perfection. Why?

There are some things that we know that, if they were also known to God, would automatically make Him a sinner, which of course is in contradiction with the concept of God. As the late American philosopher Michael Martin has already pointed out, if God knows all that is knowable, then God must know things that we do, like lust and envy. But one cannot know lust and envy unless one has experienced them. But to have had feelings of lust and envy is to have sinned, in which case God cannot be morally perfect.

KEVIN HARRIS: Atterton just goes on next to give another example. Malice.

DR. CRAIG: Exactly. I have to say the remainder of the article then doesn't contribute anything more. He's just hung up on finding other examples of non-propositional knowledge that cannot be ascribed to God like feeling malice, for example. But no one thinks that omniscience entails that kind of non-propositional knowledge. He has simply misunderstood the classic doctrine of omniscience.[3]