Media > Reasonable Faith Podcast > I Didn’t Ask To Be Born

I Didn't Ask To Be Born 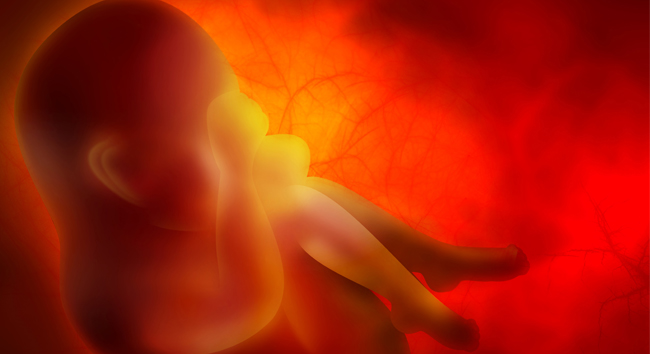 Is it fair to be "thrust into existence"?

Transcript I Didn't Ask To Be Born

Kevin Harris: Dr. Craig, we’re going to look at some questions on various topics that we get here at Reasonable Faith. This one says,

Hello Dr. Craig. First I would like to just express my appreciation for this great ministry. Eight years ago I was born again and filled with the Spirit of God, and I was pre-law which developed into a philosophy major. Philosophy gave me the questions humanity had been asking for thousands of years. I was called into the ministry. From the street to the churches to the jails, this ministry of apologetics has been pertinent to the Great Commission. You have articulated and formulated so much of what I never learned in school and have inspired me to seek out these great truths further. Thank you. My question: on the cosmological argument we contend that an uncaused cause must precede the Big Bang. However the Hartle-Hawking state posits that near the beginning of the universe, white hole, time would slow down to nothing within this singularity. It seems that this would cause a problem for the uncaused cause arguments as beginnings are time oriented entities, and that without time causal relations would be impossible as cause and effect exist in and are essentially concepts of time. How can we posit a cause for the universe if time – which makes cause and effect possible – did not exist initially? Thank you.

Now, Bill, you’ve done a lot of work on this but I just got to tell you, it’s one of those things we need to repeat because this does come up quite often; how any kind of a cause and effect can be timeless when it requires time for the transaction and all these things like that.

Dr. Craig: Right. The reader is referring to the Hartle-Hawking model which has been popularized by Stephen Hawking in his books A Brief History of Time and The Grand Design. Now, in this model there is no initial singularity, as the questioner states; that’s a misunderstanding. In the standard model, as you go into the past spacetime shrinks down to a singular point. That is the boundary of spacetime rather like the point is the boundary of a cone. You can’t extend the cone any further through its point; that’s a boundary point. But in the Hartle-Hawking model as you go back in time the point of the cone is rounded off so that the initial part of the universe is rather like a badminton birdie. Instead of going back to a sharp point it’s rounded off into a sort of southern hemisphere. In The Grand Design Hawking says you can interpret the lines of latitude, as it were, on this southern hemisphere as going back in time until you get to the south pole, and the south pole, he says, represents the beginning of time. So on this interpretation of the model there just isn’t any difficulty at all. The model describes a universe which is finite in the past, and time goes right back to the initial beginning of the universe. There is no singular state at which the laws break down, there is no boundary point, but the south pole would represent the point of spacetime at which the universe begins to exist.

Dr. Craig, in what way is it justifiable for a single person to suffer hell when that person could ultimately say, “When did I ask to be born? I didn’t choose to be born. When did I choose this responsibility?” or “I don’t want to have lived,” as in, not suffer hell or enjoy heaven, just never have existed. Is it fair that we never were given that option?[1]

Dr. Craig: We certainly were not given that option, and I remember as a non-Christian, Kevin, feeling bitterly the fact that I existed, and I never asked to be born, I never asked to have this responsibility. And this is a phenomenon or an existential experience which philosophers like Martin Heidegger have called being thrust into existence, the thrustness of our being. We didn’t ask to be born, we didn’t ask to be here, but we find ourselves thrust into existence, and now we must manage.

Kevin Harris: You mean somebody before the twenty-first century actually thought about this? [laughter]

Kevin Harris: Thrust into existence– that’s a good way to put it.

Dr. Craig: Yes, well, and we are; we are that way. But when you think about it, it could be no other way. It’s incoherent to say that we could be given the option to exist because if we are given the option to choose then we already exist – right? – so it’s logically impossible to give someone the option whether or not he wants to come into being. So it’s up to God; God is the one who chooses whom to create, whom to thrust into existence, and this is not unfair because this is a tremendous gift – the gift of existence, the gift of life. It is a tremendous blessing to exist, and to find the fulfillment of that existence in relationship with the infinite God, the paradigm of absolute goodness and love. It is what we were made for. The tragedy, Kevin, is that so many find themselves, given this gift of existence, existence is bestowed upon them, and then they squander it by ignoring God’s drawing and conviction to come to him and come to know him. They thrust life from them by holding God at arm’s length. And for them existence becomes a curse when, in fact, it was a tremendous blessing and ought to be a tremendous blessing, if they will only receive it.

Kevin Harris: That is profound.

Dr. Craig: After you exist you could be given the choice: do you want to continue to exist? But that’s not what this reader is asking about. He’s asking about: why did I exist at all? And he’s quite right.

Kevin Harris: Why was I thrust into existence?

Dr. Craig: Yeah – why was I thrust into existence? – and that’s the providence of God, that’s the sovereignty of God. He chose whom to create, and what we can tell this reader is that God loves you, he has given a tremendous gift to you. Don’t waste it. Come to know God. Find all that you were created to have for eternity. And you will come to find this to be the greatest gift possible: the gift of being.

Kevin Harris: I have a very scholarly answer to this question, Bill. When somebody says, “I didn’t ask to be born,” I say, “Yeah, and if we took a vote, who’d want ya!” [laughter] So anyway, it is a serious question.

Dr. Craig, there are many instances of people claiming that God has spoken to them and even ordered them to do something. How does one know it is actually God speaking to them? How can you argue this with the Muslim point of view that Allah tells them to wage war against all non-believers?

Dr. Craig: I have to say, Kevin, I don’t know how one would know that God is speaking to you. I have never had this sort of experience in the way that I hear Christians sometimes describe. I get the impression that some Christians have just adopted this way of speaking, as a sort of façon de parler, just a way of speaking, saying, “I felt like I should do this.” They’ll say, “God told me to go to the grocery store that day and do this or that,” or, “God led me to speak to my neighbor,” and what they really mean by that is just “I felt inclined to do that.” Certainly I feel inclined to do things for the Lord and for others but I wouldn’t characterize it – and I don’t characterize it – as saying “God spoke to me and told me to do this or that.” I think that that’s a misleading way of speaking, and you would have to be very, very sure to know that God is actually speaking to you in order to be justified in using that kind of language, I think.[2]

Kevin Harris: And there would be a difference between normative experience of God and normative spiritual disciplines in walking with the Lord, and this would, it seems to me, would fall into, you know, if God were to give you the special revelation it would definitely be non-normative, it wouldn't be something, as you say, would turn the universe into a haunted house.

Kevin Harris: But we talk as if it is.

Dr. Craig: Well, some people do.

Kevin Harris: And you’re just saying that it’s just a way of speaking.

Dr. Craig: I think for many Christians it is just a way of speaking. Others mean it seriously, but I don’t use that kind of language myself.

Kevin Harris: And once more, he says, how can you argue this with, perhaps, a Muslim who says that Allah tells them to wage war against all the unbelievers. Anybody can claim God told them to do something.

Dr. Craig: Sure, anyone can claim a private experience of God, and I would argue with the Muslim, first and foremost, that he’s got the wrong God; that in fact Allah does not exist and therefore he can’t have told him to do these things. And there one would be involved in the whole apologetic task of showing why you think that Christianity is true rather than Islam. Moreover, if some Christian claimed that God had told him to do something that was contrary to the moral law of God, contrary to Scripture, I would, again, be very, very skeptical because I would think that he would need an experience like Abraham’s in order to justify doing something that was contrary to God’s revealed truth in Scripture, like “thou shalt not kill.”

Kevin Harris: Oh, one more quick question. We just this in: “Dr. Craig, if you’re traveling in a vehicle at the speed of light and you reach down and turn your headlights on, would anything happen? [laughter][3]