Is the Multiverse Dead? 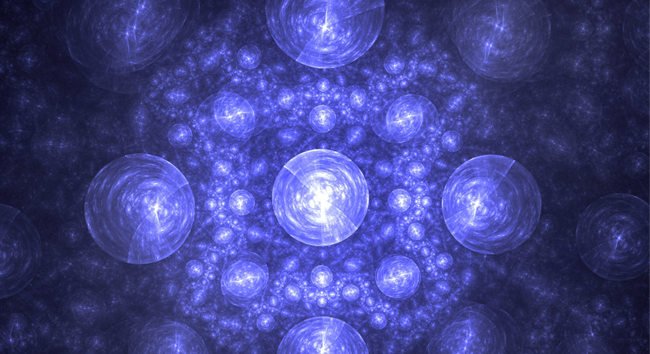 Dr. Craig comments on a controversial radio show featuring Jeff Zweerink and "Skydive Phil" on the 'multiverse' and fine-tuning arguments.

Transcript Is the Multiverse Dead?

KEVIN HARRIS: You know, I was wondering – if there is a multiverse then maybe one dollar is actually two dollars in the next universe, and then if you keep adding the universes you keep adding dollars, and if there’s an infinite number of universes then you have an actual infinite number of dollars in your bank account. I was trying to figure out how I could cash that in. But at any rate, welcome to Reasonable Faith with Dr. William Lane Craig. I’m Kevin Harris. We are going to get into some really good cosmology today. Some good philosophy. The multiverse. And much more. A little controversy as well today.

While a multiverse may not actually multiply your money, we do have in place right now a matching grant. You don’t have a whole lot of time left. Anything you give to Reasonable Faith financially will be doubled thanks to a generous donor. This is only going on to the end of the year, so make it count now. Thanks to a generous donor, your gift is doubled all the way up to $250,000 so $10 becomes $20, $20 becomes $40, $100 becomes $200. You can make that happen for Reasonable Faith right now. We certainly appreciate it. You can get more info when you go to ReasonableFaith.org. Thanks so much for blessing the ministry of Reasonable Faith.

Dr. Craig, when we’re considering fine-tuning arguments the multiverse comes up from time to time. It certainly came up on Justin Brierley’s show a while back with Jeff Zweerink of Reasons to Believe. People had to stop and replay it because they thought that he was saying something that perhaps he wasn’t saying: that we don’t have a fine-tuning argument right now.

DR. CRAIG: This was an interesting interview that featured our old pal Skydive Phil who was on the show with Jeff Zweerink. A number of people, I think, were troubled by some of the things that Jeff seemed to concede. In fact, this prompted Justin Brierley to have a subsequent interview with Luke Barnes who is an Australian astrophysicist who has just published a brand new book on fine-tuning in which he deals with the multiverse scenarios. Anyone who’s interested in this fine-tuning argument and multiverse scenarios could not do better than reading Luke Barnes’ work. I got to know him when we were in Australia a couple of years ago on a speaking tour, and then a summer or so ago he and I were part of a team of faculty that taught a course on fine-tuning at the University of St. Thomas in St. Paul. I got to know him a little bit better. He has also served as an adviser on our animated video on the fine-tuning argument. As I listened to this interview with Skydive Phil and Jeff Zweerink, I have to say that I felt such pride in our little animated video on the fine-tuning argument because anybody who has digested the contents of that little animation (even though it’s on a high school level) would have the wherewithal to answer the allegations that are raised in this interview by Skydive Phil.[1]

KEVIN HARRIS: So was Jeff saying what a lot of people at first thought that he was saying about not having a fine-tuning argument?

DR. CRAIG: No, not at all. When you listen to the interview carefully a very different impression emerges than what one might have at face value. One gets the impression that Skydive Phil is a champion of the existence of the multiverse and that this is the explanation of fine-tuning and that Jeff Zweerink collapses in the face of the multiverse hypothesis and admits we don’t have a good fine-tuning argument anymore which would be pretty remarkable for a speaker for Reasons to Believe, Hugh Ross’s organization, which has built its reputation on the fine-tuning argument. If you listen more closely what you find out is that Skydive Phil is actually more skeptical of the existence of the multiverse than Jeff Zweerink is. Skydive Phil doesn’t believe that there is a multiverse. He’s agnostic about it. What he says in the interview is I’m just saying that the evidence is better than some people think. And the people that he’s talking about are those who say there’s no evidence for the multiverse. So to say that the evidence is better than no evidence is making a very modest claim.[2]

KEVIN HARRIS: What I would ask is: how do fine-tuning arguments survive a multiverse then? Why doesn’t it obliterate it?

DR. CRAIG: In the little animated video we offer three criticisms of the multiverse hypothesis as an explanation of fine-tuning.

In fact, it’s interesting. What Skydive Phil appeals to in this interview is eternal inflationary models of the universe where the universe has from eternity past been going through a succession of formation of bubbles of true vacuum inside this expanding false vacuum. The problem with that is that the Borde-Guth-Vilenkin theorem rules out eternal inflation. That’s what the Borde-Guth-Vilenkin theorem was directed against. The question is not, as Skydive Phil says, “was there something prior to the Big Bang?” The question is whether the universe is past eternal. Can you extend it to past infinity? As Vilenkin says, and I quote (this is from 2012), “There are no models at this time that provide a satisfactory model for a universe without a beginning.” He says, “None of these scenarios can actually be past-eternal.”[3] So it’s not enough just to say there’s something prior to the Big Bang or to say there’s a multiverse. You need to have a past-eternal universe to avoid the beginning, and you need to have a multiverse of a very special kind. And merely appealing to inflationary models of the universe doesn’t do that. As Barnes points out in his subsequent interview with Justin Brierley, there’s a huge jump here to move from saying there was an era of inflationary expansion in the early universe to saying that there is an inflationary multiverse. That’s the first point when one says there’s no evidence for a multiverse. One means a multiverse that would explain away the fine-tuning.

The second point that the animated video makes is that the multiverse hypothesis itself seems to require fine-tuning. So one hasn’t eliminated the problem; you just kicked it upstairs. Now you’ve got the fine-tuning of the multiverse to explain. For example, Barnes points out in his interview that there must be specific initial conditions assumed and some of these are definitely special. Robin Collins, who is the philosopher who has done the best work on the fine-tuning model, points out that this initial field that causes inflation seems to require fine tuning.[4] This is what Collins says,

Specifically it is clear that the inflaton field must have the right properties and obey the right laws in order for inflation to occur. Besides the special laws and initial conditions required by inflation, inflationary cosmology runs into a major problem in explaining the low entropy of the universe.[5]

So the second point is that the multiverse itself may require fine-tuning and therefore hasn’t successfully eliminated the need for a cosmic designer.

The third point that the animated video makes is the famous Boltzmann Brain problem, and that is that observable worlds in this World Ensemble of randomly ordered universes in which just a single brain exists with illusions of a wider reality is far, far more probable than finely tuned universes. So if you throw a random dart at the World Ensemble of observable universes it is incomprehensibly more probable that you will hit a Boltzmann Brain world and not a finely-tuned world. This is the, I think, most serious problem with appealing to the multiverse to explain away fine-tuning. It doesn’t really explain it because it leaves you with this Boltzmann Brain problem.

KEVIN HARRIS: Jeff Zweerink has written a booklet called Who’s Afraid of the Multiverse? I haven’t read the book yet. Bill, I don’t know if you have. I have read some reviews on it from Apologetics 315. He lists scientific objections. He lists three main scientific evidences that currently stand against multiverse models. He said that’s not the only thing. There are philosophical difficulties with the multiverse, and then is it natural or designed? He goes on. Apparently he’s saying that there’s a lot of scientific evidence against it but we shouldn’t fear it as believers, which is implied by the title.

DR. CRAIG: No. In fact (and I’ll say something more about this later on) I think that the multiverse model is more probable on theism than it is on naturalism.

KEVIN HARRIS: I was trying to explain this to my mom and she goes, That sounds like a bigger God to me. [laughter]

DR. CRAIG: Yeah, the so-called B-theory of time. But if you believe temporal becoming is real then there’s simply no problem, and so Skydive Phil doesn’t answer the Boltzmann Brain problem for the multiverse where they are all real. Right? All of these universes are real and existent. He tries to simply say, nah, nah, nah, you got the same problem. But it’s clear that you don’t if you don’t have a tenseless theory of time.[6]

KEVIN HARRIS: Is the tenseless theory (the so-called B-theory) of time a majority position these days?

DR. CRAIG: Not among philosophers of time. I think probably among physicists who especially don’t reflect philosophically, it’s widely assumed. But among philosophers of time I would say that it’s about fifty-fifty. When I was working on this as my main research interest I made a sort of compilation of prominent A- versus B-theorists, and for every prominent B-theorist I could think of I could name two A-theorists who are of comparable prominence and importance in terms of their publications. So the philosophical community is very divided about this. The view of time and temporal becoming that is held to by the tensed theory is, I think, a fully plausible and respected position to hold.

I want to make two more points about this. Skydive Phil says the question here is the measure problem; that is to say, you can find probability measures that would make Boltzmann Brain worlds more improbable. The answer to that is: exactly right! You have to appeal to special probability measures in order to make these Boltzmann Brain worlds less probable. As Jeff Zweerink points out, that is not scientific. Luke Barnes points out the only way to get around the Boltzmann Brain problem is to posit special initial conditions. Robin Collins says, and I quote,

To eliminate the Boltzmann Brain problem it must either hypothesize special low entropy initial conditions across the multiverse or it must deny that the standard measure of statistical mechanics applies to the present state of the universe. The former alternative leaves inflationary cosmology with the problem of the fine-tuning of the initial conditions. The latter alternative, on the other hand, arguably undercuts the basis for statistical mechanics, and in any case eliminates the ability of inflation to make its arguments rigorous.[7]

So the burden here is really on the proponent of the multiverse hypothesis to justify adopting some non-standard measure of probability that would somehow make these Boltzmann Brain worlds more improbable.