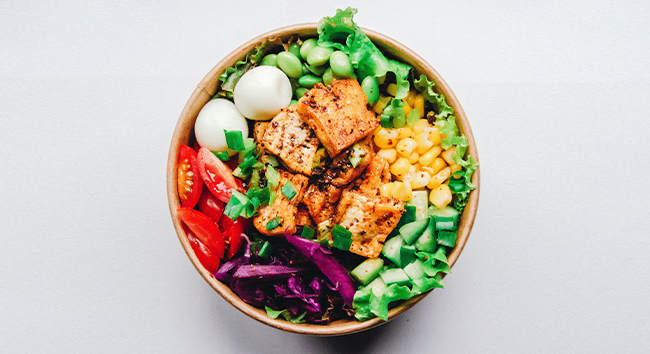 Dr. Craig is asked about the nature of in-house debates, causality, and a listener accuses him of "word salad"!

KEVIN HARRIS: This next question comes to us from Singapore. It says,

Dr. Craig often says that certain issues are in-house debates within the church – for example, biblical inerrancy. What are the criteria used to judge whether or not a debate is considered in-house? Dr. Craig has mentioned that he rejects the classical theistic view of God likening that view of God to more pantheistic Eastern religions. Given how radically different the two views of God are, why and how should this issue be considered an in-house debate?

DR. CRAIG: Before I address this question, let me say that what I reject is not so much the classical theistic view of God (which I adhere to); what I reject is the doctrine of divine simplicity as Thomas Aquinas enunciates and explains it. I do not think that a Thomistic doctrine of divine simplicity is correct. But that is hardly incumbent upon theists. In fact, that leads to the answer to the question. There are lots of Christian theists who do not hold to a Thomistic doctrine of divine simplicity. The line between salvation and damnation does not fall along that same line. What makes it an in-house issue is that it isn’t decisive for a person’s salvation. To be heretical, a view will have to be below the cutoff line of what is necessary to affirm in order to be a regenerate Christian – to be saved. So I think for most issues they tend to be in-house questions among people who are sincere regenerate Christians, and that would include things like debates over divine simplicity.

KEVIN HARRIS: And by the way, Romans chapter 14 addresses that. Paul says that there are disputable matters and we need to show charity to one another. From Matt in Brazil,

Dear Dr. Craig, Thank you so much for your amazing ministry. Your work has helped me and so many others see the Lord that the Lord gave his only beloved Son in order to make us his children as well. Now, the argument that convinced me that God is was the Kalam cosmological argument. This argument is pretty intuitive, especially the first premise. What I noticed is that this premise depends on the principle of proportionate causality (the PPC). This principle essentially says what is on the effect was in the cause either formally, virtually, or immanently.

DR. CRAIG: I want to immediately interrupt here and say I don't think that the first premise presupposes this principle at all. I certainly don't presuppose it. It's true that some people have argued that the cause of an effect in order to truly produce the effect must contain what is in the effect either, as he says, formally, virtually, or immanently. I simply see no reason to affirm this principle. It's certainly not a presupposition of the first premise of the Kalam cosmological argument.

This seems intuitive since if what the cause has was not also in the effect it would have to come from nothing which is impossible as you showed several times.

DR. CRAIG: I think he's misstated that. What he wants to say is if what the effect has was not also in the cause then it comes from nothing.

It also means that the first cause would need to have all perfections the universe has in at least the same degree they appear here since it's impossible to give what you don't have. This would sure help on showing the cause is God. Since a pretty well-read philosopher like you probably heard of this principle before (it's in the work like Dr. Edward Feser, for example), I ask why don't you mention this principle when arguing for the Kalam? It would sure help a lot. Thank you again, Dr. Craig.

DR. CRAIG: The reason I don't mention it is because it's not necessary. There's nothing in the argument that this principle plays a role in. At no point do I infer that the cause must possess immanently or actually what is in the effect. Instead we do an analysis of what it is to be a cause of the universe, and you can deduce a number of striking properties about this cause including that it is beginningless, timeless, spaceless, immaterial, changeless, enormously powerful, and I would argue personal. So those are properties that we can deduce from a conceptual analysis of the cause of the universe. But I don't use this principle to deduce attributes of the first cause. I'm not sure the principle is true, and therefore I don't employ it.

KEVIN HARRIS: If God were to create space then this principle requires that he has something of the element of space in himself.

DR. CRAIG: Yes, at least immanently. That's the weasel word here. What does it mean to be immanently spatial? Or imagine, say, you are making a hard-boiled egg and so you put the egg in the water and boil it and the egg turns hard. Does the boiling water have to have hardness immanently in it? And what does that even mean? So I just am not convinced of the truth of the principle and so I don't use it. But if he wants to use it, well, sure, go ahead.

In Reasonable Faith (3rd edition), Professor Craig mentioned briefly that Jesus had the authority to amend or overturn the Torah. Can you cite specific verses in support of that or point me to other extra-biblical support?

DR. CRAIG: One example would be the Sermon on the Mount, Matthew 5:31-32 where Jesus quotes the teaching of Moses concerning divorce: whoever divorces his wife let him give her a certificate of divorce. Jesus says, But I say to you that everyone who divorces his wife except on the ground of unchastity makes her an adulteress, and whoever marries a divorced woman commits adultery. Here Jesus says, Moses does not fully express the will of God with regard to this issue and so I am telling you what is in fact the case. This would be just one case where Jesus is asserting on his own authority to know the mind of God on these matters more than the divinely inspired Moses.

KEVIN HARRIS: OK. One more question today. Actually, this isn’t much of a question. It says,

Mr. Craig, I fail to see how your clinical manner is in any way motivational to the non-Christian to pay attention to your faith. In addition to sterility that borders on outright coldness for anyone outside the snugly embrace of the Christian worldview, your unnecessarily erudite word salad makes a straightforward religion overly complex and less accessible. If your objective is to show your faith in an attempt to convince others to tag along you're going about it in a way that makes no sense at all. Allow me to demonstrate. It's been my experience that anyone who feels it necessary to overly complicate “Love God, love yourself, love others” has no real belief in the Gospel of Christ and thus I have no real motivation to listen to a word they say. My question is: Do you believe in God, and if so, where is the love that flows from such a belief? Because frankly, Mr. Craig, I see no objective, verifiable evidence of that belief reflected in your words or actions. Rosa in the United States.

DR. CRAIG: Well, Rosa, I am certainly sorry if I come across to you as clinical and sterile and cold because I do love the Lord. I do believe in God, and I've given my whole life to his service because I want to share this message with mankind. My love for others is expressed partially by the ministry that I carry out in trying to bring them the life-giving message of the Gospel. I also try to treat those who disagree with me with charity and respect and civility and to turn the other cheek when insulted or maligned. But I think it's evident that Rosa doesn't have an accurate perception of what the Christian faith is. She's writing, I think, as an outsider as certain expressions betray – the snuggly embrace of the Christian worldview, convince others to tag along with you, and then especially when she characterizes the Christian faith as, Love God, love yourself, love others. Nothing there about Jesus Christ. This could be a religion of deism that has absolutely nothing to do with Christ. So how she could possibly think that the Gospel of Christ is summarized as Love God, love yourself, and love others is beyond me. Nothing there about his incarnation, his death for our sins to bring us forgiveness and cleansing and reconciliation to God. But to address more directly her question, I think that in our culture Christianity is much too frequently associated with emotionalism, Bible-pounding, and ignorance, and therefore I perhaps want to tip the scales a little bit to the other side by emphasizing the intellectual credibility of the Christian worldview, the power of the evidence in support of it, and the rationality of belief in Christ and in God. Especially on university campuses I think this sort of message is vitally needed in our day and age because university students have been told that Christians are ignorant, backward, and merely emotion-driven people. So I think it's very important for them to see something of the other side. In this connection, when I first began to talk on university campuses or to debate I would try to hide the logical structure of my argument precisely because I thought people don’t like logic so try to present the argument more rhetorically and persuasively. But what I came to see and eventually began to do is to understand that people like to see the logical structure of the argument explicitly displayed. So I began to number my premises and say, “Here is the argument. Now which premise do you reject and why?” And by focusing on these logical premises one would direct the conversation exactly where it belongs rather than into personal issues and emotional questions. I have found that people, especially engineering students, love this logical approach. They love it! So while Rosa may not find this sort of approach appealing, there are lots of university students who do find this kind of logical, dispassionate approach to issues of faith very appealing.

KEVIN HARRIS: I heard a sociologist once say that people like to be smart. They like to engage their brains and be challenged. But with all due respect to Rosa, I must say that this whole thing is self-refuting and rather hypocritical because she uses a lot of word salad to accuse you of word salad.

DR. CRAIG: True. I thought, “This is a very well-written paragraph.” It is very eloquent. And yet she accuses me of using word salad.

KEVIN HARRIS: She uses words like erudite. She’s being very erudite to say you shouldn’t be so erudite. Then she says, “I see no objective, verifiable evidence” – well, that’s what you talk about in your work!

KEVIN HARRIS: What the rub is, I don’t like it that you may be right. There is just a personal reason for her not wanting you to be right. It might be in the snugly embrace of the Christian worldview.

DR. CRAIG: Yes, I think that given her understanding of the essence of Christianity as just loving God and loving others that she finds this somehow just off-putting to emphasize things like the resurrection of Jesus and his death on the cross for our sins and the need of repentance and faith which I think are essential elements of the Gospel.[1]