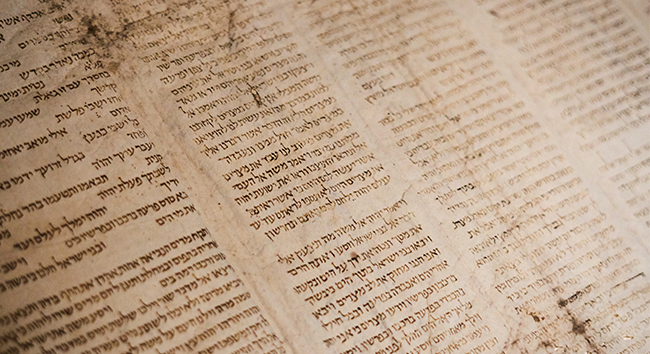 Dr. Craig fields questions on the "Criterion of Dissimilarity", understanding Genesis, and how philosophy, science, and scripture work together.

KEVIN HARRIS: Dr. Craig, we want to thank everyone for responding to the matching grant that we have going on right now to help support the work of Reasonable Faith. A very generous donor has agreed to match whatever a person gives up to $300,000. Take advantage of that. This means, Bill, what? You can have whatever you give doubled during the months of November and December.

DR. CRAIG: It’s incredible. It's a great way to double the impact of your giving. This money will enable us to establish a new project – the William Lane Craig Center for Philosophy, Theology and Apologetics – which we hope to affiliate with an accredited Christian seminary or university and to offer accredited courses based upon my work. So we're building this curriculum. It's going to take a couple of years and a couple hundred thousand dollars. So this grant is vital to the funding of this new and monumental project.

Dr. Craig, can you help shore up one of my question’s responses about the criterion of dissimilarity in evaluating the historicity of Jesus and the resurrection. As formulated in your work the criterion looks at the continuity with either the Judaism that preceded Jesus or the Christian movement that came after him.

DR. CRAIG: Let me interrupt at this point because the question is so long I think we may lose our listeners. He doesn't really explain very well what the criterion of dissimilarity is here and how I apply it. This criterion says that if there's some element of the life of Jesus in the Gospels that is unlike the Judaism that came prior to Jesus but also unlike the early Christian movement that followed him then it is more likely to be historical and be an authentic feature of the historical Jesus than otherwise. I've applied this to the resurrection of Jesus in the following way. The belief in the resurrection of Jesus was radically different from the Judaism that preceded the early Christian movement in that Judaism universally believed without exception that a resurrection never was of an isolated individual but was always a corporate event involving all the righteous or all the dead. Secondly, Judaism universally believed that the resurrection of the dead would take place after the end of the world on the Judgment Day. It was for the purpose of people being judged by God. It was never the resurrection of someone within history. In this respect the early Christian proclamation of Jesus’ resurrection was radically dissimilar to the Judaism that preceded it. Therefore one needs to have some sufficient explanation for what N.T. Wright (a famous New Testament scholar) called these mutations in Jewish belief that were evident in early Christianity. He argues, and I think he's right in saying, that these radical dissimilarities to Judaism are best explained by saying that Jesus in fact did rise from the dead, that the empty tomb and the postmortem appearances of Jesus are in fact historical.

KEVIN HARRIS: So he says,

But what about all the different sects and movements of the time that lack continuity with the past or present. Jesus came during a time of disruptive fragmentation: Pharisees, Sadducees, Essenes and whatever John the Baptist movement would have been considered before Jesus’ earthly ministry. Is it not plausible that a particular passage would be dissimilar in the sense of the formal criterion but lack the true underpinnings of the criterion i.e that at the time written it was untrue but not dissimilar to the movement the manuscript author had in mind. When viewed this way the criterion of dissimilarity seems to give us positive evidence that the passage was not made up later but seems less weighty at a conclusion of historical truth.

DR. CRAIG: Let me interrupt at that point and say I'm not sure I understand his objection. If you show that some peculiar belief held, say, by the Essenes in the Qumran community was very dissimilar to the Judaism that preceded it then that does seem to increase the probability that this is an authentic feature of that Qumran community and the Essene belief system. That doesn't show it's true, but it would seem to show that it's authentic, and doubly so if there wasn't a later movement that also held to these beliefs that could have retrojected it back into the Essene community. So I'm not sure he really understands the way the criterion works. But in any case, when you apply it to the resurrection of Jesus I think there's just no difficulty because in the case of Jesus’ resurrection, despite the disruptive fragmentation in second temple Judaism, despite the different sects like Sadducees and Pharisees and Essenes and the Baptist movement and so forth, none of them believed in the isolated resurrection of an individual apart from the corporate resurrection and no one believed in a resurrection within history as opposed to a resurrection at the end of the world. These are unique aspects to the Christian proclamation that are authentic and that then require some sufficient explanation. The question is then how do you explain these? You cannot explain the origin of the Christian belief in Jesus’ resurrection as something that simply grew out of ordinary Jewish faith in the resurrection at the end of the world.

This is my actual question. How do you reconcile a figurative interpretation of Genesis with a literal faith in God? This is where I'm coming from. It seems that if one part of the Bible can be chalked up to myth, the rest can be as well. I recognize that the Bible has allegories and parables which seem to be easily recognizable and distinguishable from what is intended as truth. But if the Bible is the inspired Word of God wouldn't something as important as the creation of all the work that he had done that was very good be translated to us accurately? What benefit could there be from God allowing myth to take the place of the truth concerning creation. If we can't take him at his word from in the beginning then why worship him? He's either great enough to create the world in six days or he isn't, and if he chose to allow creation over billions of years there is no benefit in suggesting it happened otherwise. God isn't a liar, and to suggest that he started his message to us with a fanciful tale detracts from his abilities and trustworthiness. Misty in the United States.

DR. CRAIG: She seems to be a young earth creationist who thinks that God has created the world in six literal consecutive 24-hour days. I think that that is simply presumptuous. The argument from God's power and ability cuts no mustard there because if God is powerful enough to create the world in six days, he's powerful enough to create it in six minutes or in six seconds. It's not a matter of what God is powerful enough to do. The question is what did he actually do? Now, she recognizes that the Bible has allegories and parables which are not literally true. It also has apocalyptic literature like the book of Revelation which is filled with symbolism and other figures of speech that are not meant to be taken literally. So I would want to ask Misty – how can she be so sure, indeed presumptuous to say, that God cannot reveal to us a primeval history in the first 11 chapters of Genesis in which he employs a non-literal genre of literature to do so, one that is in touch with the ancient world in which ancient Israel lived and which they would have understood. The benefit of doing it this way is that it makes it easy to express and understand but it is not something that you should press for literal truth. I think that when Genesis 2 and 3 describe God as walking in the Garden in the cool of the day and calling out to Adam and Eve or when it describes him as blowing into Adam's nose the breath of life and forming him from the dust of the earth or especially when he forms the woman by extracting a rib from Adam's side and forming it into a woman, this is obviously figurative language because in chapter 1 the author has already told us that God is a transcendent being beyond the universe. He is not a humanoid deity that has a body and can be walking around in the Garden of Eden. So I think Misty needs to be less dogmatic about what God is free to do and what sort of literature God is free to use. I think that there's a very good case that can be made that the genre or the type of literature of Genesis 1 to 11 is not literal history that should be interpreted literalistically but is a kind of mytho-history that is filled with figurative language and metaphor that shouldn't be pressed for literality.

KEVIN HARRIS: I would encourage Misty to go through the Defenders classes on this. She may have interacted a little bit but go through all of those classes at ReasonableFaith.org.

DR. CRAIG: Those lectures are to be found in the excursus on creation and evolution in the Defenders series.

KEVIN HARRIS: Next question from Hungary. It says,

Dear Dr. Craig, I'd like to ask about how you relate Scripture on the one hand and philosophy and science on the other as epistemic authorities. On a Reasonable Faith podcast, and in other places as well, you've affirmed that if the clear teaching of Scripture contradicts a philosophical view, that philosophical view should be rejected. On the other hand, in question of the week number 605 you wrote that if Scripture turned out to teach young earth creationism our doctrine of inspiration would have to be revised. Does this mean that the ranking of authorities on your approach is science then Scripture then philosophy? If so, why not? If not, where did I misunderstand you?

DR. CRAIG: I do not think that there can be a simple ranking of these disciplines, and in that respect I think he's misunderstood me. I would say that this is an interplay of these three disciplines, a kind of synoptic interrelationship between them to help us get at the truth. So, for example, I think in certain cases Scripture does take priority over science. If there should be scientific evidence, for example, that says that human beings have no freedom of the will but are just material objects determined in everything they do, I choose to believe Scripture over that. But if someone were convinced, say, as some are, that the Bible actually teaches flat Earth – that the Earth is flat, not a sphere – and that over the Earth is a hard dome with an ocean above it and that waters come through the windows of heaven in this dome to water the Earth, then in that case I would say that science trumps the teaching of Scripture in that case. We would need to interpret Scripture metaphorically or to say that it's simply wrong in asserting this ancient worldview. I don't know of anybody who thinks that if Scripture teaches a flat Earth that we should believe that the Earth is flat instead of believing what science tells us about the globe. Philosophy tends to be the most uncertain simply because there is no way of settling many of these philosophical questions empirically. Typically one gives metaphysical arguments for and against, and so they are much less certain and much more controversial. I think in arriving at the truth we want to draw upon all of these disciplines – Scripture, science and philosophy – in order to craft a view of the world that makes the most sense of all three.[1]