The Illusion of Design 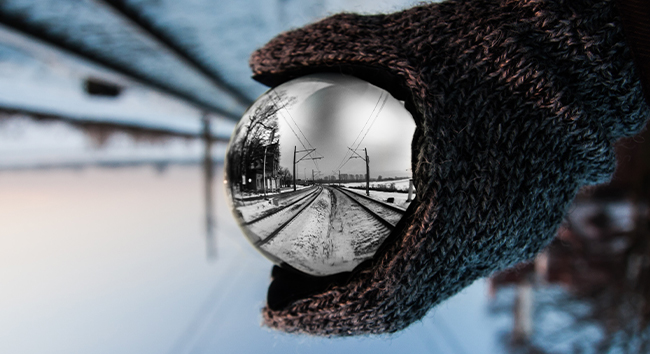 Dr. Craig takes on a skeptic who says the Fine-Tuning Argument is fallacious.

KEVIN HARRIS: Dr. Craig, people send me articles, they send you articles, suggestions for podcasts. We get a lot from a gentleman named Jeffrey Williams. He’s got a blog called “Too late for the gods.” He’s got one that I thought we’d look at here called “The Illusion of Fine-Tuning.”[1] He right off the bat accuses the arguments for intelligent design, of fine-tuning in particular, of being a tautology. So I think right off the bat we should probably talk about what a tautology is.

DR. CRAIG: Yes. A tautology is something that's true by definition. So, for example, “If it is raining, it is raining.” That's a tautology. So it's something of a surprise to see him making this claim. I'm not sure he really understands the word. And so I'm pretty unimpressed when he opens his blog by saying, “Of all the fallacious arguments for intelligent design, fine-tuning of the universe is the most obvious to anyone trained in logic.” Now, when you hear that kind of attitude I think your skeptical antennae should immediately go up. If you think that the argument for fine-tuning is so obviously fallacious that anyone with any training in logic can recognize it then you've got to explain how these great physicists and philosophers have defended such an argument in peer-reviewed journals and in academic books published by the top university publishing houses. One of the advantages of being in my home office here today is to show our viewers some of these books. For example, The Anthropic Cosmological Principle by John Barrow and Frank Tipler is a classic on the fine-tuning argument written by two prominent physicists. The book Universes by John Leslie is a great example of a Canadian philosopher's . . . the fine-tuning argument. Leslie in particular points out that the resort to the multiverse hypothesis is perhaps the best indication that the fine-tuning really does require some sort of explanation. If this argument were as obviously fallacious as Jeffrey Williams thinks then it's inexplicable why contemporary physicists would [resort] to so extravagant a . . . hypothesis as the multiverse in a desperate effort to explain the fine-tuning. Neil Manson has published God and Design which is a book on fine-tuning, again written by a prominent philosopher – an American philosopher this time. Finally, one of my favorites is a book by Geraint Lewis and Luke Barnes, two Australian astrophysicists, called A Fortunate Universe: Life in a Finely Tuned Cosmos. Now, [I can’t] persuade myself that Lewis and Barnes are so obtuse that they would not be able to discern the flaw in the fine-tuning argument if it is obvious to anyone . . . he set up a straw man which then he easily knocks down. You cannot refute the scholarly work of authors like the ones I've just reviewed by saying that this is so obviously fallacious that anyone with a rudimentary knowledge of logic would discern the flaw.

KEVIN HARRIS: It seems that Jeffrey William’s tautology that he's trying to say is – here's the tautology:

You have to assume that man was intended by a designer in order to conclude man is the intent of the designer.

And so he says, I'd like to demonstrate that.

KEVIN HARRIS: OK. The next thing that he goes to – or when he begins to try to flesh out this argument – is something that I think that you've mentioned and that John Leslie has mentioned, and that is,

At the moment of the big bang an array of possible physical laws, constants and causal chains existed; all equally improbable – yet the universe had to follow one of these possibilities.

DR. CRAIG: The point that he's making here is actually one that supports the fine-tuning argument rather than undermines it. I was just bewildered when I read this. The opponent of the fine-tuning argument could reply by saying, “Well, yes, there is this array of possible universes with different constants and quantities in them, and the vast, vast majority of these are life-prohibiting, but [he might say] they're not all equally probable. For some unknown reason universes that are fine-tuned for life have a higher probability of existing and therefore that would explain why we observe a fine-tuned universe.” Now, what the proponent of the fine-tuning argument says is that in the absence of any reason to think that the probabilities are weighted like that you assume a principle of indifference – that's what probability theorists call it: the principle of indifference – where you assume that all of the options are equally probable. It's like a lottery where everyone has an equal chance of winning. Therefore it becomes extremely improbable that the winner of the lottery should be a life-permitting rather than a life-prohibiting universe. So Jeffrey is just completely off base here. He's affirming the principle of indifference which goes to undergird the soundness of the fine-tuning argument.

KEVIN HARRIS: Ironically, he uses the lottery as an illustration here. The Powerball jackpot. He says,

The chances of any one ticket winning are estimated at about 1 in 292 million. Any one of the millions of players faces astronomically improbable odds, yet ultimately somebody wins.  From this perspective it is obvious to most of us that it is merely a matter of chance. If we were to assume this winner was intended by god, however, it all looks very different in retrospect.

DR. CRAIG: Again it just shows he doesn't understand the argument. And you know what's amazing about this is in my book On Guard which is for beginners (beginners!) in apologetics I explained the fallacy of this appeal to the lottery. The fine-tuning argument isn't trying to explain why this particular universe exists. It's not trying to explain why this particular ball in the lottery was chosen. Rather it's trying to explain why a life-permitting world exists rather than a life-prohibiting world. So the correct analogy would be a lottery in which you have trillions and trillions and trillions of white ping pong balls mixed together and then you throw in one orange ping pong ball. And they're all mixed up, and then one ball is chosen at random from the horde. Now, whichever ball is picked is equally improbable – each ball has the same chance of being chosen. Nevertheless, the odds are overwhelming that whichever ball is chosen it will be white rather than orange. That's the point of the analogy. All of these possible universes have an equal probability of existing, and almost all of them are life-prohibiting. Therefore if the existence of the universe is by chance alone the odds are overwhelming that it would be a life-prohibiting rather than a life-permitting universe. So poor Jeffrey has just misunderstood the fine-tuning argument from start to finish.

KEVIN HARRIS: OK. A little further down he brings up that there are 26 constants that define our universe. Is that the number of constants that astrophysicists generally use, if you recall? I thought it was more than that actually.

DR. CRAIG: That struck me as well, and he doesn't give a footnote as to where he gets this figure. I’ve never seen that figure given for the number of constants and quantities that are finely tuned.

But the part that many people fail to grasp is it doesn’t matter. . . . one [universe] still had to be realized at whatever odds.

DR. CRAIG: Yes. And virtually all of them are life-prohibiting. You see he doesn't understand the proper analogy. Some universe or other had to exist, but whichever universe existed it's overwhelmingly more probable that it would be life-prohibiting rather than life-permitting. Therefore the fact that it is a life-permitting universe cries out for explanation. And that’s why, as I said, a good number of physicists today are resorting to the multiverse hypothesis. They want to multiply their probabilistic resources to make the chances of a life-permitting universe more tractable. If you have 500 roulette wheels spinning at the same time then your chances of getting 20-red are a lot greater than if it's just one roulette wheel spinning. Similarly, the multiverse hypothesis is an attempt to make the odds of the existence of a life-permitting universe more tractable. Scientists wouldn't be resorting to so extreme a metaphysical hypothesis as a multiverse if Jeffrey were right that the argument is just a tautology and that there's nothing here to be explained.

KEVIN HARRIS: Of the three options that you spell out – the fine-tuning was either due to chance, necessity, or design – he seems to be combining chance and necessity here in this, if I'm getting it. I mean, he thinks it's just a necessity that it was bound to happen, that it was inevitable. And so what would that be? Would that be necessity? But then he also talks about chance.

DR. CRAIG: I think he's just appealing to a pure chance hypothesis without recourse to the multiverse. That it's just by chance. The reason that he thinks that is because he thinks that the fine-tuning argument is trying to explain why this universe exists out of all of the possible universes that could exist. And he wants to say that whichever universe exists is equally improbable so there's nothing to be surprised about – nothing to be explained. And that's like in the lottery example: whichever ball is picked is equally improbable. That’s right. But it is overwhelmingly incomprehensibly more probable that the ball that is picked will be white rather than orange. It will be a life-prohibiting universe rather than a life-permitting universe. Therefore his attempt to avoid the argument by simply saying that some universe or other had to exist and that they're all equally improbable is an irrelevance.

KEVIN HARRIS: In conclusion, he concludes the article, I guess he's been reading Richard Dawkins because he says,

. . . the universe only appears to be intelligently designed from something akin to a narcissistic human perspective, and as with all narcissistic perceptions it is an illusion.

The illusion of design. It looks designed, but it's not.

DR. CRAIG: This is just foolishness. It's rhetoric. I find it personally insulting when he concludes that the fine-tuning argument is a tautology that any freshman in college should recognize. People like Luke Barnes and Geraint Lewis and Barrow and Tipler and John Leslie are far, far smarter than college freshman. So it is really only a demonstration of Jeffrey’s own arrogance and ignorance that he should say such insulting things to the proponents of the fine-tuning argument.[2]