Has Bart Ehrman Changed His Mind? 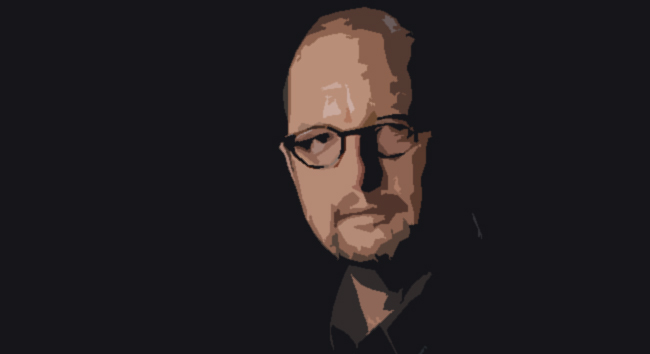 K: Dr. Craig, Bart Ehrman has been doing a lot of heavy thinking lately. A lot of people have sent me this article, saying, Wow, check this out. It got a lot of people’s attention because the title of the article is “A Revelatory Moment about ‘God’”[1] from Bart Ehrman who is a great and well-known textual critic. He de-converted from Christianity. You’ve had an opportunity to debate him. Basically he spells out his agnosticism. He says he has a meditation practice, and he has been meditating on consciousness a lot. But then some things occurred to him. I think we can sum it up this way. What occurs to him is that,

So he has this hierarchy here.

Humans can and do recognized, analyze, study, think about, reflect on these other forms of life.

He is just saying that we all think (we, as people, think) that we are the pinnacle of life and that there is nothing above us. If a slug or a dandelion or something had thinking abilities, it would think the same thing. So he says, How can I know whether there is a superior intelligence or a superior being above me? He says in the same way the panther may not know that, or the rock or the dandelion may not know that, how can I know that that is? He just seems to reaffirm agnosticism.

C: I think that’s right. All Ehrman has done here is to present an argument that deepens his agnosticism about God by claiming that it is impossible to know whether there is some order of being higher than you are. I think many people have misunderstood this blog. From what I have seen, folks think that Ehrman is saying that human beings have awareness, intentionality, self-consciousness, and so forth, and that these cannot be adequately explained on a purely materialistic basis, and therefore there must be minds, and there could be an order of mind or intelligence higher than us. That is not his argument at all, unfortunately. I wish it were. I have defended in my work an argument for God’s existence based on intentionality. This figures in my debate with Alex Rosenberg, for example, where I argue that intentional states of consciousness would not in all probability exist on a purely naturalistic worldview because all you have is just matter in various complex configurations. Mind and intentionality are not capable of being a property of a purely material object. I think that would be a great argument for saying that there could be higher states of being than we are. But that is not his argument, as you quite rightly point out. He just wants to say that in the same way that these lower levels of being cannot know that there is something above them or not, so we cannot know whether there is something above us or not.

And so really, agnosticism is the ONLY option.  Not in the sense of a shoulder shrug, “Hey, how would *I* know?”  but in the sense of a deep thoughtful response – I have precisely no way to adjudicate the view, one way or the other.

C: It is the “only” option – we have to be agnostics, on Ehrman’s view. I think you can see he just cemented himself into his traditional position. What argument does he give here for this? The argument is that when you look at lower forms of life that do not have self-consciousness, rationality, and freedom of the will (in other words, that are not persons), they cannot conceptualize higher forms of life. But that provides no justification whatsoever for his claim that we cannot conceptualize higher forms of being and think about them and ask whether or not they exist. Clearly we can and we do. So Ehrman’s argument is flatly refuted by philosophical reflection and experience which does deal with these sorts of questions. We did a podcast some time back about what is the faculty or organ that God has given to human beings for discerning his existence. The blogger quite rightly pointed out – it’s reason. Reason is the faculty that God has given us for discerning his existence. Ehrman just doesn’t seem to grasp the point. He thinks that we are still in a sense stuck on the same level as these lower level, non-rational, non-self-conscious beings, and there is no good reason to think that.

K: He wraps it all up by saying,

I am obviously not urging a return to traditional religion.  This insight decidedly does NOT justify anyone in saying, “See, I was right – my view of God is plausible.”  Your view of God might be completely *implausible* and based simply on what you heard from people living 2000 or 3000 years ago who were generally far more ignorant of the world than we are and were simply doing their best to figure it out.  So my insight does NOT argue that there must be a (single, Jewish or Muslim, or Christian) God, or archangels, or demons, or whatever.  For me those are just mythological constructs that are trying to make sense of it all.

C: Yeah, that’s fine if he wants to believe that. But he doesn’t have a good argument, I think, for his claim that agnosticism is the only option, that we have no means of discerning whether or not there are higher levels of reality. I noticed in the previous paragraph, he gives the example of these lower life forms, and he says,

But they can’t imagine something higher than them. So what make us think we would have the capacity to imagine whatever it is that is above *us* in the pecking order?

The answer is: reason! Reason is what gives us the ability to imagine higher orders of reality and to try to understand them. So this is not, as he says, pure arrogance or hubris. It means that we as human beings are gifted with a faculty that these lower forms of life are not.

K: In the last two sentences he wraps it up by saying,

If superior forms of intelligence and will do exist, I would literally have no way of knowing. And how many different forms/levels could there be?   God knows. So to speak.

I guess there could be two approaches. He says there is no way to know. Your argument from intentionality, argument from consciousness, or argument from reason that you mention would address specifically that epistemological concern that he has. But what about revelation? What if this being chose to reveal himself to us? He discounts that.

C: That’s a very good point. We are thinking here that we have been abandoned to our own devices to figure out what higher orders of being exist. But, of course, the biblical view is that God has graciously condescended to reveal himself to us through Jesus Christ and other means and by miraculous acts like raising him from the dead as a vindication of his truth. So you are quite right in drawing our attention not only to these natural means of knowing God exists (like reason and arguments for God’s existence) but divine revelation as well.[2]